Discover editors select the most world-changing science and technology developments of the past year. 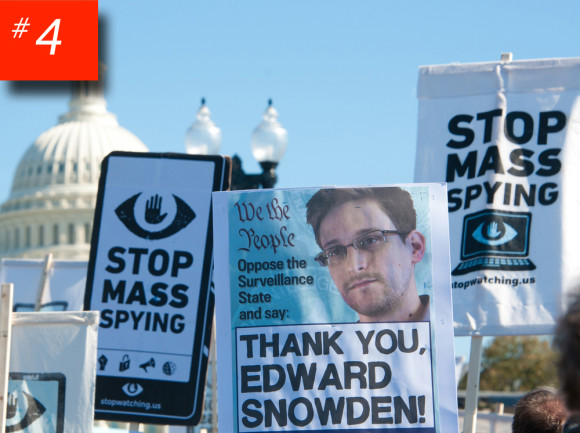 When Edward Snowden leaked top-secret documents about the U.S. government's surveillance activities, it created an international firestorm. The leaks revealed the flimsiness of our veil of privacy in the digital age. In the months since, it has reframed the terms of the privacy debate at large.

Today's privacy protections largely pertain to content. But Snowden's revelations focused new scrutiny on metadata: the who, what and when of our daily, tech-driven lives, which is being generated and stored in ever-increasing volumes.

"Metadata is more robust and detailed than content," says Paul Rosenzweig, a former Department of Homeland Security official. "It may be we're reaching a point where metadata is content." 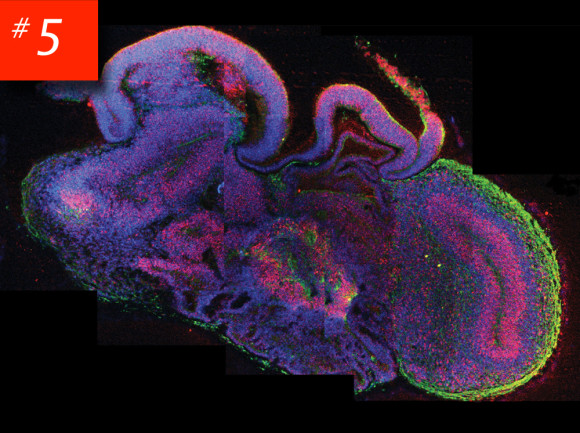 Researchers around the world are using stem cells to grow the precursors to replacement tissues and organs. 2013 saw impressive breakthroughs in a couple of these research projects.

In Austria, neuroscientists developed brain organoids — cell formations that mimic regions of the brain — from both embryonic stem cells and from reprogrammed adult cells.

And in Oregon, researchers perfected a new way of creating stem cells from adult cells, by transferring the nucleus of a skin cell into an egg and then coaxing it to develop. These could be valuable future therapeutics, since replacement tissues made from them shouldn't trigger immune system rejection. 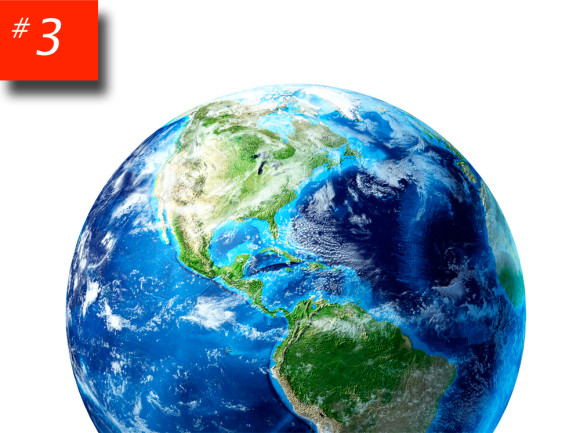 On May 9, the atmospheric concentration of carbon dioxide reached 400 parts per million atop Hawaii's Mauna Loa volcano — a level not seen for millennia.

Although there are no real or observable changes as a result of crossing this threshold, CO2 levels are still rising, and fast. In the coming decades, experts predict, those rising numbers will be accompanied by ever more visible impacts. 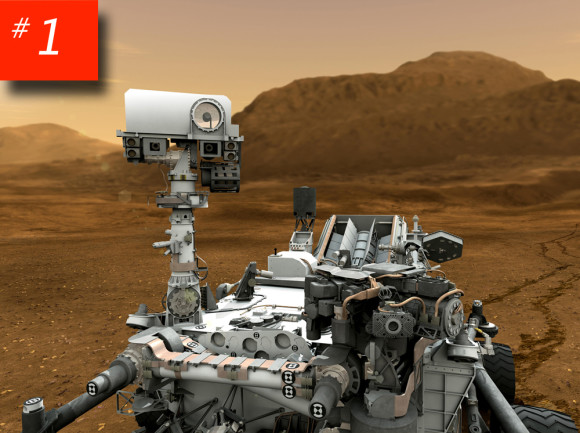 In record time, the Curiosity rover has accomplished its main goal: determining whether the Red Planet was once habitable. The answer is a resounding "yes."

An ancient dry streambed indicated the presence of water, and X-ray spectroscopy revealed key chemical ingredients for life in the bedrock.

In addition to looking at signs from the past, the rover is also informing the future. Radiation measurements taken en route to the planet will help engineers one day design a manned mission to Mars.

And you'd better believe that will be Discover's #1 story when it happens. 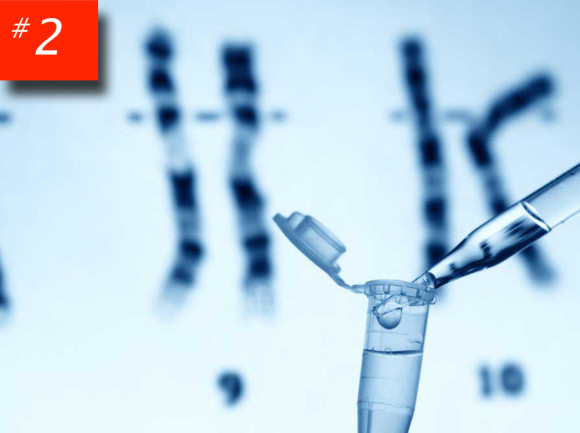 Over the last three decades, 40,000 patents on DNA molecules have been issued, covering one in five human genes. Biotechnology companies claimed such patents were necessary to make genetic research financially viable. Doctors and scientists, on the other hand, claimed that gene patents stymied research and hurt patients.

The Supreme Court finally weighed in this year, in a case centered on Myriad Genetics' patents on the BRCA1 and BRCA2 gene sequences. The company has had a monopoly on testing these genes for mutations that contribute to breast and ovarian cancers.

In June the Court ruled that naturally occurring DNA sequences cannot be patented. The decision brought about an immediate expansion in genetic testing alternatives for patients, both for BRCA and other genes. But since then, Myriad has filed new lawsuits to protect its BRCA test, and the outcome remains to be seen. 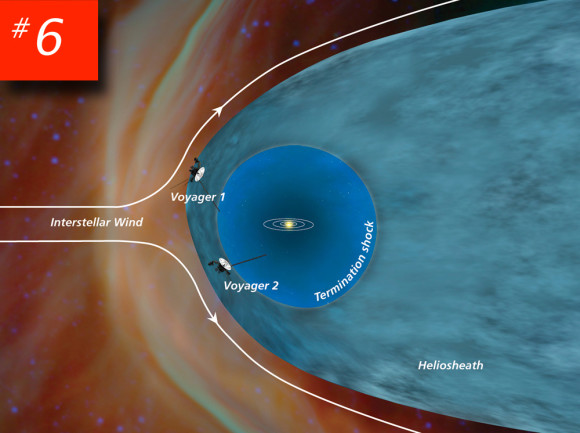 After many false alarms in recent years, NASA confirmed in September that Voyager 1 has become the first human-made object to reach interstellar space.

They've got three pieces of evidence to prove it. The first two were pretty straightforward: A drop in solar wind and a bump in galactic cosmic rays. These changes are to be expected when an object leaves the area of the sun's influence.

But the third bit of evidence — the one needed to say for sure that the spacecraft was in uncharted territory — was only made possible by a serendipitously timed explosion on the sun.

As charged particles released by the explosion reached Voyager 1, one of its instruments was able to measure the density of the plasma surrounding the spacecraft — and that data confirmed that the spacecraft had gone interstellar. 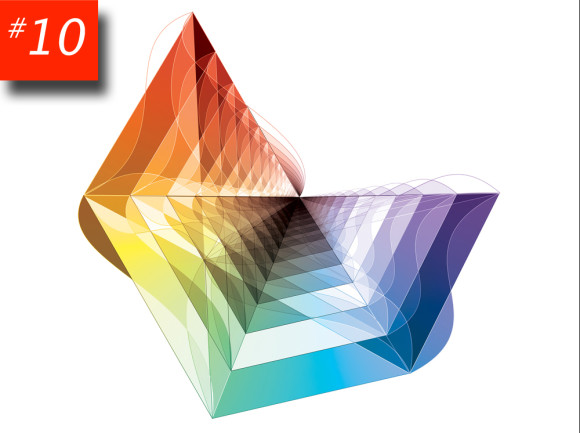 What happens after subatomic particles collide? Physicists have filled volumes with diagrams trying to answer that question. But a new geometric shape called an amplituhedron offers a simplified equation.

So far the shape's equation can only describe theoretical scenarios; it doesn't work in the real world. But because the shape doesn't exist in space-time, it supports physicists' suspicions that our current model of the universe is incorrect in the first place.

The amplituhedron offers a glimpse of what a strange new world of all-new physics could look like. 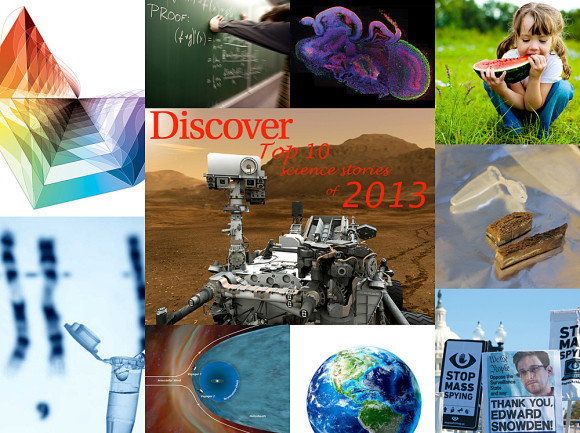 2013 was a remarkable year for science. Some long-awaited developments came to pass: Childhood obesity dropped for the first time in decades, Voyager 1 entered interstellar space, and the Supreme Court ruled that genes cannot be patented.

An even longer wait accompanied another breakthrough. A pair of prime-number puzzles that had befuddled mathematicians for centuries were cracked this year.

And a less positive, but long-predicted, milestone was marked: Atmospheric carbon dioxide exceeded 400 ppm for the first time in millennia.

On the other end of the spectrum, some discoveries came sooner than expected. In less than a year on Mars' surface the Curiosity rover fulfilled its mission of determining whether the planet could have once hosted life, delivering a resounding "yes." Remarkable progress was made in growing organs from stem cells, a promising future source of spare human parts.

And some developments caught the world by surprise. The extent of phone and internet surveillance by the National Security Agency, revealed in leaks by Edward Snowden, has forever changed the debate about technology and privacy.

These stories and more make up the Discover top 10 science stories of 2013, from our special double issue The Year in Science. So without further ado... countdown please! 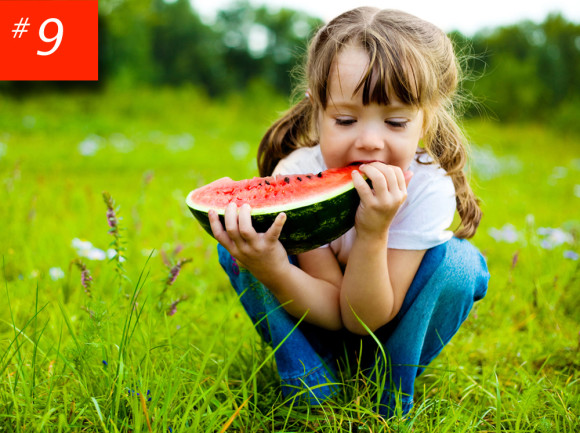 Whether you call it a disease, an epidemic, or a trend, childhood obesity is a big problem in the U.S. But for the first time in three decades, the numbers seem to be on the decline.

A study of 12 million American preschoolers suggests that efforts to promote better nutrition and more exercise are finally paying off. The implications go beyond preschools, too, since young children's weight is a good indicator of their future health. 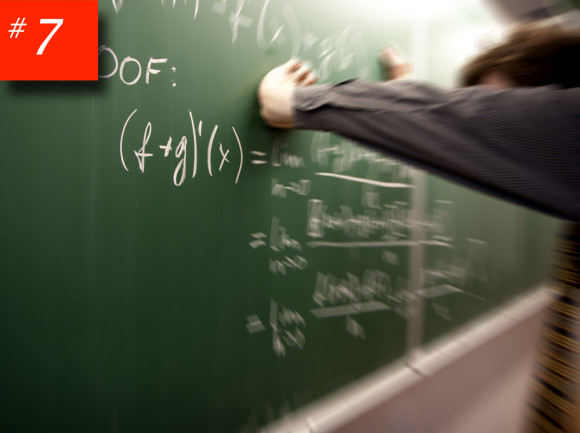 Prime numbers are the building blocks of mathematics; all numbers can be formed by multiplying them together. But mathematicians still struggle to answer two fundamental questions about prime numbers:

One, what is the universal relationship between consecutive prime numbers up to infinity?

And two, can all numbers be described as a sum of prime numbers?

Centuries after these calculations were begun, two meticulous mathematicians finally came up with partial answers to both questions this year. 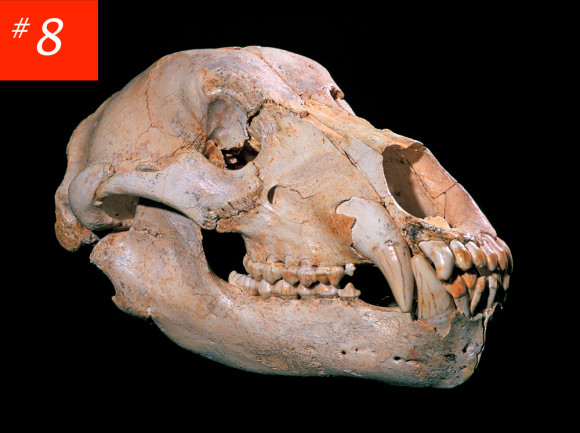 In July, researchers were able to extract and sequence the genome of an ancient horse from a foot bone found frozen in Canada's Yukon Territory. It clocked in at 700,000 years old, blowing the previous record-holder out of the water.

Then, a few months later, another team published the genome of a cave bear from Spain. While the bear was younger — only 400,000 years old — its bones hadn't been preserved in permafrost for millennia like the horse's, which makes the feat all the more impressive.

Now those same researchers are turning their attention to the genomes of ancient humans.