After centuries of flummoxing number crunchers, two mathematical puzzles about prime numbers were cracked this year. 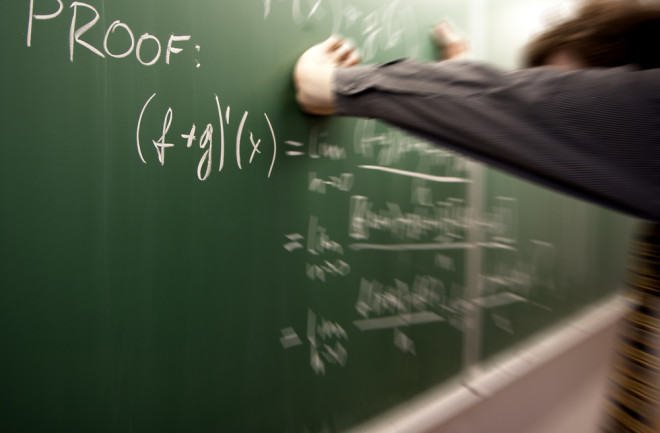 Prime numbers — those divisible only by 1 and the number itself, like 5, 11 or 37 — are like the atoms of mathematics: All numbers are formed by multiplying these building blocks together.

But what happens when you add a number to a prime number? When will the sum be prime? Or, conversely, when is a number a sum of primes? Mathematicians have been working to answer these fundamental questions for centuries, and on the same day in May, two mathematicians finally found tantalizing partial answers to both of them.

To imagine the answer to the first question, start by adding the number 2 to a prime. When the sum is also prime, the pair is called a “twin prime,” like 5 and 7. As numbers get bigger, primes become more rare; you might then expect the spacing between them to grow consistently larger, too, so that very large twin primes would never occur.

But conjecture is all it was until May 13, when a nearly unknown mathematician, Yitang Zhang of the University of New Hampshire, made a serious dent in the twin primes conjecture. During a talk at Harvard, he presented a proof of the related, general conjecture that as prime numbers increase toward infinity, the spaces between them — counterintuitively — do not always do the same: No matter how big prime numbers get, you’ll always find pairs of them that differ by, at the very most, 70 million.

Admittedly, 70 million is a lot bigger than 2, so the twin primes conjecture remains unsolved. But Zhang established for the first time a necessary (and supremely difficult) first step — that the spread between successive primes does not increase toward infinity.

On the same day Zhang emerged from obscurity to reveal his stunning proof, Harald Helfgott of the Ecole Normale Superieure in Paris cracked another famously elusive problem involving prime numbers — a variation on the Goldbach conjecture, which claims that every even number greater than 2 is the sum of two primes. (For example: 16 = 5 + 11.)

Instead, Helfgott posted a proof of the “odd Goldbach conjecture,” which states that every odd number above 5 is the sum of three primes. (19 = 3 + 5 + 11.) It’s a big step in the right direction because the full Goldbach conjecture implies the odd version: Just take your odd number (say, 19), subtract the prime number 3 (now you have 16), and apply the Goldbach conjecture to the resulting even number. (16 = 5 + 11.)