In May, the amount of CO2 in our atmosphere crossed this long-hyped threshold, setting off a storm of media coverage. But how significant is the milestone? 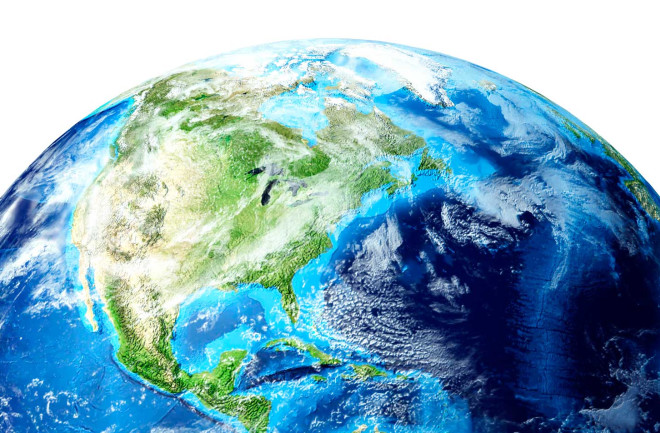 On May 9, instruments atop Hawaii’s Mauna Loa volcano pegged the atmospheric concentration of carbon dioxide (CO2) — the gas that contributes most to global warming — at slightly above 400 parts per million (ppm).

Pieter Tans, senior scientist with the National Oceanic and Atmospheric Administration (NOAA), and his colleague Ralph Keeling, director of the CO2 program at the Scripps Institution of Oceanography, had been watching the concentration climb ever closer to 400 ppm — a level not seen in millennia.

They realized that reaching such a big, round number was “an opportunity to remind the world that CO2 is rising fast, and that the rate of rise in the last decade has been the fastest recorded,” Tans says. They also knew that “the press was looking over our shoulders, and of course they were going to announce it.”

So Tans and Keeling decided to get the word out first, by issuing a pair of press releases on May 10. Journalists jumped on it, calling 400 ppm a “grim” and “long-feared” milestone.

Global warming became big news for the first time during the hot summer of 1988 when now-retired NASA climate scientist James Hansen testified before Congress that the trend was not part of natural climate variation, but rather the result of emissions of CO2 and other greenhouse gasses from human activities. By that point we had already passed 350 ppm.

So in spring 2013, the approach of 400 ppm seemed like a significant, new threshold — the first one we’ve reached since climate change started making headlines regularly. But it is both an artificial and fuzzy symbol. Nothing fundamental actually changed in Earth’s climate system when we hit it.

“It’s not that different from 390 or 410,” Tans points out. And even as the instruments in Hawaii indicated that we had reached the milestone, the global average concentration of CO2 was a few points lower. That’s because Hawaii is in the Northern Hemisphere, where most CO2 from fossil fuel burning comes from.

To make things even fuzzier, the CO2 concentration in Hawaii quickly dipped below 400 ppm as plants greened during the Northern Hemisphere’s growing season, soaking up CO2 through photosynthesis.

Over the long term, CO2 will continue to increase, bringing growing risks from sea level rise and disruptions to weather patterns. But it will take a couple of years — until about 2016, Tans estimates — for annual global-average CO2 levels to surpass 400 ppm.

For James White, a paleoclimatologist at the University of Colorado, 400 ppm is “a mile marker you pass on the interstate while flying by at 60 mph.” And he expresses few doubts about the road ahead. “We’re blowing the doors off 400.” He would not be surprised if we get to 800. “That will be the next big milestone, and that’s a fundamentally different world.”

Over centuries, that amount of atmospheric CO2 could cause enough warming to melt all ice on land and bring the sea level up by 80 meters — enough to submerge Bangladesh and almost all of Florida.