New techniques and very old bones overcome the limits of genome sequencing for prehistoric horses, ancient cave bears, and even our own early ancestors. 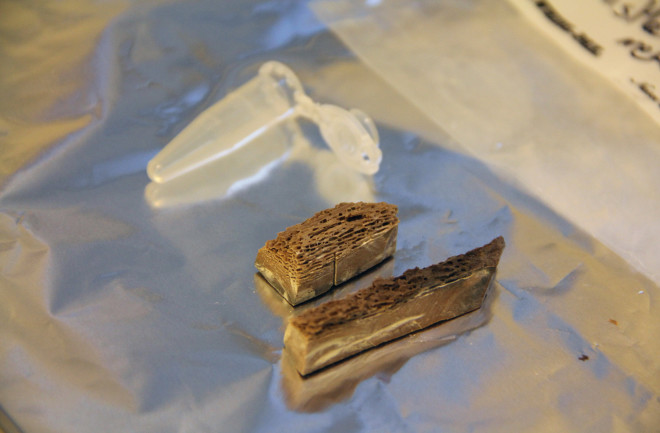 For millennia, the stories of long-extinct species — including our own progenitors — have been buried with their skeletal remains. But in 2013, ultramodern DNA extraction and sequencing techniques enabled researchers to access ancient genetic codes and translate their evolutionary tales: Researchers in Denmark reconstructed a record-breaking 700,000-year-old horse genome, and geneticists in Germany began parsing the DNA of 400,000-year-old hominids.

Geologists saw the first glint of the horse’s history in 2003 when they plucked its toe bone from permafrost in a remote Yukon gold mine. The uninterrupted freeze of the permafrost preserved DNA in the horse bone, but since DNA decays into smaller and less intelligible fragments over time, the specimen seemed too ancient to analyze. “When that fossil was found, no one would have believed that we could get DNA out of it,” says Yukon government paleontologist Grant Zazula.

Armed with a decade of improvements in next-generation sequencing techniques, Denmark-based evolutionary geneticist Ludovic Orlando could finally piece together what was left of the bone’s DNA. Using what’s called true single molecule sequencing, Orlando lit up the A’s, C’s, T’s and G’s, one by one, to assemble the horse’s genome — six times older than any nuclear DNA specimen ever sequenced.

The results, published in July, radically revise the timeline for equine evolution, revealing that the common ancestor of contemporary horses, zebras and donkeys originated at least 4 million years ago, twice as far back as previously thought.

Deciphering human DNA of the same vintage seems like it should be next on the docket. Here’s the catch: No comparably ancient human skeleton has been found preserved in permafrost. Weathered hominid bones — and their decaying DNA — are generally discovered in temperate caves, like the one in Spain’s Atapuerca Mountains, whose collection of these remains is among the world’s largest and oldest. “This is a dream site for studying the ancestors of Neanderthals and perhaps modern humans,” says evolutionary geneticist Svante Pääbo.

But getting a DNA sample from a bone means drilling a hole in it, and archaeologists were not about to let geneticists go to work on the deteriorating human skeletons without some guarantee of a genome. So Pääbo’s team procured a similarly degraded non-human specimen from the same rocky dwelling for their proof of concept, published in August: the genome of a 400,000-year-old cave bear.

The Germany-based team developed two advances to get and use more of the bear’s genetic information from its bones. First, they salvaged DNA fragments degraded down to as few as 30 base pairs (by comparison, fragments from the frozen horse bone averaged 78 base pairs). Second, they separated the complementary strands of DNA in these fragments before sequencing so they could still use one half of the double helix even if the other half were damaged.

Now Pääbo’s team is applying these techniques to Atapuerca’s ancient hominids to pinpoint changes in the human genome and determine when they occurred. “If we can see things directly — things that were alive 400,000 years ago,” says Jesse Dabney, a doctoral student involved with the project, “we can get a clearer picture of our own evolution.”

[This article originally appeared in print as "Extracting Family Trees From Ancient Genomes."]