More than three decades after it left our planet, Voyager 1 entered a realm where no Earthborn spacecraft has gone before. 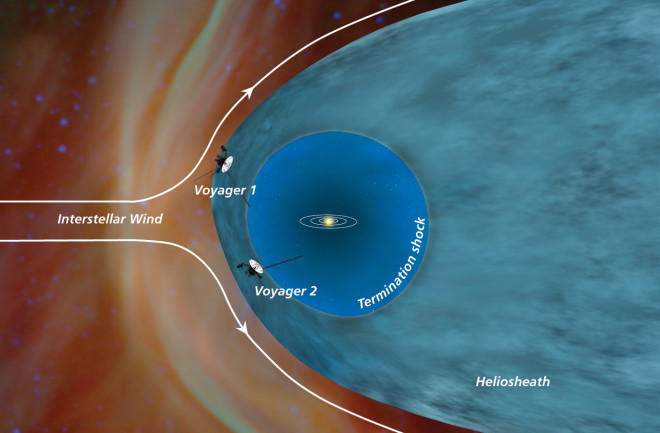 It took more than 35 years and a journey over 15 billion miles, but: “Voyager 1 is the first human-made object to make it into interstellar space — we’re actually out there,” says Don Gurnett, lead author of a September Science paper announcing the feat.

The probe first gained fame in the 1970s and ’80s with visits to the solar system’s outer planets; it’s been racing toward this next milestone ever since. In recent years, various scientists had prematurely trumpeted Voyager 1’s crossing into interstellar space, the area dominated by gas ejected from other stars. This time, however, NASA’s scientists are sure, thanks to three key pieces of evidence — two of which were published earlier in 2013.

First, astronomers announced that Voyager 1 had recorded a steep drop in the “solar wind,” a stream of charged particles emanating from the sun. At the same time, the spacecraft also detected a corresponding uptick in galactic cosmic rays, ultrafast particles that come from outside the solar system.

This waning of the solar wind amid growing gusts from interstellar space suggested Voyager 1 had crossed the edge of the heliosphere, the bubble of charged particles blown by our sun that surrounds the solar system. At the bubble’s edge, the expansion of the sun’s hot, ionized gas, or plasma, is halted by the pressure of cooler, denser plasma in the space between the stars.

But that wasn’t enough to prove that Voyager 1 had sailed through the heliosphere; knowing for sure required determining the density of plasma bathing the spacecraft. Alas, Voyager 1’s plasma sensor failed back in 1980, near Saturn. Fortunately, it still has a working plasma wave instrument, which measures the frequency of plasma vibrations (as opposed to the density). All the instrument needed was something to set the surrounding sea of plasma in motion.

A lucky explosion on the sun fit the bill: When this blast of charged, magnetic particles reached Voyager 1 in April, the instrument detected these vibrations and revealed the plasma to be more than 40 times denser than previously measured in the heliosphere. Combined with previous data, this was consistent with an escape into interstellar space at the same time as the measured drop in the solar wind.

“It all really fits,” says Gurnett. “That’s why we’re so confident this is the answer.”

Voyager 1 has enough power in its nuclear generator to send dispatches until the mid-2020s. Beyond that, its momentum will carry this most distant and devoted scout silently toward the stars, a testament to humanity’s will to explore.