A new technique reveals the molecular structure of hard-to-study compounds. 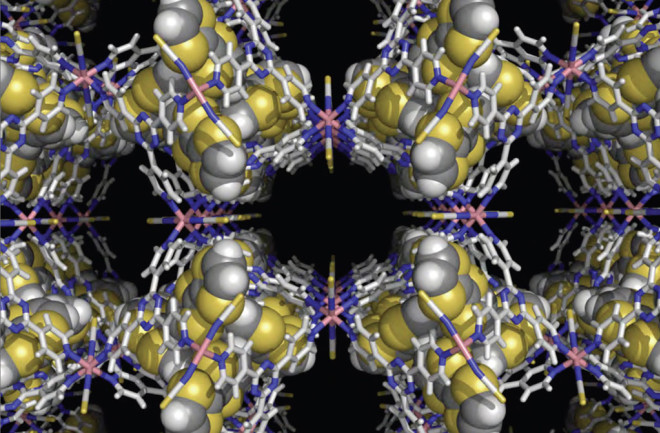 Determining a molecule’s 3-D structure — important for drug development, forensic science and food production, among other fields — has never been easy. A popular method is a technique known as X-ray crystallography: Compounds are placed in a solution that promotes crystal growth. A single crystal is isolated and bombarded with X-rays, and the resulting patterns of diffraction are analyzed for clues about the molecule’s architecture. Some substances resist crystallization, but a technique introduced in March may help chemists map their dimensions as well.

Makoto Fujita and his team from Japan’s University of Tokyo created scaffolding-like crystalline structures known as metal-organic frameworks, or MOFs, whose empty spaces can soak up molecules and provide an ordered array that enables the molecules to then be characterized by X-ray analysis. The discovery was quickly hailed as a game changer for its ease, efficiency and performance with substances that refuse to crystallize.

Initial setbacks this summer caused chemists to question the transferability of Fujita’s finds to a wide range of compounds. But then in October, independent teams of researchers in Kyoto and at MIT successfully applied Fujita’s protocol to other molecules, drumming up excitement all over again about the potential Fujita’s work holds for future applications.

[This article originally appeared in print as "New X-Ray Vision for Chemists."]