Top 10 Cold Weather Animals and How They Thrive

Would you have what it takes to thrive in the cold? 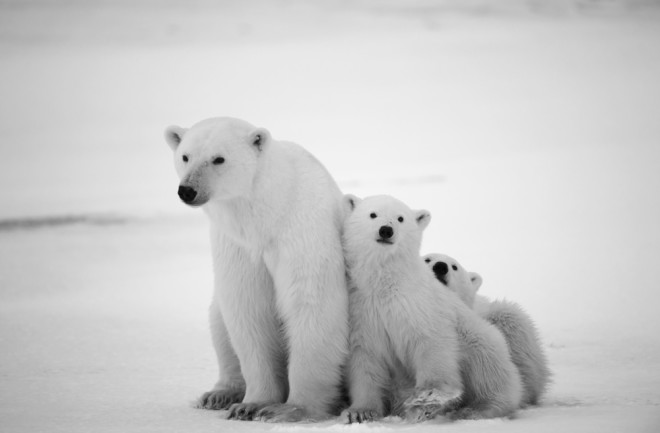 December is here and so is chilly weather. That is, if you live in a place where it does get chilly. For these 10 animals, where they live, it's always cold. They are known as chionophiles, or organisms that love and thrive in the snow. These cold-weather animals have evolved to stay warm and well-fed even in the most frigid conditions. Find out how below!

Cue the Harry Potter theme music! Snowy owls have become one of the most popular owl breeds around the world. They are typically found in North America, among the Arctic Circle and down into the northern United States. They can be found in Europe and Asia, as well.

Snowy owls are incredibly smart and agile birds of prey. They eat small mammals like mice and rabbits. However, the ones that live in the Arctic year-round tend to live off lemmings. Snowy owls are also the heaviest owls in North America, weighing in at about four pounds due to their thick, insulating feathers. Unlike most owls, snowy owls are not nocturnal, mostly because of the long daylight hours of the Arctic Circle.

It's possible to see snowy owls when they migrate to the northern United States for the winter. Keep an eye out for them during the day. They tend to perch on fence posts or tree branches. The owls’ white and black speckled feathers blend in with their surroundings, so watch for their striking yellow eyes.

Check out information, photos, and videos of these cold-weather animals from the Cornell Lab.

The Arctic hare is without a doubt one of the most adorable cold-weather animals around. Unlike other rabbit breeds, Arctic hares do not hibernate during the winter. Instead, they have adapted to the tundra with their thick fur and shortened ears. During the winter, their fur remains a brilliant white to match the snow. However, during the spring it changes to a grayish blue to blend in with the rocks and other surrounding vegetation.

Since Arctic hares are prey animals, they have adapted speed and agility through the ice and snow, often reaching speeds of 40 miles per hour!

Arctic hares feed on roots, berries, mosses, and other vegetation, and were once a vital source of food and clothing for Native American tribes.

Just as adorable as the Arctic hare, these cold-weather animals have learned to adapt and survive the tundra in similar ways. Again, like the hare, the Arctic fox has shorter ears and snout as compared to other fox breeds. Shorter extremities are easier to keep warm. The Arctic fox can survive in temperatures as low as –58°F! Its furry toes and fluffy tails also aids  in keeping the Arctic fox warm.

The Arctic fox hunts for small mammals and is known to even follow polar bears around to eat  their leftovers. When food is scarce, they will eat vegetation, as well. Their fur is pure white during the winter but changes to brown/gray during the warmer months to help it stay camouflaged.

Check out some of these great photos of Arctic foxes from National Geographic.

Snow leopards are majestic cold-weather animals that live in the mountains of Asia. Their gray-white pebbled fur helps them camouflage perfectly into the mountain landscape. They blend in so well; they have been referred to as "ghosts of the mountain." Snow leopards have strong back legs that can propel them six times their length and a long tail for balance and warmth.

The snow leopard lives mostly on mountain sheep, ibex, pikas, and marmot. While these cold-weather animals are incredibly beautiful, their species is threatened. Climate change, habitat loss, food scarcity, and poaching are major threats to the snow leopards' way of life.

You can find how to help snow leopards by checking out the World Wildlife Foundation (WWF).

The walrus is a unique-looking cold-weather animal. They can grow up to 11 feet long and weigh over 1 ton! Let's not forget their furry mustaches and long tusks. Their tusks are large canine teeth that continue to grow throughout their lives. Walrus use their teeth for a variety of things, including dragging themselves out of the cold water and across the ice.

The walrus is a unique species. Because of their blubber and tusks, they were often poached and hunted for fuel and trade. However, they are at risk from something else entirely now – climate  change. Due to receding ice in the Arctic Circle, there is less space to hold the migrating walrus as they make their way to their food sources. Instead, they have been gathering on smaller, rocky islands that can’t possibly hold them all. Some have drowned while others have fallen from cliffs after trying to find a place to rest.

This is a clip from the Our Planet special on Netflix featuring David Attenborough. It’s very difficult to watch, so viewers' discretion is advised.

Penguins are the best-dressed cold-weather animals around. An interesting fact about penguins:, While there are 17 different species of this flightless bird, only seven of them are found in the frigid landscapes of Antarctica. The emperor penguin is one of them. These birds have been seen in popular movies like Happy Feet and March of the Penguins.

Compared to other penguin species, the emperor penguin is the largest, standing about four feet tall and weighing up to 100 pounds. They have thick black and white feathers with orange and yellow plumage around their head, neck, and chest.

To stay warm on the harshest winter nights, emperor penguins huddle together in an ever-rotating circle to keep themselves and their chicks warm.

Beluga whales are another unique cold-weather animal. Early sailors noted how much these whales squeaked and chirped, nicknaming them "the canaries of the sea." Beluga whales are social animals that hunt and migrate in pods. They can grow up to 22 feet long and weigh over 1 ton. Their facial features can change, which makes it appear as if they are making expressions.

Beluga whales are an important part of the ecosystem; however, due to oil drilling and ocean noise their habitat and health is at risk. You can help out these beautiful creatures through the WWF.

Yet another adorable cold-weather animal, harp seals have thick, oily fur and lots of blubber to help them stay warm in the frigid waters of the Arctic. Baby harp seals keep their fluffy white coat until they are about two weeks old. By then, their dark fur beings to grow in.

These seals live off fish and other crustaceans and can live up to 35 years old. Seals are still hunted for their fur, but in recent years seal hunting has become a much more controversial topic.

Caribou, or reindeer, is another popular cold-weather animal, especially around Christmas time. Their short bodies and thick fur help keep them warm while their long legs help them move through the snow. Caribou prefer the cold because they cannot stand the bugs that much on them in the summer. They've been known to run for several miles to shake off those pests.

A unique aspect of the caribou is that they are one of the few species of deer where both males and females grow antlers. Caribou have hollow-bottomed hooves that make it easier to dig up food that is under the snow.

Caribou are found in North America, Europe, and Russia. In European countries, they have been domesticated. You can visit a herd of friendly caribou in Scotland in the Cairngorm mountains.

Finally, one of the most popular cold-weather animals is the polar bear. These white bears are at the top of the food chain in the Arctic circle. Polar bears are the largest bears in the world and are symbols of strength and perseverance in the wild. They spend much of their lives in the water hunting for food.

Polar bears have black skin and transparent fur. Their tongues are also blue! Their fur coats are oily to help keep excess water from penetrating the fur and making them cold.

Polar bears rely heavily on ice sheets for travel, rest, and mating. Due to climate change, however, there is less and less ice and the population of polar bears is decreasing. You can join the WWF in helping to preserve the life of these amazing animals.

Fun fact: Do you know why the North and South Poles are called the Arctic and Antarctica? The word "Arctic" comes from the Greek word "arktos," which means bear. The word "Antarctic" literally translates to "no bears." The poles are named not only because Antarctica does not have bears but because you can also see the constellations of Ursa Major and Ursa minor in the Arctic. How cool is that?