From savage seals to sly foxes, these creatures will do whatever it takes to survive in the frozen arctic. 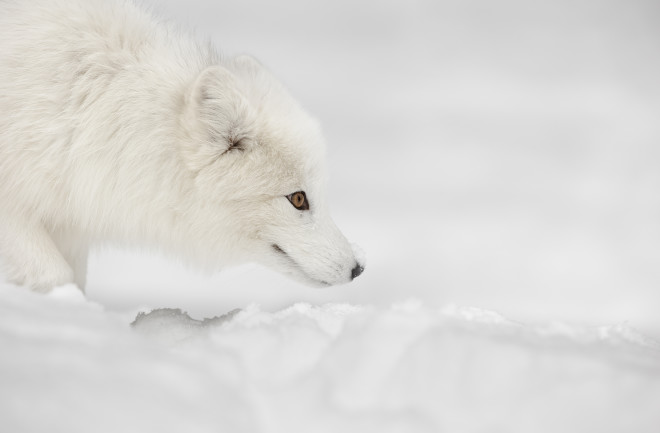 The tundra is a difficult place to call home. As far away from the equator as you can get, only a few bits of dry shrubbery populate the frozen, barren landscape. And it’s cold — really cold, with little precipitation and not much variation between the seasons. Finding enough food to thrive when temperatures dip to 40 degrees Fahrenheit below zero isn’t easy. To survive, you’d have to be one of the fiercest animals on Earth.

Being a predator in a part of the world with so little to eat means you have to be efficient, fast, smart and, frankly, vicious. These predators don’t shy away from the hunt, and if you happen to be hanging out at the poles, you’d do well to walk (or run) in the opposite direction.

The polar bear is the arctic’s most deadly predator. Primarily, polar bears hunt for bearded and ringed seals, which it requires to provide enough fat to sustain a healthy weight. Sometimes, the predators must patiently wait for seals to pop through the sea ice. Then they pounce — their skulls perfectly designed to fit through such holes. Still, it’s no easy feat; polar bears might only kill two out of the 10 they hunt. And while seals are their favorite food, they may also feed on whale carcasses that they find on the ice.

What's more, polar bears have even been known to go after walruses: A paper published in the journal Arctic in 2021 found that polar bears may attempt to kill walruses by hurling ice and rocks at their heads. According to the study authors, “[rock throwing] is mainly limited to hunting walruses because of their large size, difficulty to kill, and their possession of potentially lethal weapons for both their own defense and the direct attack of a predator.”

Weighing in at over 1,200 pounds, a leopard seal looks like the prehistoric marine species that once took on the dinosaurs. These animals are not the same as their cute-and-cuddly ringed seal counterparts: Leopard seals are toothsome beasts that can grow to nearly 10 feet long. They mostly feed on penguins and smaller seals, and can reach speeds of up to 25 miles per hour while diving 100 feet into freezing waters.

Leopard seals are also unpredictable and downright dangerous to humans, as they’ll eat just about anything to survive. In 1900, on his Antarctic expedition, Ernest Shackleton described being chased across the ice by a “blood thirsty monster” that we would later find out was a leopard seal.

While it might seem like a stereotype, arctic foxes really are sly — especially when it comes to hiding from their prey. They can even change color to conceal their identity, going from brown in the summer to white in the winter to blend in with the landscape year round.

Arctic foxes also like the frigid climate, with winter coats thick enough to keep them warm in temperatures that can reach 40 degrees below zero. They eat just about any small animal they can get their paws, on including arctic hares and baby seals that stray too far from the herd.

While arctic wolves aren’t normally dangerous to humans, they are lethal to their prey. A brilliant predator with a bite force that’s four times that of a pitbull, these wolves spend their entire lives on the top of the world. They feed primarily on muskox, as well as caribou and arctic hares. Unlike other predators that will venture further south for food, the arctic wolf never leaves the northern pole.

Make no mistake: The wolverine is a killer, and what it lacks in size, it makes up for in sheer viciousness. What's more, wolverines don't shy away from larger prey; they're known to go after an animal as large as a moose. About the size of a cocker spaniel, this is not a creature you’d want to cuddle up with on a frigid arctic night. This muscular, powerful member of the weasel family has been known to take on and kill animals more than 20 times its size.