Our ancient ancestors bore a resemblance to the reflection we see in the mirror. 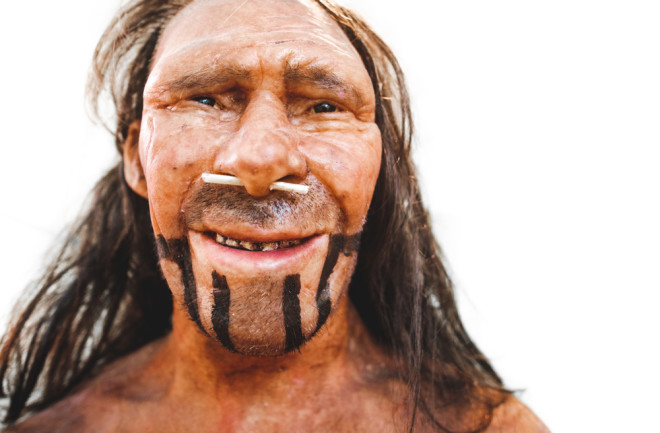 Ancient humans looked a lot like us. That is, if you were to meet Homo erectus, Homo naledi, Homo neanderthalensis or any of the many species and lineages of archaic hominin you would recognize them immediately as your evolutionary cousin.

That said, there were a few notable differences between ancient humans and us. With the exception of Neanderthals, they had smaller skulls than we did. And those skulls were often more of an oblong than a sphere like ours is, with broad noses and large nostrils. Most ancient humans had jaws that were considerably more robust than ours, too, likely a reflection of their hardy diets.

Most archaic hominins were a bit shorter, as well, though a few groups were thought to approach average human height. Of course, some were far shorter than us, as well, as with the hobbits of Indonesia, Homo floresiensis. The diminutive humans averaged just around three and a half feet tall.

But for many species and lineage of ancient human, we don’t have enough fossil material to adequately reconstruct their image. The Denisovans, for example, are known from teeth, finger bones and half of a mandible — hardly enough to reconstruct their faces. For other species like the Neanderthals, we have a better idea of what they looked like, but they are by far the outlier.

More fossil finds are sure to come in the near future, though, updating our image of what our ancestors looked like. For a better view, just stay tuned.