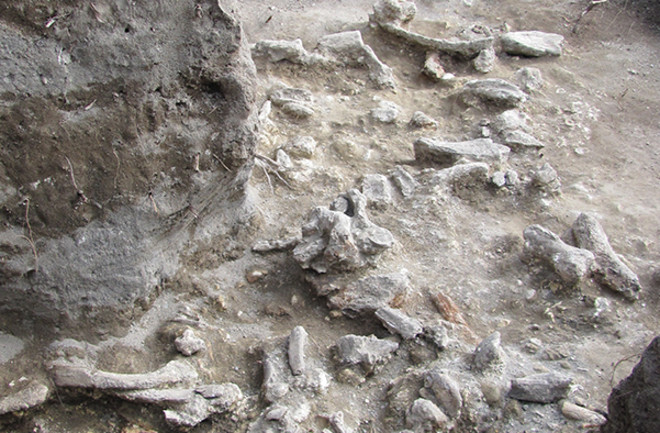 In the family tree charting human evolution, Homo erectus stands out. Originating in Africa about 2 million years ago, H. erectus was the first hominin — our closest evolutionary kin — with modern human proportions. It was also the first known hominin to venture beyond Africa and into Europe and Asia, reaching China by about 1.7 million years ago and Indonesia by 1.5 million years ago.

But the accomplishments of H. erectus don’t end there. It’s also the earliest known hominin to have lived in temperate environments, such as the Transcaucasus region that today includes the Republic of Georgia.

The longevity, range and adaptability of H. erectus make it the most successful hominin species in the fossil record.

(Sure, we modern humans live on all seven continents, surviving — often with some help from technology — everywhere from the South Pole to the Sahara, but we’ve only been around a few hundred thousand years.)

Last of Their Kind

So, how did it all end for this mega-successful archaic human? When, and where, did the last H. erectus shuffle off this mortal coil?

These are questions that have long bedeviled paleoanthropologists. One of the most promising sites in the hunt to find the erectus expiration date, Indonesia’s Ngandong, yielded numerous fossils of the hominins during excavations in the 1930s. Features on the skulls and other bones suggested the individuals were among the most evolved of the species. Dating the material, however, was challenging.

Previous estimates of how old the fossils were ranged from half a million years old to less than 30,000 years old, largely because of the geography of the site. Ngandong’s bonebeds are near the Solo River in Central Java, on a terrace. As the course of the river changed over time, slices of land eroded and were rebuilt. In short, things got jumbled up.

Now, however, researchers painstakingly recreated a regional chronology for Ngandong, charting changes in both the river’s course and topography of the surrounding hills. The team also used multiple dating methods to determine the age of the fossils and material that accumulated with them, such as quartz grains and pumice.

The new, more robust date range confirms the Ngandong hominins are the last known members of H. erectus in the fossil record. And that’s by more than 100,000 years — other late H. erectus fossils from a site near Beijing have been dated to about 230,000 years ago.

A Species Washed Away

The new ages for the Ngandong fossils also rule out an overlap of H. erectus and anatomically modern humans in the region.

The Ngandong fossils, mostly pieces of skull, represent at least a dozen members of H. erectus that appear to have died at the same time. Bones of other animals were also deposited at the site, but researchers have not found stone tools or other artifacts. The immediate area where the fossils were found was, at the time the bones accumulated there, gravel or sand channel bars in the river itself.

Despite apparently being washed downriver and deposited at the site, the partial fossils show little wear and tear, something expected in bones getting tossed and tumbled for a while in turbulent waters. The evidence suggests that the individuals died in a single flood event a short way upriver. It was an inglorious end to the species …

… Or was it? Genomic studies of modern populations in nearby New Guinea have identified about 1 percent of their DNA comes from an archaic human that’s not Denisovan, Neanderthal or Homo sapiens. It may well represent interbreeding with a late population of H. erectus, suggesting that a sliver of this successful species lives on in the genes of some modern humans.