Global Warming May Have Helped Make the Incas Mighty 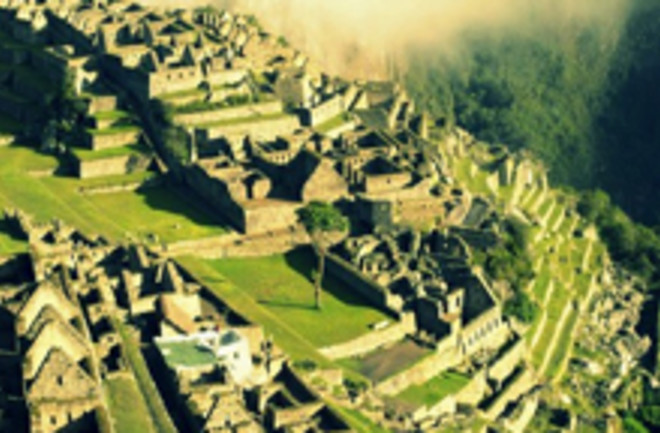 The ancient civilization known as the Incan empire, which at its peak reached a population of 8 million people spread throughout South America, may owe its success at least in part to a warming climate, according to a study in the journal Climate of the Past. A rise in temperatures would have melted glaciers and allowed crops to grow further into the Andes mountains, fostering agricultural growth. The study found that between 1100 and 1533 AD, temperatures increased several degrees, making it possible for the Incas to use new mountain land for agriculture. It also expanded the swath of land the empire occupied which, at its peak, spanned from the middle of Chile to the border shared by Ecuador and Colombia. This climate information came from an analysis of deeply buried sediment samples in the region the Incans once occupied. The researchers examined

pollen and seeds buried in layers of mud on the floor of Lake Marcacocha in the Cuzco region of the Peruvian Andes. Similar to the rings in the trunk of a tree, each layer of sediment represents a fixed period of time. In the case of Lake Marcacocha, the researchers were able to analyze a 1,200-year-old sediment record [Discovery News].

The scientists noted the appearance for the first time of a range of trees and crops at the lake, which is 11,000 ft above sea level, over the critical period, corresponding to a tree line edging upwards

The alder trees that researchers found evidence of would have prevented erosion and fertilized the soil, which would have made maize and potato cultivation more efficient. Researchers think the Incas took advantage of the more temperate climate on the mountain slopes by carving

terraces into the mountainsides and develop[ing] a complex system of canals to irrigate the land [Times Online], as g

radually melting glaciers provided a steady source of water for the crops. The scientists' analysis also revealed evidence of a drought around 880 AD, which may have caused the collapse of Incas' predecessors, an empire known as the Wari.

Today, global warming has an exaggerated effect on high-altitude plants and animals, such as the now-endangered pika, and plants that have relocated to higher altitudes in pursuit of a cooler climate. There have been other changes as well:

Peru's capital continues to get much of its water from glaciers, but they are predicted to dry up within the next two decades due to climate change.

Additionally, the terraces that previously trapped water for agriculture have fallen into disuse, and the predominant tree in the region is the eucalyptus, which saps what water remains in the soil and deposits resins that poison other plant life. [Lead author Alex] Chepstow-Lusty called for removal of the eucalyptus tree and a massive reforestation effort with alder or similar trees to replenish the soil, as well as repair of the derelict irrigation systems so they can once more support agriculture [Los Angeles Times].