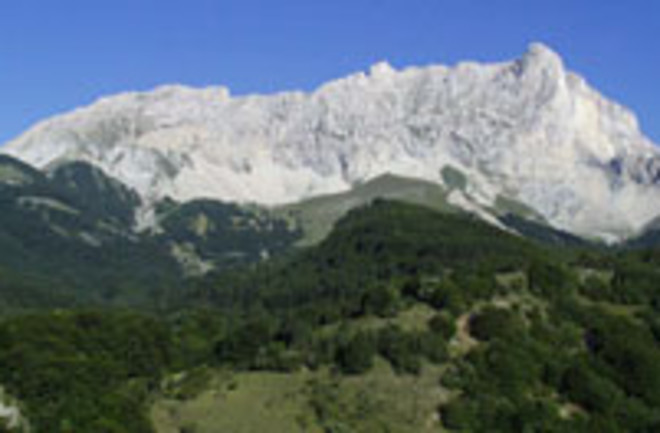 As the world warms, plants are seeking higher ground. A new study that examined botanical surveys of European mountain ranges over the past century found that plants are slowly moving to higher elevations in order to stay within their ideal temperature zones.

More than two thirds of the plants in six western European mountain ranges have climbed an average of [95 feet] in altitude each decade since 1905 [CBC].

The study, published in the journal Science [subscription required], is the first to bring the positive news that many mountain plants are able to adapt to the rapid changes brought by global warming. But there are troubling ramifications.

The team also discovered that different types of plants are moving at different rates. "Long-lived plants like trees or shrubs did not show a significant shift, whereas short-lived species like herbs showed a strong upward shift in elevation," [lead researcher Jonathan] Lenoir said. "This may imply profound changes in the composition and the structure of plant communities and on the animal species they interact with," he added. "It may disrupt ecosystems" [National Geographic News].

Scientists say that the effects of global warming on vegetation can be easily studied in mountains, where climate conditions differ sharply at different altitudes. For the current study, Lenoir's team looked at over 8,000 surveys of plant life from the French Alps, Pyrenees, and other ranges, and found the same "escalator effect" from the forests at sea-level to the alpine terrain at 8,500 feet. The plants "move" when wind or animals bring their seeds to a higher elevation that the seeds find favorable to growth.

In a related study published earlier this week, U.S. researchers warned warming temperatures could turn many of California's native plants into "plant refugees" looking for more suitable habitats. They concluded that a warming climate and rainfall changes would force many of the U.S. state's native plants to range north or to higher elevations [Reuters].

had a gloomier message; it said that California plants would have to move faster than the pace

That study, which appeared in the journal PLoS ONE,

achieved by flora that survived the changing temperatures of the last ice age, and predicted many extinctions within the century.