The Problem With the Myers-Briggs Personality Test

The MTBI type indicator is one of the most popular personality tests around the world. But its original design and the results it produces lack scientific support. 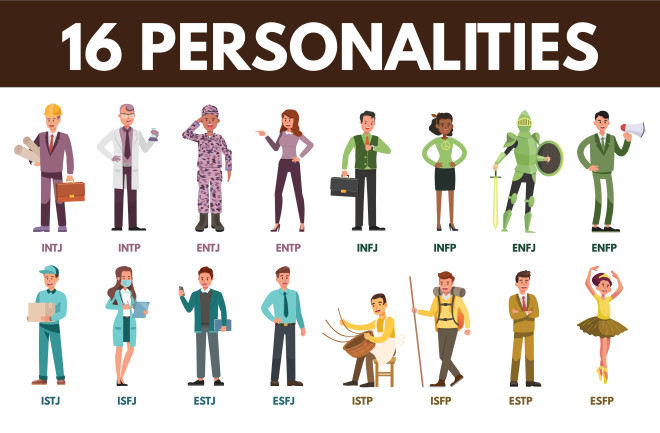 The Myers-Briggs Type Indicator, famously known as the Myers-Briggs personality test, or MBTI, is one of the most widely used personality tests in the world. It was developed in the 1940s by the mother-daughter duo Katharine Cook Briggs and Isabel Briggs Myers — neither of whom were psychologists — to classify the various ways people perceive their environment and behave accordingly.

The test relies on the premise of four categories: introversion or extroversion, sensing or intuition, thinking or feeling, and judging or perceiving. Each individual is assigned one of the two traits in each category, which produces the 16 different MBTI personality types that we know today –– such as INTJ or ESFP. The question remains whether these types accurately capture our behavior, intentions and decision-making tendencies.

At present, an estimated 2 million people take the MBTI test annually, demonstrating how well-known it is by the general population. However, the sheer popularity of the psychological instrument isn’t necessarily an indication of its accuracy and utility, and it may be crucial to understand why people are drawn to take such tests and whether the labels have a practical application.

Personality tests can be appealing because the questions encourage individuals to evaluate themselves, helping them to assess their own qualities and validate their self-concept.

“Tests like the MBTI help us to organize our self-perceptions and experiences into coherent wholes,” says Stephen Benning, director of the Psychophysiology of Emotion and Personality Laboratory at the University of Nevada, Las Vegas. “The MBTI promises rich narratives to describe a respondent's personality, whereas other descriptions may feel more fragmented.”

Even though personality profiles are generic, people often feel that the descriptions accurately portray the image they have of themselves. This fallacy of personal validation is called the Barnum effect, which describes a person’s tendency to believe that vague personality descriptions are specifically tailored to them. The psychological phenomenon may also explain the appeal of astrology and fortune-telling.

Aside from self-assessment, personality tests also allow individuals to identify with a particular label that encompasses who they are as a person, making them feel understood and fostering a sense of belongingness within that group.

“We are fundamentally driven to understand ourselves and others, and often seek that understanding in the form of labels that can stand in for complicated ideas,” says Jaime Lane Derringer, PhD, a psychologist at the University of Illinois, Urbana-Champaign. “The idea of being able to know a person from a single word or acronym is appealing because, if accurate, it would save us a lot of time. But we’re more complicated than that, and there are certainly more than 16 types of people in the world.”

Effectively categorizing the personality spectrum of billions of people into several types can be challenging, so it might not be surprising that the MBTI is considered an unreliable psychological instrument. Many criticize the theory behind it and the rigid dichotomy that tends to oversimplify the human personality.

“For most people, the MBTI personality test is neither accurate nor reliable,” says Derringer. “Personality traits, including the four measured by the MBTI, are normally distributed. That is, most people score in the middle, with few people scoring very high or very low on any trait.”

To form the 16 personality types, the MBTI divides 4 categories right down the middle, assuming that all people are either one or the other. However, most people generally fall somewhere in between, so two individuals who score closely to one another may get completely different results. Those who are relatively close to the midpoint of certain dimensions get boxed into the binaries, even though they’re not strongly leaning towards a specific trait.

“The MTBI is not a reliable sorter of people into ‘types,’ which means that those types are not scientifically meaningful,” says Benning. “More than one-third of people receive different four-letter types after a four-week period. Other studies have shown that over a five-week period, about 50 percent of people will receive different four-letter types. These results suggest the MBTI types are highly unstable over time.”

For people who do score extremely high or low scores in the four categories, the personality type may remain relatively consistent over time, so it feels very accurate. But in larger groups of people, consistency and accuracy of MBTI types is by far the exception, not the rule, says Derringer.

No Evidence of Benefit

In the early 2000s, practical applications of the MBTI test were suggested in workplace settings. Knowing colleagues' personality types was said to increase workplace productivity, improve collaboration among employees, and help in assigning work responsibilities. However, reviews of related literature published more than a decade apart, one in 1993 and the other in 2006, concluded that there isn’t enough evidence to support the utility of the test. Using the MBTI to select employees or do other forms of employee evaluations may be unjustified because of the lack of empirical evidence endorsing such action.

“The lack of consistency of MBTI type assignments for most people means that it cannot be reliably used to evaluate applicants and employees,” says Derringer. “Logically, as types change day-to-day, you’d expect the evaluation to change as well, whereas employers need measures with consistent information to make long-term decisions about who to hire.”

Research conducted in specific career fields shows that MBTI profiles don’t predict job satisfaction in health professions or team development in the manufacturing industry. Furthermore, even the Myers-Briggs Company noted that the test was not intended to predict job performance or employee selection and recruitment. It shouldn’t be used for career planning counseling either.

In contrast, conscientiousness – one of the Big Five Dimensions of Personality, a model that breaks personality down into five components – is considered a potent predictor of occupational performance, especially when it is not self-reported. However, the effects are still relatively small, and it is unlikely that personality assessments alone would suffice for occupational use, says Benning. Despite the criticism of the MBTI’s inaccuracy and lack of utility, many corporate businesses worldwide still use it today to assess applicants and employees.

“The MBTI also has a decades-long history as a brand, and practitioners prefer name-brand personality assessment measures over non-branded measures,” adds Benning. “As a brand that is built on positivity and only framing respondents' personalities in socially desirable frameworks, the MTBI may be a more attractive personality measure than one that includes the negative sides of a respondent's personality.”

MBTI personality types are just not reliable enough to make judgments about individual workers, experts say. While people may use personality tests for fun to know and describe themselves better, the results are not necessarily predictive of work success, ethics, or productivity.

“Measures of actual skills and interests do a better job of matching people with the occupations they would enjoy, which is one of the necessary components of doing a job well,” says Derringer. “Broad personality measures can help us understand ourselves, and are absolutely useful in the context of scientific research averaging across large groups of people, but they’re not specific enough to be informative for an individual employer making a decision about an individual employee.”