The assessments have been around for over 100 years. Experts say they’ve been plagued by bias, but still have some merit. 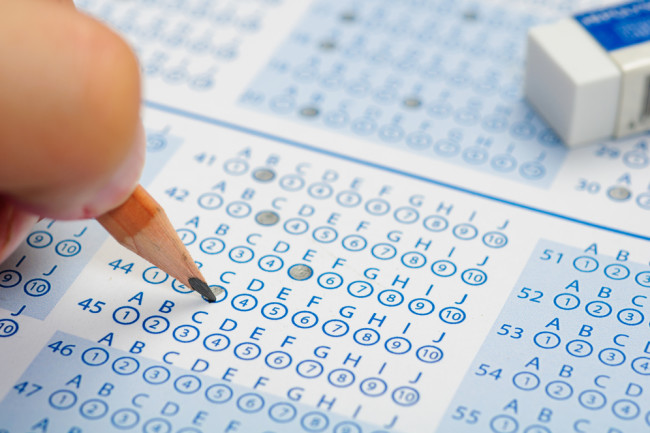 But are IQ tests valid, unbiased measures of general intelligence? They certainly didn’t start out that way, says Stefan C. Dombrowski, a psychologist at Rider University in New Jersey. IQ tests have a dark history of being used to discriminate against racial and ethnic groups, he explains, and ultimately led to the forced sterilization of thousands of people during the eugenics movement.

So, have IQ tests progressed beyond their harrowed past to become a sound measure of intelligence today?

Dombrowski studies the validity of IQ tests using rigorous statistical techniques. He says IQ tests do have meaning and are valid measures of intelligence — when they are interpreted correctly.

“In the field of psychology, we do not have, like we have in medicine, safeguards in place like an FDA,” he says. “We have an ethical code, but that hasn’t stopped a hundred years of inappropriate interpretive practices. Our field needs to evolve.”

One of the ways the tests are frequently misinterpreted, according to Dombrowski, is when any score from the test besides the overall IQ is used. IQ tests measure a variety of skills like working memory, fluid reasoning, verbal comprehension and more. But he notes the science suggests IQ tests are still not well equipped to provide meaningful scores for these separate abilities, and should be interpreted only as measuring someone’s overall general intelligence.

But how accurately do IQ scores represent an individual’s true ability? One cognitive scientist at the University of California, Berkeley, says we need to question what IQ tests are actually telling us. Steven Piantadosi uses cross-cultural psychology experiments to study the universal nature of human cognition and language. He says he feels he has a responsibility to speak up against sloppy claims about intelligence, as he recently did in this Twitter thread.

One of the biggest problems, Piantadosi says, is that someone’s IQ score can change based on the context. “IQ tests are known to be sensitive to things like motivation and coaching. This makes a lot of sense — if you try less, you’re not going to score as high. Or, if you don’t know strategies that people do, you won’t score as highly as them,” he says. “I think it’s a mistake to say that your true ability can be summarized by how much you’re willing to put into a test.”

Another issue is the cultural bias baked into the nature of the test itself. Piantadosi and his team often work with the Tsimane people, an Indigenous group living in Bolivia. They’ve found that many Tsimane do not use labels for shapes — which could affect their IQ score on a measure that requires the tester to think about and manipulate shapes. “People without words for shapes probably do this type of task differently than we do, just as if the Tsimane gave us an IQ test with a bunch of leaf shapes that we didn’t know the names for, but they did,” says Piantadosi.

Dombrowski points out that all measures are biased to some degree, but IQ test publishers do attempt to eliminate bias in individual test questions. He says they hire experts to flag and throw out problematic questions, and use statistics to remove any questions where one ethnic or racial group performs worse.

“(IQ tests) are culturally, linguistically and economically biased against minoritized students, in particular Black, first and foremost, and then Hispanic,” says Ford. “If these tests were not biased, we wouldn’t have different IQ scores along racial and ethnic lines — but we do. It’s an indication that there is something wrong with these tests, not with us.”

Ford’s research, along with work by many others, shows that the use of biased IQ tests is keeping many bright minority students out of gifted education programs. Ford has been studying multicultural gifted education for over 30 years and notes that while there has been some improvement for Hispanics, she hasn’t seen any meaningful improvement in the representation of Black students.

There’s a cost to excluding these gifted students. “When we don’t identify minoritized gifted students, we contribute to and fuel achievement gaps. We diminish dreams and expectations. We deny and limit opportunities,” Ford says.

Although improvements are needed, both Ford and Dombrowski agree that IQ tests can still be useful as one part of an overall assessment of the whole person. But the user ultimately determines whether the tests are interpreted correctly and used for good.

“IQ tests are a tool, and they can be used to promote human well-being, or to contribute to human misery,” says Dombrowski.