You may know your IQ but experts say knowing your EQ can make all the difference in your personal and professional life. 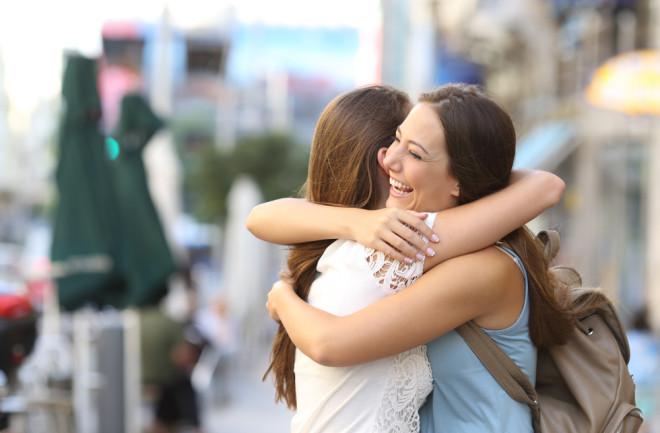 From benchmark testing to IQ tests and the SAT, the list of methods to measure one's intellectual prowess goes on and on. This hardly comes as a surprise, given that our IQ can carry a substantial weight in modern society. Often playing a role in college admissions and job placements, our intellectual intelligence has clearly taken precedence in determining our capabilities. But are IQ tests really the only (or the best) way to measure our intellect?

There is another form of intelligence that can give us an alternative perspective on mental capabilities. Coined "emotional intelligence" (also known as emotional quotient or EQ) by researchers Peter Salovey, now president of Yale University, and John Mayer in 1990, the term has come to define our ability to recognize, interpret and respond to the emotions in ourselves and others.

Emotional Intelligence in a Nutshell

Are you someone who remains calm and collected even under the most distressing situations? Or, do you break down at the drop of a hat? Your emotional intelligence has a lot to do with how you react in various situations. Emotional intelligence is a skill that develops over time due to a combination of genetics and life experiences. Luckily, it is also a skill that can be learned or improved.

Now you may think that emotions seem like a broad category to measure. A study on the role of emotional intelligence and its influence in various situations gives us a hint on where to start. The study broke down EQ into three dimensions of emotions: perception and understanding, labeling and expressing, managing and regulating.

The first step in understanding emotional intelligence is self-awareness. This involves recognizing our various moods and their effects on others. Let's say you had a bad day at work that made you depressed. Recognizing this emotion and how it might impact your interactions with others is a step in the right direction. However, simply recognizing the emotion isn't enough.

Our emotions often need a concrete label in order to articulate our feelings to others. This ability to name and express our sentiments is the second step in achieving emotional intelligence skills. And you're likely familiar with the phrase, "Think before you act." This is essentially the final facet of EQ, which involves successfully regulating and controlling your emotions. This includes the ability to handle powerful emotions, such as anger, and redirect them in a positive or healthy manner.

How to Measure Your EQ

To find out how you rank in the emotional intelligence department, you need to assess your EQ. Measuring your EQ will indicate your ability to appropriately interpret and react to the emotions in yourself and others. In fact, many companies have started to embrace measuring their employee's EQ as an assessment tool. Three common ways to do so include self-report surveys, other-report surveys and ability tests.

Self-report surveys typically involve filling out a questionnaire where participants are asked to score themselves on a scale of 1 to 5. This method has come under scrutiny in recent years due to responses being too subjective. Self-report surveys can also show skewed results due to respondents attempting to match their answers to more socially desirable or acceptable outcomes.

Other-report surveys seek feedback from colleagues of the subject. According to Harvard Business Review, formal 360-degree assessments, which are evaluations that incorporate observations of your behavior from your coworkers, tend to be the best predictors of business performance, job and life satisfaction and your leadership skills. These observations are essentially assessments of your emotional intellect rather than your IQ.

Ability tests involve an assessment of skills based on an individual's response to situational scenarios. These tests are often administered by mental health professionals. There are two different types of ability tests: Mayer-Salovey-Caruso Emotional Intelligence Test (MSCEIT) and the Emotional and Social Competence Inventory (ESCI). The MSCEIT tests an individual's emotional perception and management skills while the ESCI involves having people who are familiar with you rate your emotional and social abilities in different environments.

Emotions play a key role in the overall quality of our lives both personally and professionally. High emotional intelligence has proven to be a desirable trait with a multitude of benefits including improved communication skills, better relationships and reduced stress and anxiety. In fact, by some measures, your EQ matters just as much, if not more, than your IQ. According to a survey for hiring managers, 75% agreed that they valued an employee's EQ more than their IQ. Ultimately, our strength to understand the emotions of ourselves and those around us is irreplaceable. While not everyone encompasses high emotional intelligence, the good news is that our EQ is flexible and typically tends to increase with age.