A model that emerged from a century of lexical research continues to hold water under modern scrutiny. 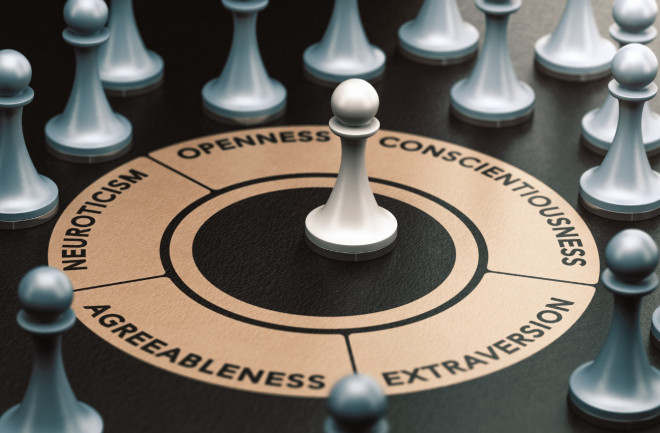 Unlike the Myers-Briggs Type Indicator or the Enneagram, you may have never heard of the “Big Five” personality traits. While the former two have become mainstream tools for self-assessment, the Big Five model is used mostly by psychological researchers and human resource professionals. This may, in part, boil down to design. Most personality tests are designed by psychologists to be user-friendly and offer positive insight, but the Big Five traits were derived by applying factor analysis to human observations.

Read More: The Problem With the Myers-Briggs Personality Test

“It all stemmed from the idea of: can you find a taxonomy to describe human personality?” says Stefanie Schurer, a human development economist and a professor at the University of Sydney. “It was very empirical.” As a result, the model is not always magnanimous toward curious test-takers. For instance, one of the traits, “neuroticism,” is designed to indicate a person's predispositions toward anxiety and depression.

But the same design features that may keep the masses away from the Big Five also make them especially useful to researchers. Psychologists have shown that people’s scores on the five traits stay relatively stable during adulthood. And, unlike the Myers-Briggs, scores on the Big Five have been correlated with academic performance and occupational performance. Despite the model’s relative obscurity in the public eye, researchers are fascinated with its implications a staggering six decades after its first iteration.

Big Five scores tend to remain relatively stable, especially during adulthood, but certain traits do shift over time. And, often, they shift in predictable ways. “A lot of these changes can be explained by your roles and responsibilities throughout life,” Schurer says. “For instance, if you have a child, that will change your perspective.”

A landmark study out of Australia showed that as subjects grew older, obtained more responsibilities and relied more heavily on their relational networks, measures of conscientiousness and agreeableness also increased. Conversely, the study found that neuroticism, extraversion and openness decreased with age.

The Search for an Empirical System

In 1879, German psychologist Wilhelm Wundt founded the first psychological research laboratory, an event that represented the emergence of experimental psychology as a separate discipline from philosophy. Suddenly, aristocrats and academics concerned with the workings of the human mind began asking how they might quantify a theory.

In the wake of this change, the thoughts and writings of Sir Francis Galton — an eclectic academic and half-cousin of Charles Darwin — were gripped by a fundamental question: Could an empirical system be devised to classify human disposition? “The powers of man are finite, and if finite they are not too large for measurement,” Galton wrote in an 1884 essay. “Can we discover landmarks in character to serve as bases for a survey? … The character which shapes our conduct is a definite and durable ‘something.’”

Galton decided to conduct an experiment from within the confines of his library to find out. He dusted off a copy of Roget’s Thesaurus and extracted an extensive list of English words that described “conspicuous aspects of the character” by consulting the index. The thousand words that he identified, by his own admission, were of little use; their meanings overlapped in a disorganized and unpredictable-seeming fashion. Before Galton’s vision of a system that empirically measured human character could be realized, the list of terms would have to be whittled down.

Though Galton’s writings were dreamy and speculative, his ideas gave birth to a line of inquiry that scientists drew upon throughout the 20th century and up to the current day. Over the span of three decades, from the 1930s to the ‘60s, a cohort of personality researchers once again created a list of words that could be used to describe human disposition. But this time, they had more tools at their disposal in order to identify fundamental trends. By analyzing large datasets of people describing their own and one another’s personalities, they grouped the tangled web of adjectives into distinct clusters.

“The Big Five was different,” Schurer explains. “It was, ‘let’s create a kitchen sink of words and then cut out redundancy until we are left with just the essence.’”

In 1949, American psychologist Donald Fiske identified five primary traits of personality. Researchers replicated and refined Fiske’s work in the ensuing decades, until the Big Five traits, as we know them today, emerged from the research of psychologists Robert McCrae and Paul Costa in the ‘80s and ‘90s. They called it the five-factor model, or FFM.

Today, the model is still evolving. In the past two decades, studies that employ the Big Five have sometimes included a sixth factor, locus of control, which measures an individual’s sense of agency, or whether they believe their actions can make a difference in life.

Although the model is still changing, the validity of the Big Five as a useful framework is well accepted in the scientific community. Schurer says that papers that criticize aspects of it are aimed at tweaking the model, not dismantling it. For example, a 2019 study highlighted the biases that often come along with using the Big Five across cultures, particularly in developing countries with low levels of education. “At this point, these are just variations,” she says. “This is fine-tuning now.”