Stress and uncertainty, a longing for self-discovery and an overall explosion in pop-culture might all play a role. 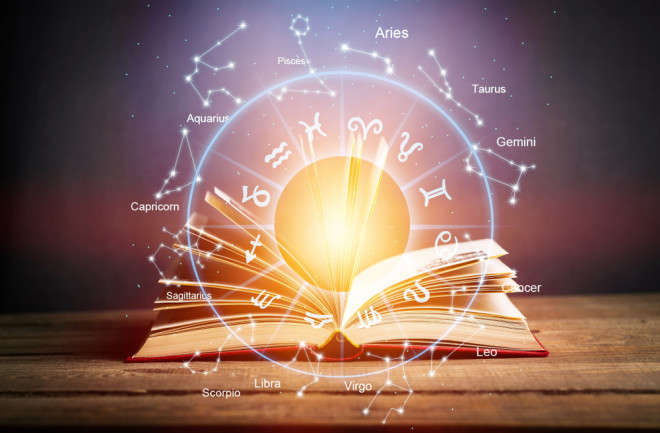 Humans have looked to the stars for guidance since the beginning of time. In fact, astrology has been around for thousands of years. While it’s no longer regarded as the scholarly tradition it was centuries ago, many individuals continue to study the influence of celestial bodies on human activity. The general interest in astrology has grown steadily over the past few decades, building the foundation for its seemingly-sudden surge of popularity today.

Signs of the current astrology boom are everywhere on the internet. You don’t have to spend much time online to come across horoscope social media accounts or zodiac-themed listicles. Memes on astrology feature virtually anyone you can think of, from Hollywood celebrities to Sailor Moon characters. And people use astrology-based smartphone applications to assess romantic compatibility and understand interpersonal relationships.

Although horoscopes and birth charts are only the tip of the iceberg, there’s no denying that many are clearly intrigued by what the stars and the planets have to offer. So, why does it seem like everyone is into astrology lately? Experts say several factors might make astrology particularly alluring, like helping people cope with stress and uncertainty during difficult times or gain a better understanding of themselves.

Stress and uncertainty may foster an individual’s interest in astrology because “having a method of making sense of what might otherwise seem chaotic and uncontrollable would be appealing,” says Stephen D. Benning, a psychologist at the University of Nevada, Las Vegas. Astrology may also bring a sense of certainty during uncertain times, he adds.

According to a 2017 study, stress originates from our uncertainty about future outcomes. Additionally, a 2016 study found that uncertainty about a negative outcome can actually be more stressful than knowing it is sure to happen. In a way, the human brain is hard-wired to seek certainty — that’s why some people have the tendency to interpret and give structure to adverse life events. Astrology may not give definite answers, but providing meaningful explanations of ambiguous or confusing situations can increase an individual’s sense of control over them, according to a 1998 study. It can also provide reassurance about the future, bringing people great comfort and reducing their feelings of distress.

“Prior research has shown that astrology may help people deal with negative life events or cope in the age of uncertainty,” says Madelyn Good, lead evaluator at BHcare, a community behavioral health clinic. A number of studies have demonstrated that people are more likely to turn to astrology when they are experiencing personal crises or facing stresses in life, attesting to its benefits in minimizing tension and worry during difficult situations.

And it’s not just the practice itself that can bring comfort, but also finding oneself among other people who share the same interest. “If enthusiasts in astrology can make connections to each other through sharing astrological information, they can also forge communities that are sources of social support in difficult times,” says Benning.

Astrology is often thought of as limiting, but on the contrary, various individuals may be drawn to it because it can help them gain more clarity about themselves and articulate ideas that are difficult to put into words. This might explain why “people experiencing a lower self-awareness are more likely to endorse astrological beliefs,” says Good. It’s possible that people engage in astrology with the intention of knowing themselves better and increasing their self-awareness. Studies show that astrology can greatly influence and even validate a person’s self-concept, as well as increase their certainty about their personal attributes. In short, the ruminative nature of astrology encourages self-reflection, enabling individuals to understand themselves and their environment more clearly.

However, the self-awareness gained from astrology may also be a consequence of the Barnum Effect — a phenomenon where people think that generalized statements apply to them personally. “People who believe in astrology also tend to believe that generic statements of common human characteristics are accurate descriptions of themselves,” says Benning. That said, self-aware people are more likely to reflect on the choices they make and find them personally meaningful, so astrology may still be beneficial regardless.

The popularity of astrology today can also be attributed, naturally, to its increased presence in pop culture. “We have seen celebrities publicly endorse their belief or engagement with astrology, including Lady Gaga planning her tour dates around astrological alignment [...] and Beyoncé creating music as an ode to the signs,” says Good. Frequent exposure to various aspects of astrology may pique a person’s interest, and later influence them to engage in the practice themselves. In addition, reading and sharing information about astrology may help build communities around it, says Benning, which may urge even more people to get involved.

Of course, as with most things in the world, what’s beneficial for some people might not be the same way for others. “The increasing popularity of astrology bolsters the need for public health research to go beyond assessing the scientific validity of astrology, and rather, elucidate how individuals engage with astrology and how this affects their overall health,” says Good. Because of its sudden rise in popularity, assessing the reasons why people engage in astrology — and studying its effects on health and wellbeing — may be more important than ever.