Experts break down a lesser-known eating disorder that demonstrates the dangers of obsessive “clean eating.” 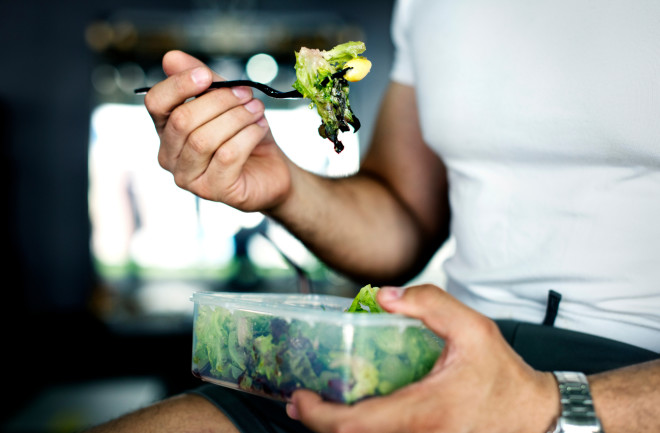 “Clean eating” is a broad term with any number of definitions in the world of wellness. From vegan or pescatarian to keto or gluten-free, all too often we define ourselves by the types of foods we eat. Sometimes, whether we abstain from dairy or eat only organic, our strict dietary preferences can become a point of obsession. But for those with orthorexia, the inability to eat anything they consider unhealthy can become dangerous.

Orthorexia is an eating disorder defined by the refusal to eat anything deemed “impure” or “unclean.” “Someone with orthorexia is specifically concerned with having really healthy foods in their body, with an unhealthy obsession over the quality of the food,” says Terri Griffith, a clinical coordinator at the Center for Eating Disorders at Sheppard Pratt. It’s a relatively new disorder but there’s been more and more talk about it, she adds.

This concern can also escalate into neurosis. When a person with orthorexia is at a party without the types of foods that fall into their specific clean eating qualifications, for example, they’re unlikely to eat at all. According to Griffith, clean eating is OK — but it’s this rigidity that becomes the problem. It may start with someone choosing to eat within a certain category of foods, such as vegan or low-carb, but it often progresses to the elimination of entire food groups until the diet becomes too rigorous.

For people who are more susceptible to eating disorders, this food elimination can be a trigger — and the pandemic certainly didn’t help matters. Those who were previously in recovery may have relapsed due to several different stress factors related to the pandemic, explains Lauren Smolar, senior director of programs at the National Eating Disorders Association. Additionally, those with access to treatment beforehand might have run into problems getting the care they needed during lockdowns, which might have worsened their conditions and made them more difficult to treat in the future.

Read More: Eating Disorders Have Spiked Amid the Pandemic

“Ultimately, orthorexia can have severe consequences resulting in malnutrition and other serious health implications,” says Smolar.

Such calorie restriction can cause cardiovascular problems, for example; when the body doesn’t get enough calories, it begins to break down its own tissues and muscles. And since the heart is a muscle, malnourishment can cause the pulse to weaken and slow. Calorie restriction can also cause gastrointestinal problems as well as amenorrhea, the absence of menstruation.

Griffith says that patients who come to the facility with orthorexia usually receive a diagnosis of anorexia, simply because orthorexia is not yet defined in the Diagnostic and Statistical Manual of Mental Disorders, widely known by mental health professionals as the DSM. Although these patients are still severely restricting calories, they’re doing so by being picky about the foods they consider healthy — not simply by restricting calorie consumption.

According to Griffith, there’s an emphasis on introducing patients to foods outside of their comfort zone. “We want to decrease the stigma around certain types of foods being bad for them. We expose them to a larger variety of foods so they can become more comfortable with them,” she says.

Smolar adds that it’s unclear when orthorexia will get its own diagnosis. “Doctors and health professionals are still debating next steps because there’s a disagreement in the literature as to whether orthorexia is specifically an eating disorder or whether it’s related to obsessive compulsive disorder,” she says.

The nature of the condition makes the diagnosis less defined. Patients aren’t just concerned with calorie restriction, but also with making sure their diet consists of certain foods — which some mental health experts consider to be a characteristic of obsessive-compulsive behavior. This also makes it difficult for experts to gauge the prevalence of orthorexia, with estimates ranging from less than 7 percent in the Italian population to nearly 90 percent of Brazilian students. But this shouldn’t affect the way it’s treated, says Smolar. It still requires professional help from mental help experts.

While orthorexia still isn't a diagnosis, it’s clear that the conversation around the disorder is advancing. Paying specific attention to what’s in the foods we eat is already a cultural trend, but sometimes this can be taken too far. After all, nothing is healthy when it becomes an obsession.