The severity of cases and demographics of those affected is changing, too. Researchers are trying to learn why. 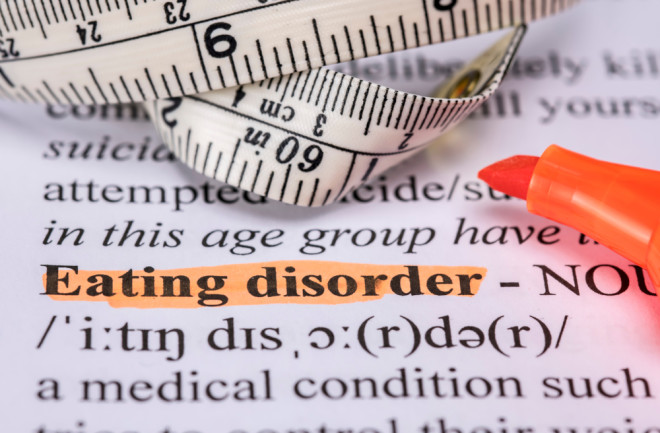 The early stages of the pandemic were hard on all of us, but for those already vulnerable to mental health issues, being stuck at home for a year could be unbearable. Thrown out of our routines without work, school, extracurricular activities or in-person socializing, it’s clear that the psychological ramifications of the past two years are only beginning to surface. And researchers contend that those vulnerable to disordered eating found the past two years particularly trying. Eating disorders have shot up and experts are trying to figure out why.

According to one study published in the British Journal of Psychology, U.S. incidences of eating disorders increased by more than 15 percent in just one year. After analyzing hospital data from over 81 million patients across the country, the study also found that a high proportion of those who were diagnosed with eating disorders also showed suicidal behavior.

Study author Paul Harrison, a professor of psychiatry at Oxford University, says that a number of physicians were noting stark increases in patients with eating disorders in their practices. His team wanted to know whether these reports translated into real increases. What he found was an explosion of eating disorders. “[Our study] looked at the hard numbers on a big scale and found that the anecdotal reports were true,” he says.

Other research has also highlighted the heightened seriousness of eating disorders. A study published in the journal Pediatrics found that medical admissions to pediatric hospitals as a result of eating disorders have doubled. While Harrison’s research didn’t delve into why eating disorders have jumped so dramatically, other experts speculate that several issues are at play. Sara Grose Stephens, a pediatric psychiatrist who specializes in eating disorders at the University of Virginia, says the pandemic disrupted our lives in significant ways; as a result, what might have started as a bid to eat healthier quickly became rigid and disordered, especially when vulnerable teens and young adults spent so much time isolated.

“We lost a lot of positive structure in our days like school, friendships and hobbies, and at the same time increased our social media use dramatically,” says Stephens. “Looking at all these images of idolized bodies can have a negative impact on our own body image.”

Stephens also contends that while the majority of the research shows teenage girls are the most likely to have eating disorders, she’s also seen increases in other groups who tend to be underrepresented in the research. The media has painted eating disorders in a certain light and so many people impacted by them don’t look like those portrayed on television and in social media, she says.

“Eating disorders were first seen as only affecting very thin, white women and girls, and that’s been hugely problematic because we know that people struggle with eating disorders among all shapes, races, genders, sexual orientations, and economic groups,” says Stephens.

Eating disorders are not about what group you fall into or the shape you are, they’re about your relationship with food and your body acceptance, she says. The criteria for categorizing eating disorders have changed to be more inclusive. For example, the Diagnostic and Statistical Manual of Mental Disorders used to include a lack of menstrual period as one of the signs of anorexia nervosa and we know that because men don’t get periods they’re automatically left out of this group. “Our awareness and the practices with which we diagnose eating disorders is becoming more inclusive, but clearly, we have a long way to go,” says Stephens.

Stephens says that body pressures have increased for men in recent decades. Women’s bodies have long been targeted but now men have also fallen prey. For example, if you look at male superheroes of the past versus those of today, you’ll see that a chiseled physique has now become the norm which puts pressure on men to look a certain way. And according to the National Eating Disorders Association, it’s having a deadly impact — males represent a quarter of those diagnosed with anorexia nervosa but they’re at a higher risk of dying partially because their conditions are often overlooked or diagnosed too late.

Sexual minorities are another group that’s largely unrepresented in the data. It’s hard to know by how much because research has hardly reflected them as a group at all. Still, a 2017 review published in Current Psychiatry Reports found that “sexual minorities overall fare worse than their heterosexual peers across all of the disordered eating behaviors reviewed.” Homosexual males were seven times more likely to report binging and 12 times more likely to report purging than heterosexual males. Transgender individuals are also at a heightened risk. Some research shows body image dissatisfaction in transgender individuals is caused by transgender males wanting to lose body fat to appear more muscular and transgender females wanting to look more feminine, says Stephens, adding that there is some evidence that gender-affirming treatments can help with this.

“We know that these groups have historically been treated poorly by our society and that minority status along with increased body image stress all play a role,” says Stephens.

But no matter what group you fall into, eating disorders seem to have gotten out of hand both in their numbers and their gravity. While we’re not sure how long the trend will last, it’s clear that like so many other mental health issues, for those who were already on the edge, the pandemic pushed them over. Now it’s about understanding the problem and doing all that we can to bring those who are suffering back from the brink.