Calorie-restricted diets come with a set of challenges. Before starting those New Year's health resolutions, you should know the risks and benefits of restricting calories. 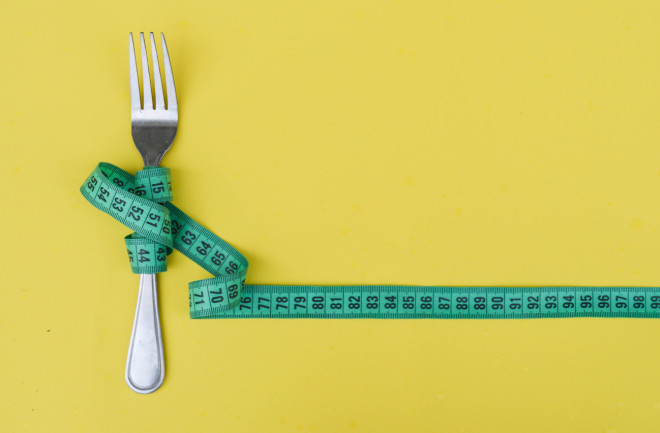 This article was originally published on Jan. 7, 2022.

Calorie restriction and intermittent fasting have been touted as a way to prolong good health even into the later years. After all, for nearly a century, studies have found that restricting calories in some animals and insects extends their lives and delays age-related illnesses.

But calorie restriction (CR) isn’t always what it’s cracked up to be, reports a 2003 paper in Science of Aging Knowledge Environment. Rodents on a restricted diet are smaller and less muscular than those fed a regular diet; they’re also more sensitive to the cold, more susceptible to bacterial infection, heal more slowly from wounds and are much less fertile, the paper reports. Unfortunately, there have been no long-term studies with humans — but some dieters regain the weight they’ve lost if they can’t maintain the diet.

The major flaws with calorie-restricted diets are practical and health-related. The average person isn’t going to stick with an unnatural way of eating, “even if it would work for them,” says Matt Kaeberlein, the director of the University of Washington’s Healthy Aging and Longevity Research Institute in Seattle. Based on the available data, CR would benefit people with most genetic backgrounds, he says, “but there are some where it’s detrimental. We want to be really careful before we recommend [a CR diet] to the general public. This is where I feel the diet gurus have gotten ahead of themselves.”

A calorie-restricted diet with optimal nutrition is defined as eating one-third fewer calories than standard guidelines while still getting sufficient nutrition. But there’s more than one way to accomplish this. With intermittent fasting (IF), people skip meals for one or two days a week or only eat one daily meal. Time-restricted feeding (TRF) relies on eating all meals within a given time frame, such as 8 hours, and fasting for the remaining 16 hours. There is no one-size-fits-all when it comes to diet, nutrition and health, says Kaeberlein, whose research separating fact from fiction among anti-aging diets was published in Science last November.

For example, CR may cause the body to actually hold on to calories because we’ve evolved to retain energy during famine, says UCLA Fielding School of Public Health professor Dana Ellis Hunnes, a registered dietician.  When humans face starvation or extreme calorie restriction, their bodies lower their metabolic rate, decreasing the number of calories burned at rest.

CR has also been associated with increased appetite, increased depressive symptoms and weight regain over time, according to Hunnes. “I think a lot of that has to do with when you are restricting energy, your mind starts thinking about food,” she says. “If you’re not eating enough or you’re restricting calories, you might be more likely to overeat the next time you eat. When you’re hungry, you have less impulse control.” It’s been proven that food deprivation makes animals, including humans, desire food more. When lab rodents given calorie-restricted diets are allowed to eat as much as they want, they eat even more food than their kin given standard diets.

The average person experiences strong psychological consequences from restrictive diets as well, Kaeberlein says. He recalls one of his graduate students, who suspended his CR diet while the two attended a conference together. The student returned to their dining table from the buffet with a plate piled high with bacon, saying he couldn’t stop craving it while practicing CR. People on these diets can’t help but think about their diets and talk about them.

Is a Calorie-Restricted Diet Healthy?

Calorie-restricted diets may work for some and not others, says Gary Churchill, who leads a lab that studies the genetics of health and disease at the Jackson Laboratory in Maine. “One person might lose weight and bounce back [to their prior weight], another person might not bounce back, and another may not lose weight at all. That’s important to keep in mind.” Many of the studies touted are done on rodents that are genetic clones, which are obviously not the same as genetically diverse humans, he says.

Churchill’s lab experimented with two strategies with genetically identical mice. In one, he and his colleagues implemented various forms of calorie restriction, sometimes cutting back a little bit of food, sometimes more. Other studies involved subjecting the mice to intermittent fasting, in which the researchers took away their food for one or two days a week. For mice, one day without food is equivalent to four days of fasting for humans, Churchill says.

“Over the course of a week, the fasting mice eat the same amount of food as non-fasting mice but they lose weight,” he says. For the first 12 hours, the body burns carbs for energy; but after that, the body’s metabolism shifts and starts burning fat. Mice on a calorie-restricted diet lose fat, he says, but when put on severe CR, they lose muscle mass. The mice that do the best are those that aren’t obese but eat enough to retain body fat.

But the interpretations of animal studies applied to humans are overly enthusiastic, reminds Kaeberlein. It’s hard to draw strong conclusions about the long-term impacts of calorie restriction or other popular diets because the long-term impacts are simply not known. Kaeberlein says he also doesn’t know the long-term effects on those who try a calorie-restricted diet then overeat and gain the lost weight back, versus those who eat a poor diet continuously.

There’s no question that calorie restriction can help most overweight and obese people lose weight, he says, and that lowering weight to a healthy range lowers age-related risk factors for cancer, type 2 diabetes, heart and kidney disease and dementia. The average diet in wealthy countries lacks sufficient nutrients. So when people eat a Mediterranean, vegan or ketogenic diet compared to the average diet, they’re better, Kaeberlein adds. “Are they slowing aging? Increasing longevity? It depends on what you compare them to.”

And there’s another problem with a one-size-fits-all diet: Optimal nutrition for health changes as people age. On average, those who eat a low-protein diet before age 65 have less risk of cancer and death from all causes, Kaeberlein says. But after age 65, eating a low-protein diet increases the risk of illness.

Before trying CR for yourself, consider the truth behind these common fictions surrounding calorie-restricted diets, according to Kaeberlein’s paper in Science.

Diets are not fundamentally different than drugs, Kaeberlein says. “If I started saying you should take this drug, people would push back. Diets are really dirty drugs. They affect lots of biological targets.”

More From Discover
Health
The Best Times of the Day to Eat, According to Science
Health
Is 'Expired' Milk Safe to Drink? Here's How to Know When to Throw Away Food
Health
Extreme Fatigue: 4 of the Longest-Lasting Sporting Events
Health
Walking vs. Running Benefits: Should You Walk or Run for Exercise?
Technology
What Is a Social Media Cleanse?
Health
What is the Purpose of Hiccuping?
Recommendations From Our Store
My Science ShopDiscover STEM Kits
My Science ShopDiscover 2022 Calendar
My Science ShopStrange Science
My Science ShopElements Flashcards
Shop Now
Stay Curious
Join
Our List