Can plant power help you cross the finish line? 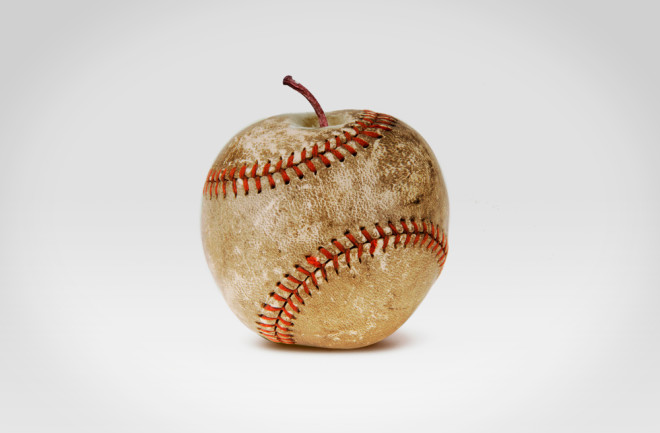 It was the brother of a friend that first got Philip Woodbridge curious. Woodbridge, who is now a sports nutritionist at Buckinghamshire New University in the U.K., was looking to make more of a lifestyle change, and heard that his friend’s brother — an elite soccer player in England — had gone vegan and gotten into body building.

Woodbridge didn’t think the diet was for him, but he wanted to know how going animal product-free was panning out for the growing number of athletes making the switch. And as runners, bodybuilders, cyclists and more take off with vegan diets, researchers are trying to keep pace and figure out if or how dropping meat, dairy and eggs might change performance. So far, the evidence says: It’s a draw. “If a vegan diet can be managed appropriately, there’s probably minimal impact it could have,” says David Rogerson, a sports nutrition and strength and conditioning lecturer at Sheffield Hallam University. “Really the impact comes when the vegan diet isn’t managed appropriately.”

Packing in the Protein

One of the first concerns someone might have about a vegan athlete would be whether they eat enough protein. “It’s the one we all like to talk about,” Rogerson says, so “protein is the one we think of for vegans.” The nutrient we need to build up muscles shows up in plants like legumes, soy, grains and more, albeit at much lower percentages than it appears in, say, a chicken breast — which is literally a piece of protein-packed muscle. The plant-based proteins are also a little harder for our digestive tracts and biceps to convert into the gains someone might be looking for, though meal planning can get around that problem.

Read more: How Much Protein Do You Actually Need in Your Diet?

Any plant-based food comes with fiber and carbohydrates — nutrients our bodies need but also happen to bog down how well we digest the protein. The accompanying fiber and carbohydrates also add to the volume of food someone’s eating, Rogerson says, potentially making it challenging for someone to have enough appetite to eat all the food they’d need. Luc van Loon, an exercise and nutrition physiologist at Maastrich University in the Netherlands, puts it like this: Potatoes, for example, are only 2 percent protein. To get 20 grams of protein — just shy of half of what an average person needs in a day — from potatoes alone, someone would be staring down four and half pounds of spuds on their dinner plate.

Of course, no one would eat exclusively potatoes for their daily protein intake. Nor could they, since plant-based proteins often lack crucial components. As our bodies digest protein, we turn it into its most basic parts — amino acids — which we deploy to build our own proteins. Of the 20 amino acids, nine of them we can’t make and have to come from our diets. Animal protein sources have all nine, but a vast majority of plant proteins are missing one or two. Since wheat, soy, nuts and bean varieties each lack different kinds of amino acids, the workaround is pretty simple, van Loon says: Eat a wide variety of plants. For those that might struggle to chew through all the food they’d need to eat, protein powders could be a handy way to pack in the nutrient with fairly little volume, Rogerson says. And since it’s likely a smaller percentage of the protein vegans eat actually gets put to use, it’s possible recommended target intakes for those athletes should be a little higher to try and compensate.

When Woodbridge asked 30 members of the Vegan Runners UK running club to keep diaries of what they ate over a few days, he found that the runners were struggling to nail the right diet. About 80 percent of the runners were taking in about 86 percent of the calories they needed to. On average, each participant ate 78 percent as much protein as might be expected for their activity levels. These missed targets aren’t unique to vegan athletes. Woodbridge has found that no matter the diet, athletes can have a hard time hitting needed calorie intakes. “If you’re training and exercising a lot, that’s the biggest sort of difficulty or challenge, to eat enough calories to fuel that exercise,” he says. Either way, someone spending a lot of time working out needs to plan their meals — and snacks — to make sure they’re getting all they need.

Vegan runners might also find they’ll have to incorporate some supplements into their meal plans. Vitamin B12, which is key for blood and nerve cell health, only shows up in plant-based foods if the products are fortified. The type of iron our bodies more easily absorb, called heme iron, also only appears in animal products. A variety called non-heme iron shows up in different vegetables, grains and soy, however. Whether it comes from a pill or their plate, vegans can help improve how much of that iron version they retain by pairing it with foods rich in vitamin C.

Assuming a vegan athlete meets all their nutritional needs, there’s no research yet indicating that people on these diets will perform better or worse than their competitors. Several of these studies look only at one person as they transition into becoming vegan, so evidence from these analyses can’t necessarily be broadly applied to everyone. And of the studies that have looked at larger groups, some have focused more on other aspects of athlete well-being besides performance on the track. A survey of vegan, vegetarian and omnivorous distance runners, for example, found the vegans and vegetarians weighed less, but there was no difference in mental health levels, medication needs or supplement use amongst the different groups.

Vegans might have an advantage in that they typically eat less saturated fat than people on other diets. The nutrient mostly shows up in meat and dairy and can raise someone’s risk for heart disease, which is why the American Heart Association recommends limiting the amount of saturated fat you consume. But someone doesn’t have to be vegan to keep saturated fat levels low — just like how a runner doesn’t have to eat meat to get enough iron in their diet.

“The promotion of plant-based foods, reduction in fat, and the potential to consume healthy bioactive components is really a benefit of a plant-based diet, but those can be observed in other diets as well,” Rogerson says. Even comparing vegan choices to, say, a Mediterranean diet, the two share an emphasis on healthy fats, whole grains and vegetables, though the latter also includes limited dairy and lean animal proteins.

As researchers keep investigating how our diets change our mile times and personal bests, expect more specific information to come out about food choices may or may not accomplish. And if you're looking to make the switch to a vegan diet, you might find a local community of athletes to support you. The Vegan Runners UK club only had about 500 members when Woodbridge worked with them. As of their last count in 2017, they're 1,700 members strong.