The Pandemic Is Making Us Depressed and Anxious. Can Healthy Food Provide Relief?

We may need nutritious food more than ever. Research has linked higher-quality diets with reduced depression risk. 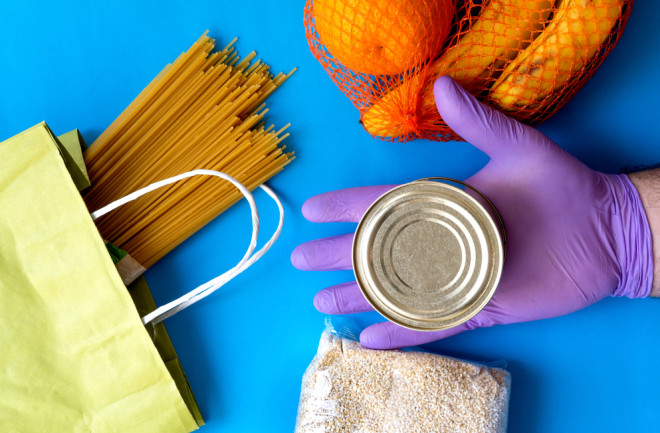 Comfort food was made for times like these. Gained a pound or two? Don’t be hard on yourself; after all, there’s a pandemic going on. Shamelessly sinking into a big bowl of macaroni and cheese (the boxed variety, of course) is one of the few pleasures we have left. This train of thought might sound familiar to you. The coronavirus pandemic has changed every aspect of our lives, including our eating habits. The healthy-food trend that took root in recent years is reversing, at least for the time being. Shopping habits have shifted in favor of old processed favorites like frozen pizza, toaster waffles and canned spaghetti — convenience foods with long shelf lives that are designed to deliver pleasure.

No judgment here. Money is tight in many households, and busy parents are putting breakfast, lunch and dinner on the table in between video-conference meetings. And, admittedly, many convenience foods taste good on some level, and they makes us feel good (at least in the short term).

But you might want to save room for something green on your plate, if you can find it at the store. That’s because a growing body of research is showing that our food choices don’t just affect our waistlines. What we eat also may affect our mood and behavior — and not in the “I can’t believe I ate a dozen cookies in one sitting” sort of way. Rather, there may be something in the food we’re eating (or not eating) that’s influencing our state of mind.

The emerging field of nutritional psychology contends that modern Western diets have contributed to increased rates of mental illness, particularly depression. Diets that follow a Mediterranean pattern of eating — or a lot of fruits, vegetables, whole grains, nuts, beans, fish and olive oil — have been linked with lower rates of depression. A diet change of just a few weeks has been found to lift moods.

As a third of all Americans are reporting that the coronavirus pandemic has taken a toll on their mental health, we might need nutritious food more than ever.

There are many unanswered questions when it comes to how food affects mental health. But it’s clear that our stomachs do more than digest.

The stomach is sometimes referred to as the second brain because it is home to the little-known enteric nervous system (ENS), a subdivision of the autonomic nervous system that reigns over our gastrointestinal system. But the ENS might also play a hand in how we feel.

The “brain in our gut” is connected to the brain in our head through millions of nerves, namely the vagus nerve. Researchers think the trillions of bacteria that make up the gut microbiome might influence the communication that happens between our gut and brain. The food we eat shapes our microbes and their ability to produce hormones and neurotransmitters such as GABA, dopamine and serotonin. Around 95 percent of serotonin — which plays a role in everything from appetite to mood — is produced and stored in the gut.

Microbes that aren’t getting fed enough nutrient-dense foods also might trigger an inflammatory immune response, a factor that has been linked with depression.

Studies on Diet and Depression

The majority of nutrition studies come with a caveat. Typically, they find association, not causation, between a food and a health impact or change. There have been a couple of randomized controlled trials — considered the gold standard in medical research — that do point to a cause-and-effect relationship between diet quality and depression. One of the studies, published in 2019, involved a group of 76 college students who ate poorly and had moderate to severe depression. A group of students was switched to a Mediterranean-style diet for three weeks, and their symptoms of depression subsequently improved. Among this group, depression “scores” generally returned to the normal range, and their anxiety levels improved. But depression scores remained in the moderate to severe range for the control group — those students who continued to eat a poor diet.

However, the study was met with skepticism from some scientists not associated with the work. The healthy-eating group received more support and attention from researchers, and participants were aware they were making positive changes to their diet — things that could add up to feeling less depressed.

Nonetheless, the results of the study are in line with the SMILES trial from 2017, another randomized and controlled study that followed 166 depressed adults for 12 weeks. Participants who ate a Mediterranean diet experienced greater improvements to their depression than participants who were only enrolled in a support group.

Despite coping with depression, participants were able to stay motivated and follow through with diet changes, the researchers wrote in the study. And the improvements to depression symptoms were independent of factors like losing weight.

Similar results have been echoed in other studies. A 2013 meta-analysis of 22 studies found that the Mediterranean diet was linked with a lower risk of depression. Another meta-analysis published in 2017 found diets rich in fruit, vegetables, whole grains, fish, olive oil and low-fat dairy were associated with a lower risk of depression. The opposite was found for diets heavy in red meat, refined carbohydrates, sweets and high-fat dairy.

Although many of these studies have looked at the Mediterranean-pattern diet, the SMILES study noted that every culture has its own version of healthful eating. The take-home message is that plant-based diets that incorporate healthy sources of fats, like fish, are linked with lower rates of depression.

But many questions remain. To state the obvious, mental illnesses are complex conditions to treat, and it’s unclear how far diet can go in helping people feel better, especially over the long term. At the very least, it might be that a healthier diet is a helpful addition to medication and a therapy treatment plan.

Future studies will need to address how specific foods or combinations of foods help with mental illness, how much people should eat, how long the effects last, and the conditions and populations of people who are most affected by diet changes.

Until then, as we deal with the challenges of the pandemic, eating as much nutritious, whole foods as your budget and store availability allows might not be a bad idea. You’ll likely feel better, and also be doing your immune system a favor.