Forget New Year's resolutions; want to start a habit that sticks? Make it easy and reward yourself. 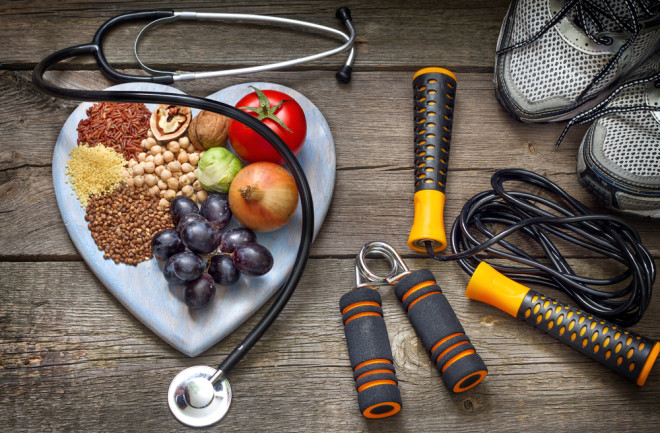 During her first year of college, Elaina Cosentino bought a fitness band and began walking 10,000 steps a day. Through a friendly competition with friends, she kept it up for four years. But during her first semester of graduate school, her routine changed and she fell out of the habit. Then her mother passed away between her first and second semesters, and it “truly took everything out of me to just get up and go to class,” says Cosentino, a physical therapist.  “I did go for an occasional mind-clearing walk every now and then during that time, as walking was something familiar to me and I always loved the way I felt afterwards.”

But the combined pressures of “the weight of the pandemic, not having family around, going through grad school virtually and still going through the grieving process" drove the Rhode Island resident to search for something more consistent. "When I went back to walking every day, reforming the habit was bringing myself back down to Earth. It’s the one thing I can control every day.”

The two major components necessary to start and stick to a habit are ease and reward, says research psychologist Wendy Wood, author of the book, Good Habits, Bad Habits, The Science of Making Positive Changes That Stick, who has studied habits for three decades.  “If you’re trying to repeat a behavior, then willpower and motivation are not really the way to go. They’re what start you but they’re not going to help you persist,” she says. “Habits are not part of our conscious thought.”

By contrast, New Year’s resolutions are often touted by gyms or weight loss companies trying to sell memberships — and can be particularly tricky to adhere to. Starting a habit and sticking to it has to come from you, not external forces. We can’t fight human nature, but we change our behavior by understanding it. And while study results vary on how long it takes to form a habit, on average, according to research published in the British Journal of General Practice in 2012, forming a new habit takes 66 days.  So what's the secret to getting through the months-long process and forging lasting, healthy habits?

For starters, it's important to decide for yourself what reward will motivate you best. Wood didn’t enjoy her elliptical machine until she figured out she could "read trashy novels and watch stupid TV shows" while exercising. "It made working out very enjoyable for me,” she says. “If you find some way to add rewards, you’re more likely to stick with it.”

Other rewards shown to work include writing down your goals and checking them off when completed or treating yourself with something that motivates you — such as saving the money you would have spent on cigarettes to splurge on dinner out or a concert, says Marney White, a psychologist with the Yale School of Public Health.

While it isn’t essential, research has shown that the buddy system — where you have someone to join you or report your results to — can also improves goal adherence. White began meeting a friend via videoconference for yoga for 10 minutes a day at the start of the pandemic. Even when she doesn’t feel like it, she keeps her daily appointment for yoga because she has someone counting on her. And now that it has become a habit, she practices yoga even when her friend can’t meet her.

To sustain a new habit, people need regular rewards, says Vickie Mays, psychology professor at UCLA’s Fielding School of Public Health. If you want to start an exercise habit, she says, pick a partner whose fitness level is compatible with yours, as well as someone who is caring and reinforces your goals. (This is why support groups for addiction work, she adds.) “Particularly when things are difficult, you need a person more like you to take the journey with you. When you’re similar, you can support each other.”

Let’s say you want to fall to sleep at an earlier time to get the recommended seven to eight hours of sleep. Make it easy for yourself by creating a bedtime routine with a set bedtime, and remove friction — things that sabotage your goals — by keeping screens out of the bedroom.

Her research shows about 43 percent of daily activities are done through habit and with little thought. One proven way to add a new habit is called stacking, where you pair the new habit with an existing habit, says Blair T. Johnson, psychology professor at the University of Connecticut. Habits are formed in the primitive side of the brain in all animals, he says, so another key to developing a habit is doing it at the same time of day, the same days per week. That way, you don’t really have to think about it.

For example, Stanford researcher BJ Fogg, author of Tiny Habits: The Small Changes that Change Everything, started doing two pushups every time he went to the bathroom. That led to lots of other small habits, like having eggs and spinach for breakfast, and he lost 20 pounds in six months.

If you want to break a habit, make it harder for yourself, Wood says. If you want to stop scrolling on your phone before sleep, move the phone away from your bed. If that doesn’t work, create a bigger obstacle, like keeping your phone in the kitchen at night.

Changing behavior has to come from inside the person trying to form the habit, not from external pressure, Mays says. “We’ve had a hard couple of years,” she says. “Let go of other people’s voices in your head and get your own. If you made it through COVID, you can make it through this new set of improvements you want to do.”

Cosentino, for her own reasons, resumed her 10,000 steps a day habit at the start of the pandemic. She hasn’t missed a day since.