What Is A Calorie?

We encounter, and ingest, them every day. But what does it mean to eat a calorie? 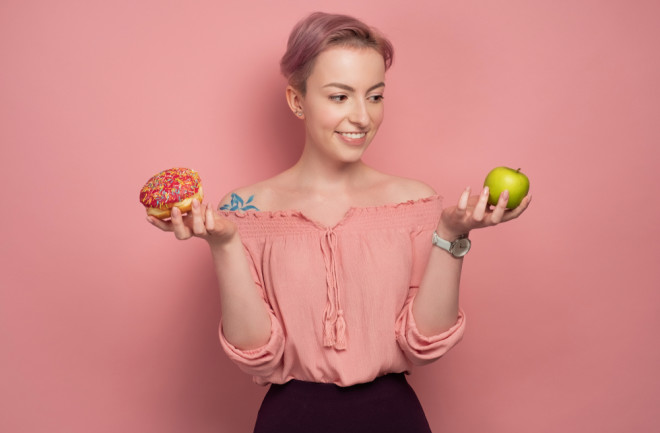 But what exactly is a calorie, anyway?

“The calorie is nothing more than a measurement, just like inches or kilowatts,” says Lauri Wright, assistant professor of nutrition and dietetics at the University of North Florida and spokesperson for the Academy of Nutrition and Dietetics. “It just represents how much energy is contained in the food or how much energy is used by the body.”

What’s in a Calorie

When we talk about calories in both our bodies and our food, we’re actually talking about kilocalories, Wright says.

Researchers can determine how much energy a particular food or fuel contains by burning it in a device known as a bomb calorimeter. Heat from the reaction will raise the temperature of the water in the device; how much the temperature changes indicates the amount of energy in the food itself, says Wright.

Proteins and carbs each contain 4 calories per gram, and fats contain 9 calories per gram, Wright says. To create energy, our bodies convert these nutrients into glucose. That simple sugar fuels all the processes within the body.

Not all energy from these nutrients is of the same quality, however. Our bodies were designed to use carbohydrates for energy, says Wright. Carbs consist of hundreds of glucose molecules linked together, she explains, which our bodies can very easily break down into individual units of energy. Proteins and fats, on the other hand, have to be converted into glucose. That makes them less efficient for the body.

Wright likens the human body to a high-end car engine. An expensive automobile is often designed to run on premium gas, which contains a higher level of octane. If you put regular gas in the tank, the engine will still run but not nearly as well. It’s the same with our bodies — the engine runs smoothly on carbohydrates, not quite as well on proteins, and much worse on fats.

That’s why Wright says she and many other nutrition experts are not fans of keto diets. “Those ketones are alternate energy, so it’s almost like putting leaded gasoline in your engine,” she says.

Proteins and fats have other uses in the body beyond providing energy, Wright says. Proteins, for example, are great for building muscle or antibodies to prevent sickness. Healthy fats — such as omega-3 fatty acids and monounsaturated fatty acids — help your body absorb vitamins and reduce the risk of heart disease and type 2 diabetes, according to the Mayo Clinic.

It's important to get your calories from a variety of sources. (Credit: Ekaterina Kondratova/Shutterstock)

General dietary guidelines suggest that the average adult woman needs to consume about 2,000 calories a day, and the average adult man about 2,500, Wright says. While these numbers provide a ballpark metric, calorie requirements vary drastically from person to person, she says. How much energy your body needs varies based on many factors, including activity level, age, height and more.

When you eat more calories than you need, the body will convert that unused energy into muscle (short-term storage) or fat tissues (long-term storage). This is a survival mechanism — if you aren’t able to eat enough, your body will tap into these stores to fuel itself. “The body once again is this amazing machine,” Wright says.

Consuming too much energy can lead to weight gain and health problems. A major culprit in the U.S., where obesity affects more than 93 million adults, are foods with “empty calories.” Soda is a good example, Wright says. It provides no nutritional benefit and a lot of calories. In your diet, you want to get the most bang for your buck, she says. You want foods that deliver calories as well as other nutrients like vitamins, minerals, proteins and fiber.

Ultimately, calories aren’t the enemy, Wright says. Many people hoping to lose weight get obsessed with the numbers; but, really, you should be thinking about calories in terms of your individualized energy needs, she says.

Whether you’re counting calories or ignoring them, those numbers are just a measure of energy. Making the most of that energy is up to you.