Due to a brain connection with important evolutionary origins, environmental cues can compel us to eat when we don’t feel hungry. 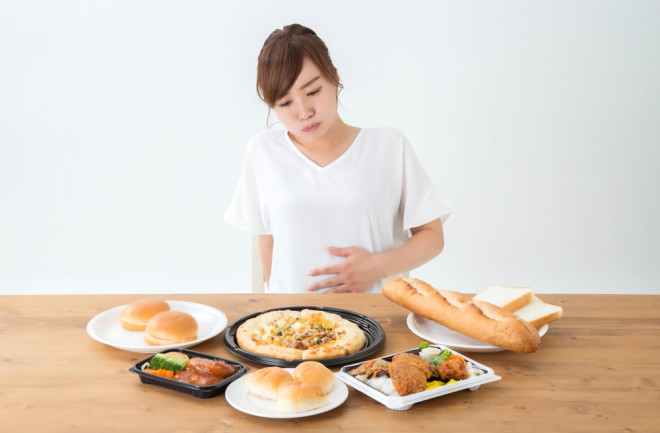 If eating was as simple as filling a car with gas, we would strictly nourish ourselves for energy purposes. In reality, we sometimes eat when we don’t need to. People snack when they’re stressed or sad. We may, for example, try to make the most of a breakfast buffet, or spot a lonely cookie in the cupboard. It’s the equivalent of circling back to the gas station despite a full tank of it — completely absurd.

Except, filling up your car and eating aren’t exactly the same. Unless you find the bright lights and diesel fumes particularly thrilling, you won’t get the same dopamine rush that comes from munching on a Twix. In fact, the high fat and sugar content of processed foods activate the brain’s reward pathways and drive us to consume more. Studies have shown that calorific food can modify brain structure by stimulating neural pathways that encourage us to seek out more food, more often.

Scientists also believe that overeating energy-dense food is an example of a learned behavior. If tasty food is consumed regularly in the same context, then we may come to associate random things in our environments with eating. Associating food, or other stimuli, with unrelated cues is known as classical conditioning. This phenomenon was first demonstrated by the Russian scientist Ivan Pavlov. Pavlov trained dogs to associate the sight of food with the sound of a metronome. After just a few trials, the ticking sound alone caused the pups to drool in anticipation of their dinner.

Humans are no more complex. We’re able to group together eating with almost anything, like the time of day, certain emotions or watching TV. Research has shown that we’re even capable of associating food with the most arbitrary surroundings.

It’s not just mouth-watering and food cravings that occur in response to an environmental trigger; our entire bodies prime us to chow down. We accordingly release digestive hormones, secrete gastric juices and activate neuronal pathways that are involved in eating. Once someone has experienced conditioning, it’s powerful enough to override nutritional needs and stimulate eating in the absence of authentic hunger. Many researchers believe it plays an important, yet undervalued, role in the obesity epidemic and the development of binge-eating disorders.

Though researchers have looked into the concept of food conditioning since Pavlov conducted his canine experiments over a century ago, only recently have they discovered which brain section is involved in learned eating behavior.

In fact, a group of scientists at the Agency for Science, Technology and Research in Singapore stumbled across the neuronal circuitry involved in learned overeating by chance. They were carrying out experiments to discern the function of a group of neurons within the hypothalamus, the brain region responsible for appetite regulation, sexual arousal and other processes crucial to survival. Artificial activation of the neuronal cluster called tuberal somatostatin neurons caused mice to compulsively overeat — even when they were already full.

These neurons are specifically activated whenever we gaze at sugary or fatty foods. Research published by the same group earlier this year in Nature Neuroscience revealed that the cluster is directly linked to another part of the hypothalamus called the ventral subiculum.

While the tuberal neurons flood our brains with dopamine in response to high-calorie foods, the subiculum responds by taking a mental "snapshot" of our surroundings. The connection between the two brain regions therefore ties the dopamine-inducing sensations of yummy food with one’s surroundings. The more we unconsciously associate eating with an environmental cue, the stronger the neural connection.

In absence of conditioning, these neurons only drive us to eat when we feel hungry. That’s thanks to elevated levels of a hunger hormone called ghrelin, which partially activates tuberal somatostatin neurons, explains lead study author Yu Fu. When a mouse repeatedly gobbles delicious food in a certain location, the subiculum-to-tuberal pathway grows so strong that the neurons don’t need to be primed by hunger. “The environment itself can override the absence of hunger and drive the animal to eat,” Fu says.

Evolution could explain the integration of spatial information with the presence of appetizing food. As hunter-gatherers, a dearth of energy-rich food resources primed human brains to pay close attention to the environment in case they happened across a promising hunt.

In this context, the subiculum would take a mental note of one’s surroundings and trigger food-seeking behavior if they encountered a similar setting in the future. In times of scarcity, this was a matter of life and death. Nowadays, when fried chicken comes in buckets and can be delivered to your door within the hour, the environment’s ability to stimulate eating can be maladaptive and detrimental to one’s health.

Studies have shown that food consumption among obese individuals is, on average, more likely to reflect conditioned responses and is influenced more so by external cues than by internal hunger sensations.

But it isn’t clear why some people are more susceptible to food conditioning than others. Interestingly, vulnerability to food cues can be inherited, suggesting that some people have a genetic predisposition to learned overeating. A possible culprit: variations in genes linked to obesity, such as FTO, which are associated with elevated ghrelin levels. Relatively high levels of the appetite-stimulating hormone could increase the sensitivity of tuberal somatostatin activity, although other genetic variations could also play a role.

Environment likely matters, too, and research has suggested that relatively long work hours and specific geographic location (as opposed to income, as commonly theorized) may significantly influence greater fast-food consumption. Parents who spend more time at their jobs could, for example, introduce these dietary habits to their children who carry them on through adulthood.

However, conditioned eating can be overcome by “exposure therapy,” as demonstrated by studies in mice and humans. By exposing ourselves to our environmental triggers and resisting food, the conditioned association is not reinforced. Instead, we teach ourselves that the food cue doesn’t always facilitate eating and can weaken the learned response.

Although the clinical applications of learned overeating remain in their infancy, this type of behavioral therapy may offer a future alternative to expensive and potentially risky surgical procedures. Instead of gastric bypass surgery, meditation in McDonald’s might be just what the doctor orders.