Garlic May Have Saved Rasputin From Just One Assassination

While Grigori Rasputin survived a few assassinations, his high-garlic diet may have prevented him from being poisoned. 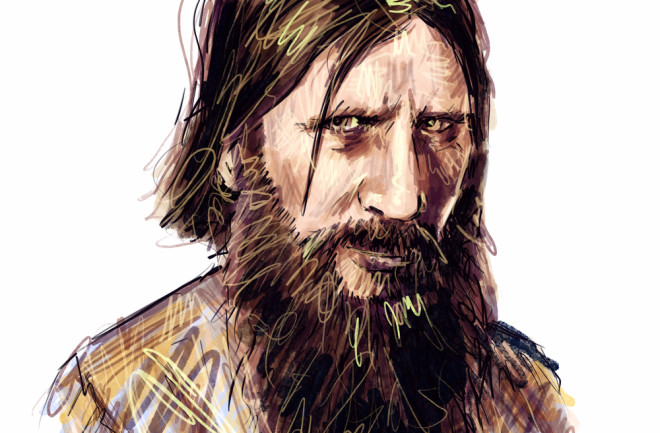 A few saw him as a healer. Many thought him to be dangerous. Almost all agreed he had terrible manners and foul odor. He ate with his hands and had flecks of food in his beard, making Russian aristocrats cringe.

For Grigori Rasputin, rumors made up most of his reputation. As the spiritual advisor to Tsar Nicholas II and his wife, Alexandra Feodorovna, Rasputin had close access to the royal family. Because of this, many members of the aristocracy blamed Rasputin for the tsar’s decaying power.

By the end of 1916, Rasputin’s enemies wanted him dead. Members of the nobility whispered plans to murder the mystic. At that point, Russia had lost 5 million people in World War I, and the Russian people had lost faith in their tsar.

Though Rasputin had already survived an attack two years prior when a woman stabbed him in the chest, he seemed almost invincible on the night of his death. Especially after his assassins slipped potassium cyanide into his wine, and he didn’t keel over. However, he eventually succumbed to death after being shot, and his bullet-laden body was dumped into the frozen Neva River.

For more than a century, historians have wondered, did he really survive the poisoning? Or was it just another rumor about Rasputin? A new theory suggests that Rasputin could have survived the poisoning due to his high garlic consumption.

On Dec. 29, 1916, Rasputin was invited to the home of Prince Felix Felixovich Yusupov, an aristocrat married to the tsar’s niece. Rasputin accepted wine and sweets offered to him and chatted while his killers waited and waited for him to succumb to the poison. The cyanide seemed to have no impact, so the killers moved to plan B — shooting him.

Rasputin’s daughter always claimed her father wasn’t poisoned because he wasn’t fond of sweets and would have rejected the offering. (However, she was a biased source and claimed in her writings that her father had healing powers from a young age, including the ability to communicate with farm animals.) Other scholars have argued Rasputin wasn’t poisoned because his autopsy supposedly didn’t note any poison in his system.

Historians have long debated whether Rasputin maintained his peasant-influenced diet once he became a regular at the palace. Some have argued that the rumors that he turned to caviar and fine champagne were wrong, and Rasputin actually maintained a simple diet of bread and fish soup seasoned with garlic. A June 2022 letter to the editor in Chemical Research in Toxicology suggested that Rasputin might have had a diet heavy in garlic, which could have protected him from the cyanide.

But could this scientifically be proven? A 2006 article in Comparative Clinical Pathology questioned whether laboratory rats could survive cyanide poisoning if they already had a heavy dose of garlic in their systems. Researchers took 40 rats and divided them into four groups. The first group of 10 served as a control group and did not ingest any garlic powder. The second group had a diet of 10 percent garlic powder, the third group was at 20 percent and the last group was at 30 percent.

The researchers next, as they put it, “challenged” the rats with 10 mg/kg of cyanide. They then waited like the prince watching Rasputin to see if the cyanide worked. For the control group, half of the rats were indeed “challenged” by the cyanide. But the number of rats affected decreased as the percentage of garlic powder increased. While the 10 percent group lost four of their rat comrades, only one from the 30 percent group perished.

The authors concluded that sulfur compounds in garlic likely combated the cyanide. Garlic has also been noted to be helpful to rabbits exposed to nitrate toxicity. With this in mind, the letter to Chemical Research in Toxicology proposed that Rasputin’s diet of fish soup teeming with garlic may have contained enough allium to protect him from the cyanide.

Rasputin’s hold on the royal family lasted through their demise. Just months after Rasputin’s murder, Tsar Nicholas was forced to abdicate the throne. The family was put under house arrest and eventually executed in July 1918. At the time of their deaths, the four daughters wore lockets containing Rasputin’s photograph.

The new government quashed discussion and documentation of the royal family and their controversial advisor. Speculation grew over the years, and scholars now say it’s difficult to separate fact from fiction. Rasputin’s daughter and other supporters described him as a pious holy man, but his enemies called him a boorish womanizer with foul habits.

Rasputin was illiterate until his teen years, and his handwriting reflected his limited education. He didn’t keep a diary, and he never wrote a memoir, which means his story will always be told by others.