How Scientists Identified the Remains of the Romanovs

DNA analysis was the key to unraveling the mystery of what happened to Russia's fallen royal family. 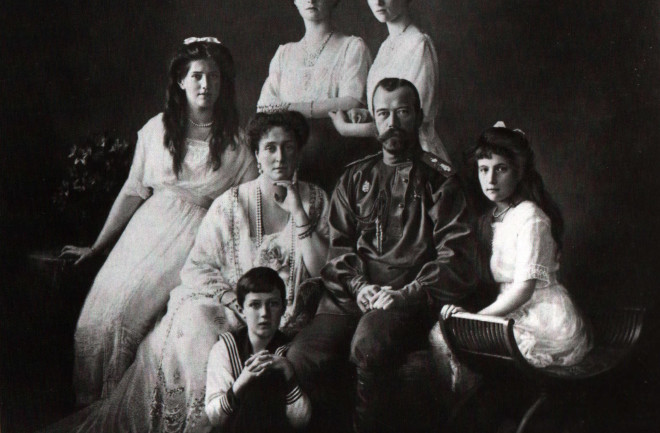 This story is the first in a two-part series about the Romanovs. Read part 2 here.

In 1979, a geologist in Russia approached a grassy area near the Koptyaki forest. He had a permit to dig, and authorities assumed he was there for geological research. But he had a different mission: He believed the bodies of the murdered Romanov family were somewhere in that field.

More than 60 years earlier, Tsar Nicholas II abdicated the throne while under pressure from the Red Army, an army created in the wake of the Bolshevik Revolution of 1917. The Bolsheviks placed the family under house arrest, and then suddenly executed them in 1918 — an event that toppled Russia's last imperial dynasty. The Tsar, Empress Alexandria, their four daughters and one son were all believed to have perished.

But no one knew for sure. The Red Army was secretive about the executions, and the ruling Communist party didn’t permit inquiries into the historic event. So when the geologist found a mass grave, he kept his discovery secret until after the Communist regime collapsed in 1991.

Afterwards, an excavation began when the geologist revealed the hidden grave, and the remains were given to scientists for DNA testing. In the past, several people claimed to be one of the children who miraculously survived, including a few who claimed to be the Grand Duchess Anastasia. Were they telling the truth? Scientists were eager to solve the mystery, but it wasn’t going to be easy.

Investigators weren’t certain how many people were buried in the mass grave. The bodies had been dumped together, and they decomposed over time, leaving behind disorganized bone fragments.

Scientists began by testing the short tandem repeat (STR) markers on the nuclear DNA. This enabled them to identify that nine people were buried in the grave. The skeletons were numbered one through nine. The DNA tests revealed that skeletons four and seven were the parents of skeletons three, five and six.

The other skeletons were not related. Historians long suspected that four servants had been buried along with the royal family. But it would prove difficult to determine whether these bones belonged the murdered Romanovs. For starters, two of the Romanov children were missing. And perhaps even more pressingly, could scientists be sure the grave truly belonged to the Romanovs and not some other unfortunate family?

For the investigation to move forward, forensic genealogists had to step in.

Investigators tested the bones’ mitochondrial DNA (mtDNA), which is found outside the nucleus and acts as a power station for the cell. Whereas people inherit their nuclear DNA from each parent, mothers exclusively pass on mtDNA. For women, that means they have the same mtDNA as their mother, grandmother and so-forth. Males also inherit the maternal mtDNA but do not pass it on to their offspring.

Forensic genealogists constructed a family tree to determine which relatives of the royal family were still living, and if they would be willing to give a blood sample. For the Empress, the match was easy. She was the granddaughter of Queen Victoria of the United Kingdom. Prince Philip, the Duke of Edinburgh and husband of Queen Elizabeth, was also a direct descendent and he agreed to supply a DNA sample.

The DNA test was conclusive. The mtDNA in the remains matched Prince Philip. That meant the Empress and three of her daughters were indeed buried in the mass grave.

But questions still lingered. Where were the two missing Romanov children? And how could they further confirm the Tsar’s identity and convince skeptics?

Forensic investigators also found a nephew of the Tsar living in Toronto, but he refused to cooperate. That meant genealogists had to dig deep into the Tsar’s family tree and find living relatives who also had maternal consanguinity (or a blood relationship) with a shared female ancestor.

Genealogists were able to identify two distant relatives. One was the Tsar’s great niece, and the second was a Duke in Scotland. Both agreed to provide DNA samples. In testing the mtDNA, researchers compared the base pairs between the Tsar, Duke and great-niece.

Four chemical bases — adenine, guanine, cytosine, and thymine — bond with hydrogen to make base pairings. These unique pairings are shared among people who have the same maternal consanguinity.

The Duke and the great-niece matched identically. The Tsar was identical to both but with one exception. In one of the pairs, he had cytosine whereas the others had thymine. What did this mean?

Investigators turned to the remains of the Tsar’s brother, George, and extracted a DNA sample. He also had the same distinction, which confirmed the skeleton in the mass grave was indeed the last Tsar of Russia. The case, however, was still open. Two of the children were missing, and there were several people claiming to be the long-lost Romanovs.

For decades, two women each claimed they were Anastasia, the youngest Romanov daughter. One woman, who called herself Anna Anderson, surfaced in Berlin a few years after the execution and said she survived with the help of a kind Bolshevik soldier. Anderson was really Franziska Schanzkowska of Poland.

Anderson’s compelling story attracted attention, and it was made into a 1956 movie starring Ingrid Bergman. Until her death in 1984, Anderson contended she was the missing Tsarina. In the late 1970s, however, Anderson had surgery on her lower bowel and the hospital kept a tissue sample. When the mass grave was discovered in the early 1990s, the hospital gave researchers the tissue sample so they could determine whether Anderson was telling the truth.

The mtDNA test proved Anderson was a fraud. She was not a Romanov. Instead, her DNA matched with the Schanzkowska family.

Anderson’s rival, Eugenia Smith, who also claimed she was Anastasia, refused to give a DNA sample before she died in 1997. The case was finally solved, however, when researchers found the remaining two skeletons of the missing Romanov children in 2007.

The two missing children had been buried about 70 meters from the mass grave. Scientists repeated the mtDNA test and found an exact match. And in 2018, as the country was preparing to commemorate the 100th anniversary of their deaths, Russian investigators announced that further DNA testing confirmed that the remains were indeed authentic Now they knew for certain — all the Romanovs died during the shocking execution. No one survived, and anyone who claimed otherwise was an imposter.