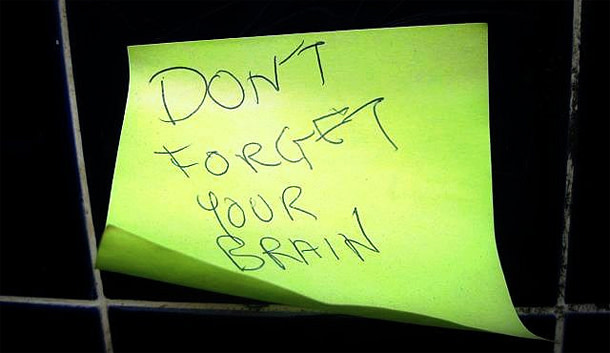 We’re used to the idea that we become more forgetful with age. As time passes, our memories naturally fade and weaken, and that’s if we’re lucky enough to avoid traumatic accidents or diseases like Alzheimer’s. But Reut Shema

, from the Weizmann Institute of Science in Israel, has found a possible way of preventing this decline, and even reversing it. By loading the brains of rats with a protein called PKMzeta, she managed to strengthen their memories, even old and faded ones. “Multiple old memories were robustly enhanced. These results have no precedent,” says Todd Sacktor

, who led the study together with Yadin Dudai

. PKMzeta is the engine of memory. This single protein behaves like a machine that constantly works to keep our memories intact. Switch it off, and we forget things permanently. It’s our lone defence against a constant tide of forgetfulness that threatens to revert our brains back to a blank slate (see “Exposing the memory engine

”). In 2007, Shema, Dudai, and Sacktor showed how important PKMzeta is

by inactivating it in the brains of rats using a chemical called ZIP. They trained the rodents to avoid an artificial sweetener before injecting ZIP into the part of their brain involved in taste. The chemical irreversibly erased their distaste for sweetener. Even if they’d learned to avoid it a month earlier (several years in human terms), they forgot all about it once ZIP had blocked their PKMzeta. The protein’s powers aren’t limited to taste. Shema, Sacktor and others have since disrupted all sorts of memories by blocking PKMzeta, from old fears to motor skills to the location of objects. These were a compelling result but the team hadn’t entirely sealed their case. “People have done science where you block things to see what happens, but you don’t really know what’s going on,” explains Karim Nader

, a memory researcher at McGill University, who has worked with Sacktor before. ”You think it’s the equivalent of a smart bomb, but maybe it’s a dirty bomb. You block something in the brain and there are eight million things that could happen. So you have to enhance it and see if you have the opposite effect.” And that’s exactly what Shema has now done. Once again, she taught rats to avoid the taste of sweetener. This time, a few days before their training, she infected the rats’ brains with viruses carrying PKMzeta. With extra copies of the protein at hand, the rats were morelikely to remember their distaste for sweetener. Even if Shema injected the viruses a week after the rats’ training, when their aversion to the sweetener had started to fade, the extra PKMzeta enhanced their dulled memories. “That’s the grand slam,” says Nader. “It’s got to be that molecule.” Sacktor thinks that PKMzeta is unique in being able to boost old memories in healthy animals. In 2007, Li-Huei Tsai managed to reinstate lost memories in rats

by chemically blocking a group of proteins called histone deacetylases. These chemicals stop DNA from scrunching up, which makes the genes within it easier to reach. But Tsai only did this in rats that suffered from a type of dementia. “That’s not the same thing as enhancing a normal animal’s old memories and making them stronger,” says Sacktor. There are also many ways of strengthening memories in their earliest stages

, when they first form and when they move from short-term to long-term storage. Rehearing the same information can help, as can a good nap

. Just last month, I reported on a protein called IGF-II that can do the same

. “But what we have with PKMzeta is unprecedented, in that you can take old memories that have already been around for a week and make them stronger,” says Sacktor. “That’s what’s really different about this.” The viruses apparently weren’t just flooding the brain with PKMzeta, indiscriminately strengthening all the nearby synapses. Instead, the extra protein appears to have ended up in some synapses but not others. “This in a sense is just as remarkable,” says Sacktor. “You put in more of it and you don’t screw up the whole system. PKMzeta somehow knows how to fit into the memories that are already there.” Sacktor thinks that PKMzeta is drawn to itself. It somehow ends up in the right places and strengthens connections that have already been tagged by existing PKMzeta. “Think about zeroes and ones on a hard disk,” he says. Removing PKMzeta with ZIP is like erasing information by flipping all the ones to zeroes. “Now we’re saying we’re putting in more ones, but it’s like they’re going where the other ones are, rather than randomly going to ones or zeroes.” This strange homing ability could help us integrate new information to existing memories, or to make sense of our memories over long periods of time. It’s the strangest aspect of PKMzeta and the one that Sacktor is most eager to crack. (See “Todd Sacktor talks about the memory engine

, who studies memory at the University of Alabama, says that the new study is a “significant step forward” that greatly strengthens the role for PKMzeta in memory. “The identification of PKMzeta activators as potential cognition-enhancing agents is particularly exciting.” But Sacktor is rightly cautious about any applications. “First of all, I don’t think we’re going to be using viruses!” he says. Rather than introducing extra copies of the PKMzeta gene, the ultimate goal is to work out how the brain makes the protein itself and give that process a boost. Even then, it’s difficult to say anything about benefits or risks, when people have only done studies in rats. “One really doesn’t know how this would work out in people,” says Sacktor. Remembering every experience in painful detail might not be a pleasant or useful experience. “I think the point is more for people whose memories are falling apart because of neurodegeneration. There could be good and bad things about enhancing memory, but in people who are losing their memory, I think it makes sense. If people can’t remember whether they left their stove on or they can’t remember their children...” Reference: Shema, R. (2011). Enhancement of Consolidated Long-Term Memory by Overexpression of Protein Kinase Mz in the Neocortex Science DOI: 10.1126/science.1200215