Erasing a memory reveals the neurons that encode it

A couple of weeks ago, I wrote about propranolol, a drug that can erase the emotion of fearful memories. When volunteers take the drug before recalling a scary memory about a spider, it dulled the emotional sting of future recollections. It's not, however, a mind-wiping pill in the traditional science-fiction sense, and it can't erase memories as was so widely reported by the hysterical mainstream media. 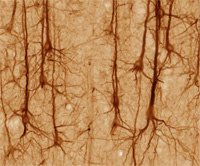 The research that's published today is a different story. Jin-Hee Han from the University of Toronto has indeed found a way to erase a specific fearful memory, but despite the superficial similarities, this is a very different story to the propranolol saga. For a start, Han worked in mice not humans. And unlike the propranolol researchers, who were interested in developing ways of treating people with post-traumatic stress disorder, Han's goal was to understand how memories are stored in the brain. Erasing them was just a step towards doing that.

Han's found that a protein called CREB is a molecular beacon that singles out neurons involved in remembering fearful experiences. When a rat experiences something scary, the CREB-neurons in a part of its brain called the amygdala are responsible for storing that memory - for producing what neuroscientists call its "trace". When Han killed the amygdala's CREB-neurons, he triggered selective amnesia in the rats, abolishing the specific fears they had been trained to feel. The memory loss was permanent.

This is a major piece of work. Scientists have long believed that memories are represented by specific collections of neurons. But these neurons don't occur in a neat, tidy clump; they're often widely spread out, which makes finding the cells that make up any particular memory incredibly challenging. Han has done this by using the CREB protein as a marker. And in doing so, he had highlighted the vital role of this protein in our memories.

I stress again that this isn't about erasing memories in and of itself. Doing so is just a means to an end - identifying a group of neurons involved in storing a specific memory. For reasons that should become clear in this article, Han's technique isn't exactly feasible in humans! Whether this will stop the inevitable run-for-the-hills editorials is perhaps unlikely, but enough speculation: on with the details.

Previously, Han showed that neurons in the amygdala are recruited to form part of a new memory trace depending on how much CREB they have. He bolstered the amount of this vital protein in a small group of neurons and found that, compared to their normal neighbours, these CREB-enhanced cells were three times more likely to be activated when he trained rats to fear a musical tone. Neurons that lacked CREB altogether were 12 times less likely to be activated when rats learned to be scared.

Clearly, neurons with high levels of CREB are important for memories, so Han wanted to see what would happen if he got rid of them. Han used a strain of genetically engineered mice that could be affected by diphtheria toxin, a poison produced by bacteria. The poison works by sticking to a specific protein - a receptor, which humans have but which mice usually lack. Han placed the diphtheria receptor under the control of another protein called Cre and he loaded both Cre and CREB into a virus.

When the virus infects random mouse neurons, it produces CREB and Cre. The latter protein activates the gene for the diphtheria receptor. This system means that any neuron that has high levels of CREB also becomes vulnerable to the diphtheria toxin. Using this toxin, Han was able to kill only those neurons that are loaded CREB, while leaving all others unharmed. It means that the very neurons most likely to be incorporated into a fearful memory trace also become easy to kill in a stroke. It's a beautifully constructed set-up that demonstrates both the power and the elegance of modern biological techniques.

Han used a lenient training regime to train these engineered mice to fear a specific sound. He then injected his CREB-Cre viruses into their amygdala and sure enough, the boost provided by the extra CREB protein improved their memories of what they had learned. But when Han used diphtheria toxin to delete the CREB-rich neurons, that improvement was completely reversed. 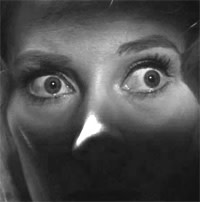 The technique even managed to erase a much stronger memory. Again, Han trained rats to fear a tone, but this time he used a more intense training schedule to more firmly etch the lesson in their minds. And again, deleting the small population of neurons with high levels of CREB abolished this memory.

Obviously, the destruction of any neurons ought to negatively affect the mice. So to prove that it was the CREB-rich ones that mattered, Han changed his system slightly so that Cre was paired with another random protein. This meant that the diphtheria toxin would kill a random selection of cells, regardless of how much CREB they had. When Han did this, the rats remained afraid of the menacing tone. You can't erase the memory with wanton neuron death; you have to pick the right ones.

All the signs suggest that the memory loss is permanent. Twelve days after the injection, the mice still hadn't recovered what had been erased, although their memories as a whole were far from impaired. They were entirely able to learn new material, or even relearn the fear of the tone with further training. Killing off CREB-rich neurons only does away with a tiny fraction of the amygdala's full complement. The survivors are more than enough for encoding new memories.

To summarise, Han has shown that neurons with lots of CREB are essential for storing memories after they are first formed. When mice learn from scary experiences, it's possible that other neurons are brought into play, but the CREB-rich ones are clearly the central players. Without them, the memory is lost.

A couple of caveats - a couple of days ago, I wrote about a study which showed that a rat's fear behaviour is governed by very different networks of neurons depending on the nature of the threat. The amygdala only covers fear of experiences like electric shocks, while more instinctive responses to predators or violent peers are controlled by the hypothalamus. It's not clear whether CREB is just as important for memory storage in this part of the brain.

But mainly, and this is worth stressing again, this isn't about erasing memories as an end to itself. It's about doing so to establish that a certain population of neurons encodes a specific memory - the best way to do that is to erase them and see what happens.

So to finish off, let's play a game. For media coverage of this story, score the following FAIL points if you see any of these: