After a mass extinction event, increasing heat temperatures helped ancient reptiles evolve into dinosaurs and other diverse species that thrived. 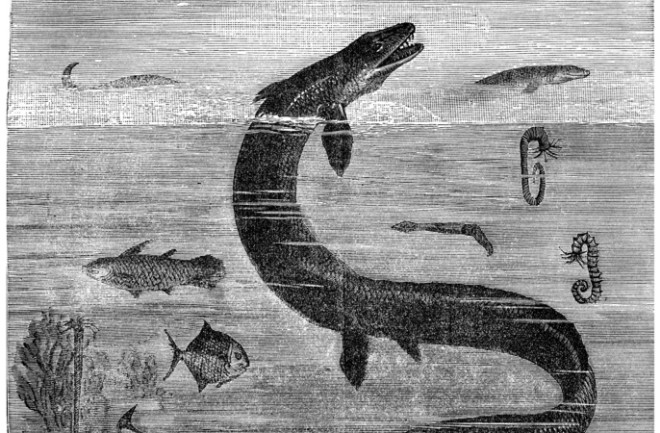 Long ago, before the dinosaurs, there was a time when protomammals prospered. These early ancestors of ours were some of the most ecologically-significant animals on the planet, filling landscapes to the brim with various herbivores, carnivores and omnivores during what paleontologists know as the Permian Period.

A mass extinction changed all that.

About 252 million years ago, intense volcanic activity sparked Earth’s third mass extinction. Roughly 70 percent of known species quickly perished, including most protomammals. Reptiles fared better during the aftermath, the early relatives of crocodiles, dinosaurs, and other scaly creatures diversifying into a spectacular array of shapes and sizes.

Now paleontologists are starting to understand how the Age of Reptiles got its start.

No species can prepare for mass extinction. The events are often so rapid that it’s extremely difficult to adapt.

But, over long evolutionary spans, organisms can evolve particular traits that give them an advantage when the pressure of mass extinction builds. Reptiles had such an advantage.

The ways reptiles adapted to the hothouse world created by the greenhouse gases belched out by the volcanoes set them up for ecological success through the Triassic, Jurassic and Cretaceous periods.

That era included the origins of dinosaurs, the flying pterosaurs, the fish-like ichthyosaurs, early crocodile relatives and many other creatures. The question, until now, has been why.

New findings, reported in Science Advances, didn’t come from one single fossil find. Instead, Simões and colleagues compared details of reptile evolution – such as body size and how quickly early reptiles evolved – with data on global temperature in the prehistoric past.

Previously, paleontologists thought that reptiles outpaced ancient mammal relatives because the end-Permian catastrophe — regarded as the greatest mass extinction in Earth’s history —  cleared the field and offered plenty of ecological free space to whatever species survived.

It was proposed that reptiles just happened to fill up that space faster during the early part of the Triassic Period. But that is more of a pattern than a reason for the shift.

More likely, Simões and coauthors contend, is that elevated temperatures during the earliest part of the Triassic forced reptiles to adapt in ways that opened up more evolutionary possibilities.

Temperatures soared during the early Triassic. The average sea surface temperature at the end of the Permian was about 80 degrees Fahrenheit just before the mass extinction.

During the first 10 million years of the Triassic, average sea surface temperatures reached over 90 degrees Fahrenheit, indicating hotter temperatures in terrestrial environments, too. And even though these changes played out over millions of years, they still put a squeeze on the Permian survivors.

Organisms had to move, adapt or go extinct.

At least three options were open to ancient reptiles, Simões and coauthors propose.

Some reptiles, such as long-necked forms called protorosaurs, became smaller as temperatures increased. Smaller size made it easier to dump excess body heat. The water might have been another refuge.

Prior to the mass extinction, there were no aquatic reptiles that lived in the seas or spent their entire lives in the water. But the Triassic saw a profusion of different groups – such as the ancestors of shark-like ichthyosaurs and four-paddled plesiosaurs, as well as one-offs such as the turtle-like placodonts – that became increasingly-adapted to life in the water.

These were some of the first reptiles to truly become large, as life in the water allowed these creatures to attain sizes not yet possible on land.

Lastly, the paleontologists suggest, reptiles may have migrated away from the hottest, tropical habitats towards more temperate habitats.

“The Triassic is often thought of as a bit of an age of oddballs because of the very wild morphologies that reptiles [experienced],” says Yale University paleontologist Dalton Meyer, who was not involved in the new study.

Some reptiles, such as the broader family that includes dinosaurs and crocodiles, evolved quickly with the shifting temperatures. Other reptiles, like the predecessors of lizards, became smaller and didn’t take on such a broad variety of forms.

There was more nuance to why organisms survived and thrived, Meyer says, than has previously been appreciated.

There was also an unexpected twist to the story.

Tens of millions of years before the end of the Permian, reptiles adapted to cope with a different, less-intense climate shift. This time period welcomed the earliest turtles, the ancestors of lizards and snakes and more.

Even though these forms were often small and seemed less significant compared to protomammals of the Permian, they nevertheless came in a diverse array of forms and ecologies that gave reptiles in general a better chance of rebounding from further disaster.

“Reptiles had already evolved new body plans or key new anatomical traits that allowed them to quickly diversify in a wide range of ecosystems after the end Permian extinction that were previously dominated by their immediate competitors on land,” Simões says.

Previous ecological shake-ups had caused reptiles to cope in new ways, making it easier for them to do so again.

Reptiles didn’t just walk into a mostly-empty world and take it over. They evolved to cope with intense conditions in the aftermath of extinction, the pressure of climate change spinning off a variety of new forms that inhabited a broader swath of the planet than ever before.

When temperatures began to dip back down towards their pre-extinction levels, then, there was a whole array of different reptiles that could proliferate even further. By the middle of the Triassic, the Age of Reptiles was in full swing.