Life on Earth wouldn’t exist without it. But how much do you know about water, anyway? 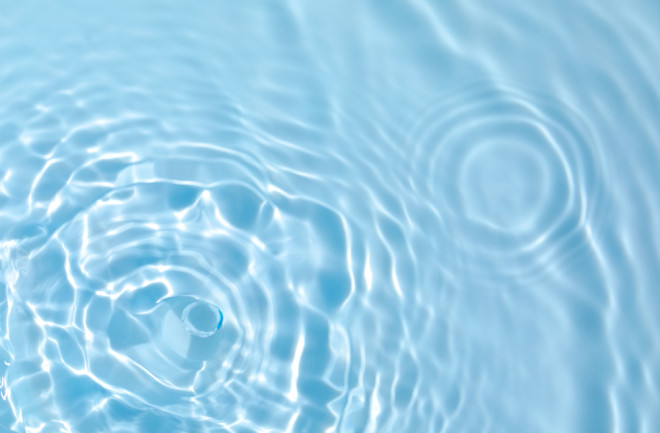 Water is necessary for all living organisms. Whether it’s to stay hydrated, break down food, generate energy, regulate metabolism or help things grow, life as we know it couldn’t exist without water. Believed to be more than 4.6 billion years old, the water on Earth has shaped the planet and its history. Whether in its liquid, solid or gas form, water is an incredible substance. And would you believe the average American family uses more than 300 gallons of water each day? Since World Water Day is celebrated on March 22, let’s dive into five interesting facts about water.

How Much Is There?

There are an estimated 326 million trillion gallons of water on Earth. Approximately 98 percent is from the oceans —­­ and undrinkable because of the salt content. That means that less than 3 percent of our planet’s water is fresh, found in ice caps, glaciers, wells, aquifers, rivers and lakes. Groundwater is particularly important because it provides water for people in places where the supply is limited or insufficient, like desert towns. To get a better sense of how much water there is on Earth, think of it this way: If the world's water was poured on the contiguous United States, it would cover it to a depth of about 107 miles.

Our Bodies Are More Than Half Water

Water is involved in many functions and needed for most bodily systems, including removing waste, regulating body temperature, lubricating/cushioning joints and protecting the spinal cord. The percentage of water varies among organs, with the brain and kidneys containing the highest, at 80-85 percent. The heart and lungs contain 75-80 percent water while skin, muscles and liver contain 70-75 percent. Even our blood, bones and teeth are comprised partially of water. The amount of water in our bodies is impacted by body composition. The average adult man is 60 percent water, while adult women are slightly less at 55 percent. This is because fatty tissue holds less water than lean tissue and women have more fatty tissue. Overweight people also have less water in their bodies, regardless of sex.

Although the Romans didn’t invent aqueducts, they developed a sophisticated water system that enabled their civilization to thrive. Considered an engineering marvel, they constructed their aqueduct system from pipes, tunnels, canals and bridges. They were able to utilize the natural topography to maximize the effects of gravity. This enabled the Romans to effectively channel water to different areas for use in baths, fountains, irrigation, sanitation and drinking. There were 11 aqueducts constructed during the years of 312 BCE to 226 CE, which carried water into Rome from almost 60 miles away. At its zenith, the aqueduct system supplied water to almost 200 cities within the Roman Empire.

In its simplest terms, Earth’s water cycle is the endless process that connects water in all its different forms. In 1580, Bernard Palissy developed a theory of the water cycle. He believed the amount of water on Earth remains the same, although in constant motion, and that the same water molecules from billions of years ago have constantly been recycled. The water cycle process happens through evaporation, condensation and precipitation and impacts and alters Earth’s geography. Water erosion and glacial melting are integral in creating Earth’s features, such as valleys and mountain peaks. It also creates glacial erratics, which are rocks and boulders that have been moved by glaciers and deposited in a different spot after the glacier melts.

Water is a Compound

Made up of two hydrogen atoms and one oxygen atom, water is considered a compound — and a molecule. Before chemistry was understood, water was considered an element. But elements only have one type of atom — such as nitrogen, carbon or magnesium. Although water’s chemical makeup might be basic, the properties are complicated and unusual. Most compounds are denser in their solid-state than liquid. However, the solid-state of water — ice — can float on water. Ice sits on top of water creating an insulating barrier for aquatic life. If it sunk, the water would freeze and life couldn’t survive.