Earth's Water Is Older Than the Sun

A new model of the chemistry of the early solar system finds that up to half the water now on Earth was inherited from an abundant supply of interstellar ice as our sun formed. 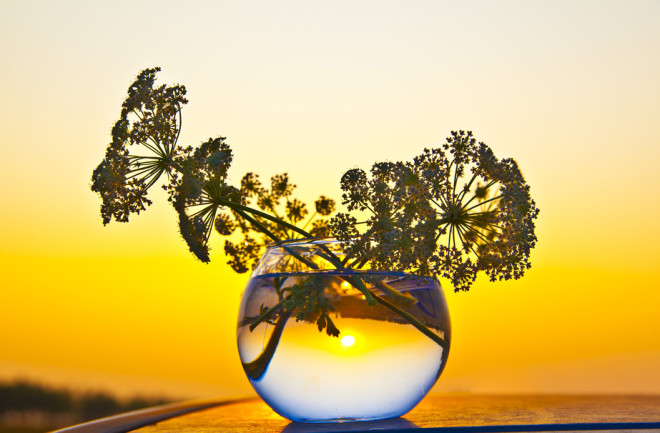 The sun, at 4.6 billion years old, predates all the other bodies in our solar system. But it turns out that much of the water we swim in and drink here on Earth is even older.

A new model of the chemistry of the early solar system finds that up to half the water now on Earth was inherited from an abundant supply of interstellar ice as our sun formed. That means our solar system’s moisture wasn’t the result of local conditions in the proto-planetary disk, but rather a regular feature of planetary formation — raising hopes that life could indeed exist elsewhere in the universe.

To determine the age of our solar system’s water, researchers focused on its ratio of hydrogen to deuterium, called “heavy hydrogen” because it has an extra neutron. Interstellar ice has a very high ratio of deuterium to hydrogen because it formed in very cold temperatures. Scientists already knew this from looking at the composition of comets and asteroids.

But, confounding the matter, deuterium levels in the solar system’s water have also been rising ever since the sun formed. So to determine if the sun alone could produce today’s levels of the isotope, researchers built a computer model that essentially wound back the clock to the beginning of the solar system and assumed no inherited deuterium.

However, the model system was incapable of producing deuterium to hydrogen ratios that were as high as those found in our solar system. Therefore, researchers estimate, 30 to 50 percent of our solar system’s water was already a part of the ancient molecular cloud that spawned the Sun and planets. They published their findings today in the journal Science.

If our solar system’s formation was typical, cosmically speaking, then the findings imply that interstellar ices are in healthy supply for all up-and-coming planetary systems. And since all life we know of depends on water, that news improves the odds that other planetary systems have what it takes to support life.

A new twist, then, on the Rime of the Ancient Mariner: “Water, water everywhere, and every planet can have a drink.”

Water through time: Ices from the parent molecular cloud are incorporated into planet-forming disks around young stars, and eventually into the planets themselves. (Credit: Bill Saxton, NSF/AUI/NRAO)
1 free article left
Want More? Get unlimited access for as low as $1.99/month
Subscribe