Astronomers have worked out when most of the water on Earth probably formed and it's older than you think. 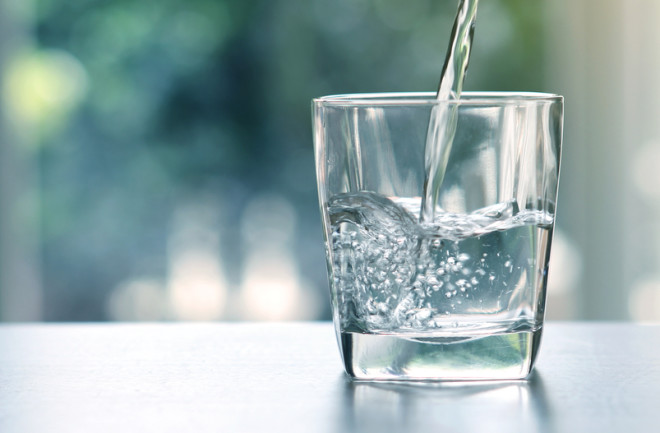 Back in 2016, geologists from the University of Toronto announced they had discovered water at the bottom of an old mine in Canada that was 2 billion years old. The claim was based on the presence of dissolved salts and noble gases, which suggests how long the water had been isolated.

However, the water itself must be at least 2 billion years old but this work did not reveal when it formed. So how old is this water or indeed, any of the stuff we drink?

Today we get an answer thanks to Cecilia Ceccarelli at the Université Grenoble Alpes in France and Fujun Du at the Purple Mountain Observatory in China, who have studied the way water forms and where most of it on Earth is likely to have come from.

Their conclusion is that most of the water we drink formed during the early formation of the Solar System some 4.5 billion years ago. In other words, it is older than Earth itself.

Deciphering what happened so long ago is not simple. “After all, we only have at hand the final products of the process,” say Ceccarelli and Fu.

Instead, they have studied the history of the Solar System by watching how other planetary systems are currently forming elsewhere in the galaxy.

Ceccarelli and Fu say they believe the solar system formed in four steps.

The process began with a molecular cloud probably leftover from the supernova explosion that marked the death of an earlier star. This cloud was composed mostly of hydrogen, helium, oxygen and carbon and mixed with tiny grains of carbon and silicates—all at a temperature of about 10 Kelvin.

These grains played a hugely important role in the formation of water, say the researchers. At this temperature, oxygen atoms and molecules tend to stick to the grains while the much lighter hydrogen flits from one grain to another. In these circumstances, over millions of years, the hydrogen reacts with oxygen forming water.

Gravitational forces within the cloud cause it to condense, heat up and begin to rotate forming a protoplanetary disc in which water is the most abundant molecule. At the center of all this action is an increasingly hot clump called a proto star.

The protoplanetary disc is a complex region where water forms vapor or condenses as ice around grains depending on its temperature.

Although there is considerable complexity in how this happens, the researchers conclude that this is how most of the water on Earth ended up here.

So far, this is what astronomers imagine happens in other solar systems as they form. “A crucial question is whether and how much of this 4.5-billion-year-old water reached Earth,” say the researchers.

It turns out there is a special piece of evidence that helps confirm that the water on Earth came from this interstellar process.

Primeval hydrogen is a mix of two isotopes. The first is ordinary hydrogen with a single proton as a nucleus, while the second is deuterium, which has a proton and neutron as its heart.

The formation of water on the surface of dust grains involves both these isotopes in a complex reversible process. So as water forms, it can also dissociate into its atomic components.

But because deuterium is heavier than hydrogen, heavy water is less likely to dissociate. So over millions of years, this process of water formation tends to concentrate deuterium in heavy water.

Indeed, primeval hydrogen contains about one deuterium atom for every 100,000 hydrogens. But in protoplanetary discs, the ratio of hydrogen to deuterium can reach about 100:1.

So if our drinking water comes from this process, it should share this signature. “There are no other ways to obtain this large amount of heavy water,” say the researchers.

It turns out that our water does share this signature. ““Heavy over normal” water on Earth is about 10 times larger than the elemental D/H ratio in the Universe,” say Ceccarelli and Fu. “This is a very precise indication that at least part of the water that arrived to us formed in the original molecular cloud clump from which the Solar System was born.”

The researchers say this evidence suggests that up to 50 per cent of the water we drink today probably came from this process and was delivered to Earth via small bodies called planetesimals. But they go on to say that the exact way in which this happened is far from clear.

Nevertheless, it means that each time you take a sip of water, you are drinking from a 4.5 billion year-old font that dates back to the formation of the Solar System. Cheers!