The Origins and Young History of Early-Onset Alzheimer’s Disease

As life expectancies have increased, we've learned more about this specific form of dementia impacting middle-aged people. But some aspects of the illness still stump physicians and medical experts.. 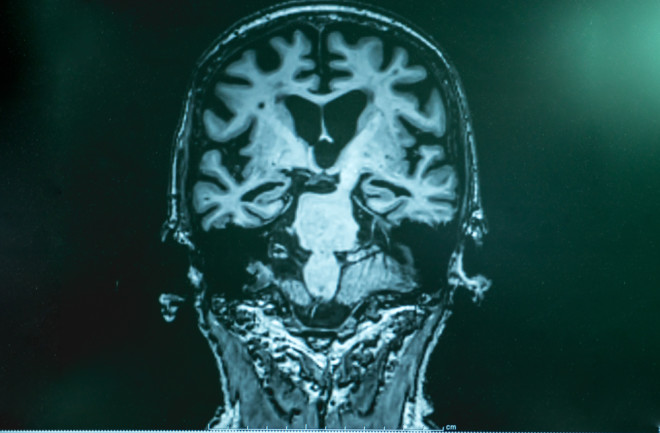 In November 1901, a German railroad worker admitted his 51-year-old wife into a mental hospital in Frankfort. His wife, Auguste, had become unmanageable. Her odd behavior began in March when she accused him of having an affair. She stopped caring for the house and it seemed like she no longer knew how to cook. She struggled to speak and write. She had trouble sleeping at night, and even the neighbors could hear her sobbing.

At the hospital, Auguste was under the care of Alois Alzheimer, a doctor who diagnosed her with “presenile dementia.” When she died in 1906, Alzheimer conducted an examination on her brain. He found the cerebral cortex had thinned. He also observed “senile plagues” and neurofibrillary tangles.

The neurofibrillary tangles were new to physicians in this era. At the time, they attributed senile plagues to older patients, not someone as young as Auguste. Alzheimer presented his findings, and the medical community began referring to dementia in younger people as “Alzheimer’s disease.”

For decades, scientists associated Alzheimer’s disease with younger patients like Auguste. Life expectancies were shorter, with the average person born in the U.S. in 1900 expected to live just 47.3 years. In 1950, only 8 percent of Americans were over the age of 65.

Decades later, scientists still have many questions about what causes early-onset Alzheimer’s and how it can be treated.

Scientists don’t agree on how to define early-onset Alzheimer’s disease.

“There is no true known definition that separates early-onset and late-onset.” says Gary Beecham, an associate professor of human genetics at the University of Miami. “Typically, if you look through the literature, age 60 or 65 is the cut-off that most people use. Some of that is just practical. If you think they are distinct, you have to cut it off somewhere.”

“In other words, even though there are strong genetic effects, they are very rare,” Beecham says.

Late-onset effects more people than early-onset.  In 2021, about 6.2 million people in the U.S. over the age of 65 were living with Alzheimer’s or dementia. About two-thirds of these cases are women, according to the Alzheimer’s Association.

In contrast, early-onset is estimated to affect 250,000 people, according to Christiane Reitz, associate professor of neurology and epidemiology at Columbia University.

Many people don’t realize that early-onset Alzheimer’s doesn’t always present the same way as late-onset Alzheimer’s. Most people in their 40s or 50s who develop Alzheimer’s disease don’t initially show symptoms of memory loss. Instead, they have other cognitive declines such as trouble with speech or visual processing.

Many early-onset patients also delay diagnosis because they don’t have any family members who had  the same symptoms in the past. Often, people with a family history of late-onset Alzheimer’s will be mindful of the possibility they could also develop the disease one day. Too many people, Reitz says, have the same expectation with early-onset: “But the vast majority of people with early-onset Alzheimer’s disease don’t have family members effected or with the same expression.”

Scientists are still trying to understand both the genetic and environmental influence on both early-onset and late-onset Alzheimer’s disease.  Problematically, scientists know that people who develop Alzheimer’s disease begin experiencing neurological changes decades before they show symptoms.

For people with late-onset Alzheimer’s disease who are diagnosed in their 70s, Beecham says the changes in their brain likely began in their 50s. For those with early-onset, the change likely starts five to 10 years before symptoms present.

Beecham says the delay between when the neurological changes begin and when symptoms present makes it more difficult for researchers to understand which environmental factors contributed to the disease’s development. “That makes it harder to disentangle what is causing it,” Beecham says.

Researchers hope to continue to map the genetic influences on Alzheimer’s disease. Beecham says the ultimate goal is to be able to cure the disease and supply cost-effective treatment. Until then, being able to provide early intervention can help patients have a better quality of life. However, both Beecham and Reitz say the current scientific literature overwhelmingly addresses patients of European heritage, and there is a great need to expand the research to include other populations.

“You need to be able to predict who will have the disease,” Beecham says.

This story is the first in a three-part series about early-onset Alzheimer's disease. Read part 2 here.