The Challenges of Identifying and Diagnosing Early-Onset Alzheimer's

With this form of dementia, symptoms often occur in people under the age of 60. But a diagnosis often evades physicians. 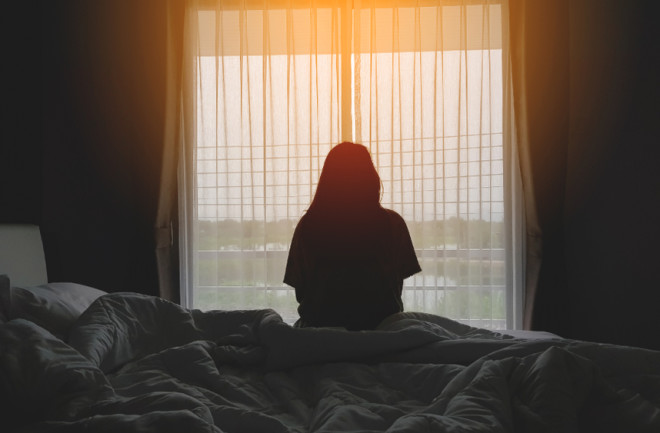 This story is the second in a three-part series about early-onset Alzheimer's disease. Read part 1 here.

Dave Mate watched his wife’s dementia progress for more than two decades. But at the time, no one knew what to call her cognitive decline.

Starting in her late 40s, Mate’s wife, Victoria, began struggling with her executive functioning. One time, she misunderstood a buy-one-get-one free sale at the grocery store. She confirmed the sale with the butcher, but grabbed the wrong item off the shelf. “She was confused and she got into an argument with the cashier,” says Mate, of Johnsburg, Ill.

Around the same time, she wanted repeated reminders for keeping her schedule organized even though she rarely left the house. It was a sharp contrast to who she was just years before — an energetic, artistic woman who once told Mate in a shopping mall that he needed to walk faster and keep up with her.

Although late-onset Alzheimer’s disease is typically characterized by memory loss, early-onset patients often still have their memories intact but struggle with other cognitive functions. Early-onset is broadly defined as the development of symptoms before the age of 60. Between 5 to 10 percent of Alzheimer’s patients have early onset and begin showing symptoms in their 40s, 50s or even earlier. Problematically, people rarely expect Alzheimer’s in young people and diagnosis can be delayed by years.

Mate remembers his wife asking three different physicians if she had early-onset Alzheimer’s disease. By then, she was in her late 50s and failing to remember major life events.  She knew she was confused and forgetful.

“She asked her doctors, ‘Do you think I have dementia? I never remember anything. I get confused,’” Mate says.

They all denied the possibility, he adds. They would cite her medical history as reasons why she was struggling cognitively. She had a tumor removed from an optic nerve in her 40s. Then, she developed Type 2 diabetes and contracted hepatitis.

A physician attributed her general confusion to insulin resistance. “One doctor thought the fact that she asked was reason enough that she didn’t have it,” Mate says.

Early-onset Alzheimer’s has a variety of symptoms, which can confuse both family members and medical providers into thinking it’s a different ailment.

“They are often misdiagnosed for a long time. Even if it’s someone who says, ‘Doctor, I have a memory problem.’ No one expects it in their 40s,” says Mario Mendez, a professor of neurology and psychiatry at the University of California, Los Angeles and the director of the Focal-type Dementia Clinic and Program.

For many early-onset patients, Alzheimer’s disease starts with a cognitive impairment referred to as a “nonamnestic variant.” There are four main variants.

The progressive aphasia variant effects a person’s speech. “They might have difficulty finding the right word, or the fluency of their speech is disturbed,” Mendez says.

Visual processing is affected with posterior cortical atrophy. In this variant, the person has difficulty scanning their environment and they fail to pick out objects from their closet or refrigerator. “They go from optometrist to ophthalmologist to another optometrist to another ophthalmologist until someone says, ‘This is not the eye, this is the brain,’ ” Mendez says.

With the acalculia variant, a person experiences difficulty with numbers. Mendez says he has patients who were architects and realized they struggled with calculations. “They aren’t saying, ‘I have a memory problem.’ They are saying, ‘I can’t do numbers,’ ” Mendez says.

The fourth major variant, the frontal variant or behavioral executive variant, is an atrophy of the temporoparietal part of the brain. A person might show indifference or apathy to people in their life as well as a decline in their executive functioning. Organizing, staying on task, and making decisions becomes problematic, according to Mendez.

In Mendez’s program, variants make up about 60 percent of his patients. He says his youngest patients were in their early 40s when they began showing symptoms. Research journals have cited examples of patients as young as their late 20s, but Mendez says it is uncommon.

Early-onset is both rare and unexpected. Patients presenting with symptoms in their 30s, 40s and 50s are often told to sleep better or reduce their stress level. “These early-onset complaints are often misdiagnosed for a long time,” Mendez says.

A person can live for years with the variant symptoms before other aspects of Alzheimer’s disease, such as memory loss, become apparent, Mendez says. This is because the disease’s impact on the brain is “patchy,” in the sense that the impairment is initially localized.

For example, a person with the acalculia variant experiences a deterioration in the intraparietal sulcus, which is located in the parietal lobe.  They lose their ability to do basic math, but their hippocampus — which is responsible for short-term memory — is not yet affected.

Mate says he saw a similar progression with his wife, who he believes began losing her executive functioning in her late 40s. Before her decline, he says she loved children, animals and nature. She had taken horticulture classes at the community college and her garden was filled with flowers, plants and trees that passersby stopped to compliment. She stopped gardening in her late 40s and rarely left the house. Her memory loss didn’t begin until a decade later.

As the years passed, Mate took over all of his wife’s care and she became more dependent on him. In November 2020, Victoria heard voices and accused Mate of allowing people to live in their house without consulting her first. He brought her to the hospital, but they released her several days later and said she was fine. “She was good at tricking people,” Mate says.

With the help of his daughter and son-in-law, Mate brought her to a clinic for evaluation in January 2021. She was diagnosed with late-stage dementia after failing a memory test. She died a month later at the age of 68.

After she received her terminal diagnosis, Mate and his family realized she had endured symptoms for decades. “I always say she ran circles around me,” Mate says. “This is the woman who, at the end, was in a wheelchair.”