How To Improve Self-Control

The key to change relies on more than willpower alone. 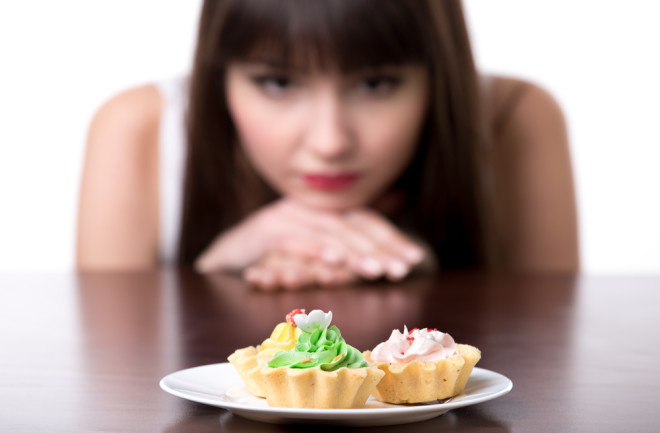 Whether you’re looking to lose a few pounds, spend more time at the gym, learn a language or meditate regularly, turning bad habits into good ones is all about self-control. Some of us have more than others and research shows that those with more self-control tend to be happier. But the problem with self-control is that we’re usually only rewarded for it in the future so we’re constantly having to weigh whether we’d rather wait for the reward or have that chocolate chip cookie right now.

Read more: Have We Come to Rely on Instant Gratification?

Michael Inzlicht is a professor of psychology at the University of Toronto and a self-control researcher. He says that the ironic thing about self-control is that those who are really good at it don’t have to practice it. They’re doing the things that help them meet their goals all the time without having to exert effort. “Those with high self-control tend to have desires that are considered more virtuous and are more often rewarded by society.”

When you love and desire something that tends to be better for you (or society tends to think is better for you), like studying, working hard or exercising, for example, you don’t have to think about doing it. Inzlicht says that these types of individuals generally have what’s called “trait self-control” meaning it’s an aspect of their personality. His team has studied those with ample self-control and found that they tend to have several similar personality traits.

When it comes to improving self-control, this too is complicated. Inzlicht says that it’s difficult to change the personality traits that you’re born with and some people are born with more problematic desires than others. For some of us, our desires can be difficult to control no matter the strategies that we employ. But that doesn’t mean you can’t change bad habits into good ones.

Read more: Scientists Once Thought Personality Was Set in Stone. They Were Wrong

A wide body of research shows that you can improve self-control for a particular behavior you want to change or a habit you’d like to cultivate. For example, Inzlicht says that when we get paid to make life changes, we’re more likely to make them. Some gyms will charge you a certain amount of money for a year-long membership and then give you a few cents back every time you come. Even a small amount of money can incentivize people to work out.

Another tip for success, says Inzlicht, is being specific about your goals. “Don’t just say that you’re going to go to the gym more often, set out the days and times each week that you plan to go,” he says.

“Temptation bundling,” is another strategy for making positive life changes. This means reserving fun activities for times when you’re successfully exerting self-control. For example, you’re only allowed to listen to that really trashy podcast when you’re at the gym, says Inzlicht. That book you can’t put down; you can only read it on the treadmill.

But according to Todd Hare, an associate professor of Neuroeconomics and Human Development at the University of Zurich, you shouldn’t rely on willpower alone to make positive life changes. “The key is to plan ahead. Set your workout clothes out so you’re not as conflicted about whether or not to go. You’ve already made the decision the night before and now you’re just going to execute it in the morning,” he says.

The same is true for other habits that require self-control. If improving your diet is on the agenda, go to the grocery store and buy only the healthy foods that you plan to cook that week. Build a pantry that doesn’t include foods that force you to constantly exert willpower. We’re more successful the fewer times our brains are left to contemplate decisions, says Hare. For example, if you allow a certain number of daily calories, you’re left deciding where to spend them throughout the day. That’s harder than having every meal you plan to eat made ahead of time.

Some of us are indeed born with more self-control than others and some of us have more desires pulling us in every direction. But it is also true that we can make positive changes if we design our lives in a way that makes it easier. “The more the obstacles of temptation in your path, the harder it is to make a rule and stick to it,” says Hare.