Have We Come to Rely on Instant Gratification?

The rise of 'Amazon effect' feeds our need for quick delivery. But that doesn’t mean we’ve lost all impulse control. 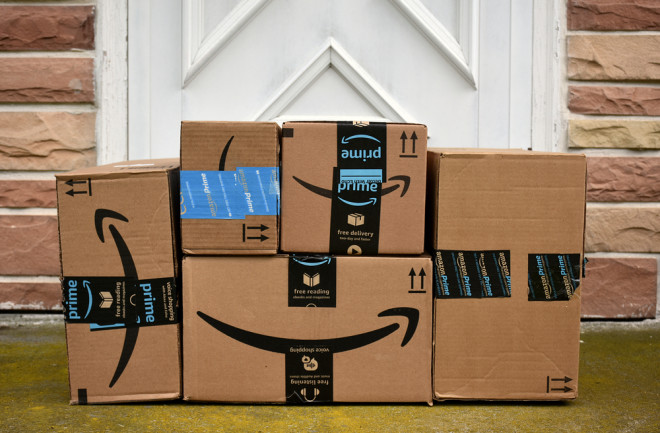 Rapid delivery is a relatively new phenomenon. It started when Amazon introduced Prime in 2005 and promised two-day shipping. When Amazon entered the grocery business in 2017, it made same-day delivery possible. One industry analyst wrote we had entered a new era. Instead of price wars, it was time wars. Who could get it to the consumer the fastest?

“Amazon effect” is associated with increased expectations for quick delivery. These desires have pressured, if not irritated, retailers. One study on furniture sales found that delivery time is a major factor when consumers make a purchase. Interest in an item dropped by almost 40 percent when the lead time upped from two to five days.  Demand for quick delivery has even been blamed for scientists purchasing antibodies based on how quickly they will arrive, not the quality of the validation data.

Wanting something right now is a desire associated with instant gratification, a behavior linked to impulse control and addiction. Researchers, however, are learning more about how the brain perceives pleasure and what happens when impulses take over. And although retailers might not appreciate the Amazon effect, it likely has no relation to a consumer’s lack of impulse control.

Scholars have long considered a person’s ability to pass on pleasure, but they only began testing it in the early 1970s.  Psychologist Walter Mischel, head of the famous Stanford Marshmallow Study, offered preschool-aged children their choice of marshmallows or pretzel sticks. He then told them they could have the treat now, or — if they could wait 15 minutes to snack — they would be rewarded with more. He left the room and returned to see whether the child gobbled the treat or was able to hold out for the promise of more.

In 1990, the team followed up with the children from the original study. He learned that the children who waited for a bigger reward were later reported by their parents to have better academic performance than those who didn’t delay gratification. Mischel concluded the kids who waited were better at coping with disappointments and stresses.

Since the landmark study, social scientists have experimented to learn how a person delays gratification. One study from Florida State University found that willpower was a limited resource. In the study, participants were either encouraged to eat freshly baked cookies or to opt for radishes instead. They were then given a geometry puzzle to solve. The cookie eaters worked on the puzzle for an average of 20 minutes; the radish munchers lasted only eight minutes. The study’s leader theorized the participants who abstained from the cookies had exhausted their willpower.

With the help of functional magnetic resonance imaging (fMRI) machines, scientists are better able to understand what is happening in the brain when a person is presented with something irresistible.

The ventral striatum, located in the midbrain, is part of the limbic system and is linked to perceiving rewards and pleasure. Studies using fMRI machines have found increased activity in the ventral striatum when a study participant is offered something gratifying such as a financial reward.

When a person perceives pleasure — say, a glimpse of a slice chocolate cake on a restaurant’s dessert menu — the ventral striatum experiences increased activity.  The prefrontal cortex, which handles reasoning and rational thought, must override the drive and tell the server ‘just the check’ will be fine.

Researchers have used fMRI machines to present a participant with a potential reward, and then observe the prefrontal cortex activity as the person either opts to pursue pleasure or holds off. These scans have found distinct neural activity between control groups and people with obesity, alcoholism or a nicotine addiction.

A 2017 study of people with video game addictions, for example, found reduced activity in the dorsolateral prefrontal cortex and bilateral inferior frontal gyrus. Participants were placed in an fMRI machine and then given a series of choices to receive a small amount of money now or wait several days to receive a larger amount. The value of the money and length of delay varied.  Participants with gaming addictions were more likely to choose the instant reward than the control group. Combined with the reduced neural activity, the researchers concluded that participants with video game addictions were more impulsive and more likely to have trouble with decision-making.

OK Google, is This a Problem?

Video game addictions interest scholars because of what has been described as the “upgrade treadmill.” Games are designed to keep a player engaged, and they continuously offer ways to move up a level or acquire more resources. The brain releases dopamine in a similar way as it would in reacting to amphetamines. The person then continuously pursues the dopamine release to receive that same pleasurable sensation.

Unless a person has a disordered problem with online shopping, wanting quick delivery is not a problematic example of instant gratification. And because of free return policies, consumers often buy an item with the understanding it might be sent back, which means they aren’t even committed yet to the purchase.

Although retailers might struggle with shipping, past consumer polls indicate that rapid delivery was introduced as an incentive for consumers to shop online. The same year Amazon Prime  started, only 46 percent of Americans had ever bought a product online. Thus, prompt delivery didn’t stem from consumers’ demand for instant gratification. It came from a retailer’s demand for consumers.