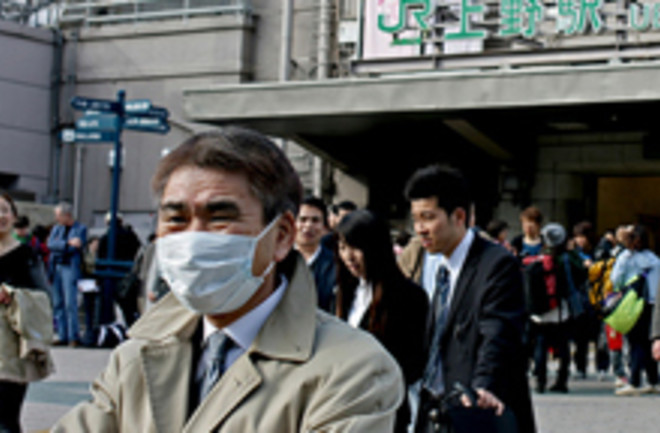 While initial public panic about the swine flu outbreak has largely subsided, the virus continues to spread through our species: The World Health Organization has tallied more than 10,000 cases worldwide, with 80 deaths confirmed. As patterns begin to emerge regarding who gets infected with the H1N1 flu virus, health officials are beginning to map out strategies for a potential wide-spread vaccination campaign. Young people are particularly prone to infection, researchers say.

Preliminary studies of family transmission showed that when one member gets infected, the most likely to follow are those under 18, not parents or grandparents [The New York Times].

The virus's spread through the young has led to the closing of schools in infection hotspots--Japan is the most recent country to shut school doors--but most cases in young people have not been severe. The people who do get more serious cases that lead to hospitalization have tended to have underlying health conditions like heart problems, lung ailments, immune diseases, and diabetes. Surprisingly, obesity has also emerged as a risk factor. Researchers says the link between obesity and more severe swine flu may be explained by physical pressure on the lungs. Studies

have shown that pregnant women are also at higher risk for serious influenza infection, especially in the third trimester, when the fetus and womb compress the lower parts of the lungs. This makes it harder to breathe deeply and cough forcefully; it may also alter blood flow in the chest. A similar thing may be occurring in severely overweight people, some experts speculated [Washington Post].

If a wide-spread vaccination campaign is launched, it's possible that obese people will join other high-risk groups at the front of the line, say officials from the Centers for Disease Control and Prevention. The outbreak's spread to Japan has alarmed Asian health officials, who warn that the virus may have already

reached Tokyo, which with almost 36 million people is the world's most populous urban area. Face masks have become ubiquitous on buses, commuter trains and in shopping centres of affected areas in Japan where 228 people have been infected. Many of the cases have been among school students, prompting authorities to close more than 4,400 schools, colleges and kindergartens for the rest of the week to slow the spread of the virus [AFP].

WHO officials have asked vaccine makers who usually turn out seasonal flu vaccines to develop batches of a swine flu vaccine for testing, although the organization has not yet asked the companies to launch a full-scale manufacturing effort. WHO officials say that drug makers could potentially turn out 4.9 billion doses of vaccine within a year, and note that they're taking steps to be sure that vaccines aren't monopolized by richer countries.

WHO Director-General Dr. Margaret Chan told reporters after a meeting with 30 pharmaceutical companies that WHO was working to secure supplies of vaccine for poor countries in case of a pandemic.... Six companies have pledged to make 10 percent of the vaccine they produce available for distribution to poor countries, and eight are in talks about donations [Reuters].

Related Content: 80beats: WHO Rejects Allegations That Swine Flu Escaped From a Lab 80beats: Swine Flu Will Likely Sicken Billions But Kill at a Low Rate 80beats: Swine Flu Outbreak May Subside, but Officials Are Wary of a Second Wave 80beats: Genetic Analysis of the Swine Flu Virus May Indicate a Less Lethal Threat 80beats: As Swine Flu Spreads, Focus Shifts to a Potential Vaccine