WHO Rejects Allegations That Swine Flu Escaped From a Lab 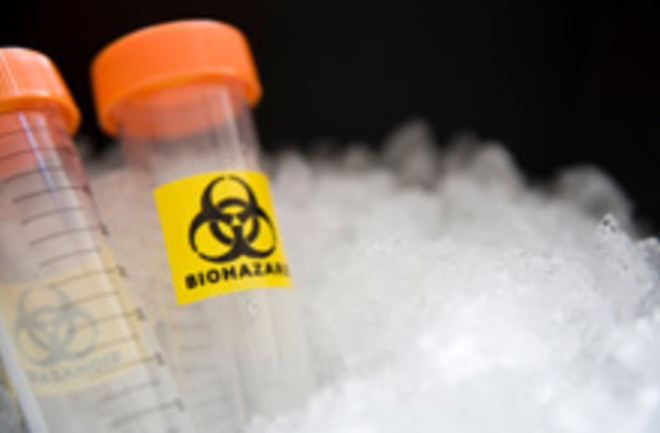 The swine flu virus that has infected almost 6,500 people in 33 countries is not the product of a lab accident, World Health Organization officials declared yesterday. The health officials were arguing against a hypothesis that emerged earlier this week. An Australian researcher named Adrian Gibbs who was has been involved in the development of antiviral flu drugs issued a report

suggesting the new strain may have accidentally evolved in eggs scientists use to grow viruses and drugmakers use to make vaccines. Gibbs said he came to his conclusion as part of an effort to trace the virus’s origins by analyzing its genetic blueprint. “One of the simplest explanations is that it’s a laboratory escape,” Gibbs said.... “But there are lots of others” [Bloomberg].

Gibbs said this new virus had evolved faster than other flu viruses found in pigs, which he said suggested that it combined with other viruses being used in a lab. He argued that the virus could have then escaped into the general population. But at a press conference, WHO official Keiji Fukuda announced that the hypothesis had been investigated and rejected.

"Based on that evaluation by all of the laboratories, the conclusion is that this group of scientists feels that the hypothesis does not really stand up to scrutiny," Dr. Fukuda said. "The evidence suggests that this is a naturally occurring virus and not a laboratory-derived virus" [MedScape].

He did not go into specifics of the investigation, but did say that the virus's mutation rate was typical. A flu virus is constantly evolving in subtle ways, and can sometimes mutate dramatically because its

genes are on eight separate strands, or "gene segments." One or two or more can be replaced, like cards in draw poker. That's a rare event, however, and requires that two flu strains invade a single cell, replicate and then get their products mixed up in the packaging. The result is a virus dramatically different in immunological appearance, and sometimes in disease-causing capability, from either parent [Washington Post].

Somehow, the H1N1 that health officials are grappling with did shuffle its genetic cards in such a fashion, combining genes from North American and Eurasian pig viruses. WHO officials also announced yesterday that