The team’s technology could have implications for human surgeries, transplants and other treatments. 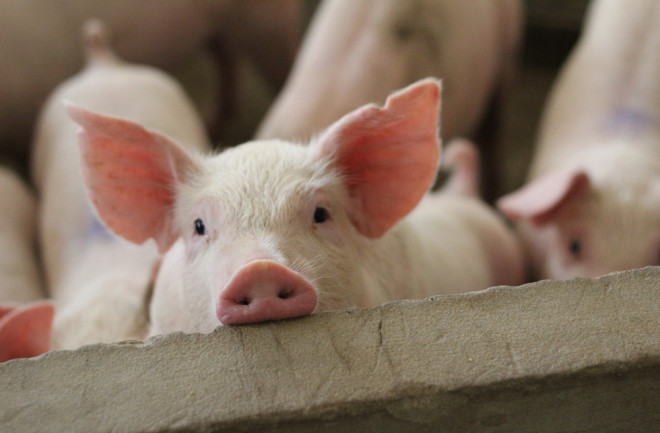 As an animal dies, its inability to continue its circulation of blood and oxygen causes a torrent of internal issues that destroy its body’s cells and organs. Though this destruction has historically been a quick process, scientists say it need not occur at such a fast rate.

According to recent research in Nature, researchers have developed a technology that pumps protective fluids, capable of restoring circulation and certain critical functions to the cells and organs, throughout the bodies of deceased pigs. If further developed, the technology could have huge impacts on the field of human healthcare.

Though the loss of circulation and the destruction of cells and organs inevitably occurs following a death, scientists have always wondered about their ability to postpone the inevitable.

"All cells do not die immediately. There is a more protracted series of events," says David Andrijevic, a study author and neuroscience researcher at Yale School of Medicine, in a press release. "It is a process in which you can intervene, stop, and restore some cellular function."

Building upon a past machine that treated the brains of deceased pigs, a team of researchers created a modified version of the technology to reinstate circulation, as well as certain cell and organ functions throughout the whole bodies of swine. This restoration, the researchers say, shows serious promise for supporting human organs through surgery and increasing their availability and viability for transplant in the future. The technology could also assist in the treatment of organ damage, the researchers add.

Named "OrganEx," the new technology acts as a sort of perfusion machine. It fills in for important organs and pumps specialized fluids that support cell and organ function all throughout the body.

To test the machine, the team caused cardiac arrest in anesthetized pigs. An hour after their deaths, the researchers started treating the animals with OrganEx, and following six hours of treatment, the researchers found that circulation and certain cell and organ functions had returned to several areas of the pigs’ bodies. This included their brains and hearts, the latter of which was still able to beat.

"Under the microscope, it was difficult to tell the difference between a healthy organ and one which had been treated with OrganEx technology after death," says Zvonimir Vrselja, another study author and neuroscience researcher at Yale School of Medicine.

More than just the partial restoration of the cell and organ function, the researchers also observed sudden muscular movements around the pigs’ heads and necks. Though these animals remained unconscious and anesthetized throughout the entire experiment, these movements indicate that the bodies maintained their ability to move.

The researchers say that additional studies are necessary to understand the degree of restored functionality in the pigs’ cells and organs. They also say that rigorous reviews are required to ensure the ethics of further study.

"There are numerous potential applications of this exciting new technology," says Stephen Latham, director of the Yale Interdisciplinary Center for Bioethics. "However, we need to maintain careful oversight of all future studies, particularly any that include perfusion of the brain."