For many, the darkness of the season can come with serious mood disturbances. Though, studies show that seasonal affective disorder and aging are not correlated. 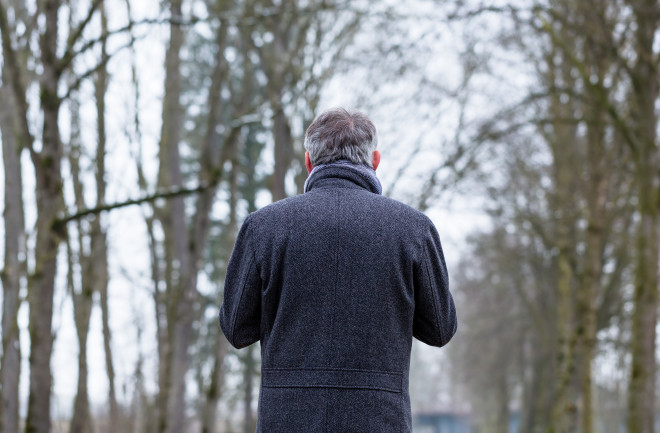 The days are getting shorter, it’s harder to get out of bed in the morning and it’s darn near impossible to get outside before the sun goes down at night. For some, the winter months make us want to saddle up on the couch with a bag of potato chips and hibernate until spring. And for those with seasonal affective disorder (SAD), a subset of depression that occurs during the winter, the darkness of the season comes with much more serious mood disturbances.

Plus, with age, the weight gain, sleepiness, and lethargy associated with SAD may seem to get worse, and the heaviness of winter may feel harder to overcome than in years past. Teodor Postolache, a psychiatry professor at the University of Maryland School of Medicine, says that although the data doesn’t support the condition getting worse with age, other factors may be at play.

For example, older individuals are more likely to be lonely, which when coupled with SAD, can worsen the winter burden, especially around the holidays. Commemorating the loss of loved ones during the winter months is also more common in the elderly, says Postolache. “Older people are more likely to have had loved ones die and if these losses occurred during the winter months, SAD can feel harder than in years past,” he says.

For the most part, research shows that SAD does not get worse with age; in fact, some data shows the opposite regarding seasonal affective disorder and aging. "We don’t normally see new diagnoses of SAD in older individuals; it’s usually those diagnosed in younger years who continue to come in for treatment," says Paul Nestadt, assistant professor of psychiatry and behavioral sciences at the Johns Hopkins University School of Medicine.

Read more: What You Can Do About Seasonal Depression

Scientists are not quite sure why this happens, but it may have something to do with the way the brain processes natural light through the lateral geniculate nucleus, which receives nerve signals from the eyes, and the suprachiasmatic nucleus, which regulates our circadian rhythms. These stations in the brain become less sensitive to light as we age, as do our eyes themselves. Lifestyle changes with age play just as much of a role, says Nestadt, including daily behaviors and habits. When we’re younger we spend more time outdoors, doing things like playing sports and hiking. But as we age, the transition into winter may be less dramatic because we’re used to spending more time indoors.

While overall SAD may be less pronounced with age, the symptoms, which often include increased appetite and the inability to get out of bed in the morning, should not be underestimated. “We see a lot more weight gain with seasonal affective disorder compared to other forms of depression,” says Nestadt.

Additionally, women are more susceptible to seasonal depression than men, which may be tied to the fact that they’re also more likely to be diagnosed with depression in general. There may also be a hormonal component. Some research has shown that women with SAD are also more likely to be diagnosed with premenstrual dysphoric disorder. Though with SAD, women more commonly seek treatment compared to men, says Nestadt.

The good news is that regardless of age or gender, SAD is treatable with light therapy. Talk therapy and anti-depressants may also be effective. “The research findings surrounding light therapy are really strong,” says Nestadt.

Most experts recommend the use of a 10,000 lux light each morning for 30 minutes. (Lux is a measurement to account for the amount of illumination provided per unit.) That doesn’t mean that you have to sit and stare at the light; simply placing your bright light on the kitchen table when you’re eating breakfast or catching up on emails in the morning can be enough to get the job done.

But you have to make sure that you choose the right light. A 10,000 lux light box is bright enough to mimic the sunshine of a summer day. Paul Desan, a psychiatrist at Yale School of Medicine, notes that light boxes aren’t regulated by the U.S. Food and Drug Administration, so the market is wrought with fraudulent products. Desan and his team at the Yale Winter Depression Research Lab evaluated a number of lights on the market and have come up with a listing of effective products. “I’ll have a patient tell me that light therapy didn’t work for them but they’re often using products that aren’t strong enough,” says Desan.

Still, overall, Desan says SAD is not taken seriously enough — and impacts a large portion of Americans, though states like Florida and Texas are less impacted. Research has shown that seasonal affective disorder impacts 5 percent of the population at mid-Atlantic latitudes (places like Washington D.C., Virginia, Maryland, Delaware, West Virginia, and New York) and as high as 10 percent in the northern portion of the country. This means up to 10 percent of people in the northern United States meet the criteria for a serious depressive episode each winter.

“There’s an important public health message here,” says Desan. Fortunately, for many people, the fact that seasonal affective disorder is a treatable condition can help shine a light on those darker days.