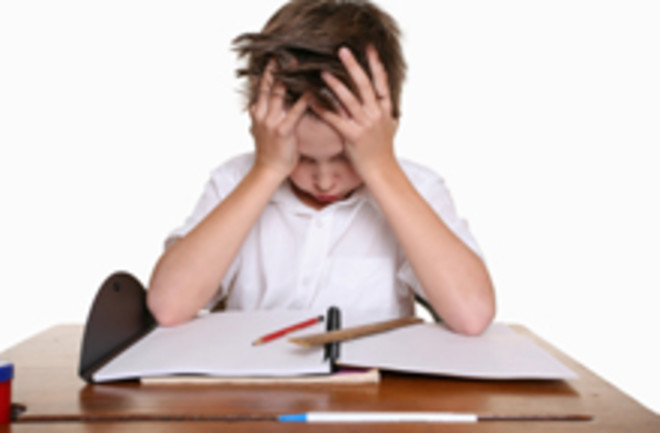 Add one more to the list of environmental factors that could contribute to the rise in attention deficit hyperactivity disorder (ADHD): pesticides. A new study out in Pediatrics argues that there's a connection between high exposure to common pesticides and increased risk for children developing ADHD. Maryse Bouchard and colleagues looked at more than 1,100 children aged between 8 and 15. All of them had been sampled by the National Health and Nutrition Examination Survey (NHANES) between 2000 and 2004, and 119 had been diagnosed with ADHD. Bouchard's team studied their urine samples for chemicals called dialkyl phosphates, which result from the breakdown of organophosphate pesticides used to protect fruits and vegetables.

For a 10-fold increase in one class of those compounds, the odds of ADHD increased by more than half. And for the most common breakdown product, called dimethyl triophosphate, the odds of ADHD almost doubled in kids with above-average levels compared to those without detectable levels [Reuters].

According to the researchers, there are about 40 organophosphate pesticides in use in the United States, the most famous of which is malathion

. It was heavily sprayed in California

in the early 1980s to try to kill the Mediterranean fruit fly, and also about a decade ago to try to stop the spread of West Nile virus

Using the large sample of children from NHANES allowed the researchers to adjust for location, race, and other factors that have confounded studies like this trying to link an environmental factor to a particular condition. However, the scientists admit, the weakness of their study is that using NHANES data allowed them to see just one urine sample taken at one point. Thus, they couldn't determine the source of contamination, nor could they see how levels of the chemicals in question built up over time. And since that buildup over time is what would spur the potential neurochemical changes that would increase ADHD risk, Bouchard and colleagues write, their study shows correlation but not causation.

Bouchard's analysis is the first to home in on organophosphate pesticides as a potential contributor to ADHD in young children. But the author stresses that her study uncovers only an association, not a direct causal link between pesticide exposure and the developmental condition. There is evidence, however, that the mechanism of the link may be worth studying further: organophosphates are known to cause damage to the nerve connections in the brain — that's how they kill agricultural pests, after all [TIME].

80beats: Why ADHD Kids Have Trouble with Homework: No Payoff