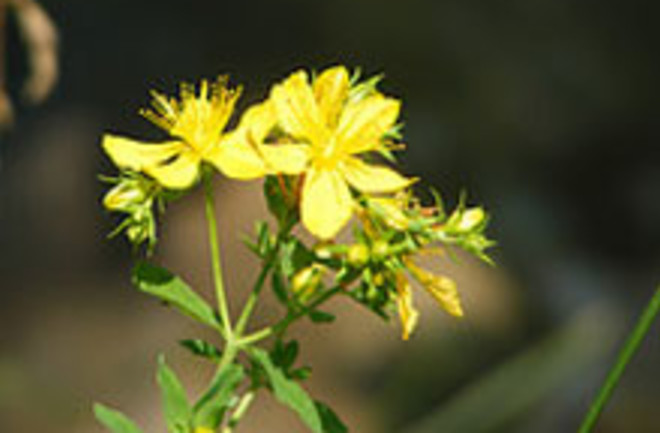 Kids are bouncing off the walls like never before. Attention deficit hyperactivity disorder (ADHD) has become one of the most commonly diagnosed mental disorders in children, with about 4.4 million cases in the United States. But while medications like Ritalin are very effective in getting these kids to focus on their homework, some parents worry about the effects of long-term use, or have more amorphous concerns about suppressing their children's personalities. It's no wonder that more than half of these parents have experimented with alternative medicines and special diets. Now, however, one of the leading contenders for an effective alternative medicine has been debunked in a new study. Researchers tested St. John's wort, an herbal supplement that's been adopted as an alternative treatment for ADHD and which is also used to treat depression. They found that children taking the herb fared no better than those taking a placebo pill. Researchers thought St. John's wort might work for ADHD because it has been found to increases the brain chemical norepinephrine in rats; some ADHD prescription drugs boost levels of norepinephrine, which is thought to play a role in focus and attention. But the study, published today in the Journal of the American Medical Association, showed that in a group of 54 children with ADHD between the ages of 6 and 17, those taking the herb got no measurable benefit. Researchers say these findings should serve as a warning to parents treating their children with untested herbal remedies. "Do an Internet search and you'll find a wide variety of herbal products marketed for ADHD," said lead author Wendy Weber of Bastyr University's School of Naturopathic Medicine in suburban Seattle. "I've found there is very little research on the majority of products out there"

Some parents will no doubt continue to experiment with alternative medicines, doctors said, but they should proceed with caution. "This was an extraordinarily good study that highlights the need for parents to be as critical of complementary and alternative medicines as they are about conventional medicines," said the author of an accompanying editorial in the same issue of the journal, Dr. Eugenia Chan, director of the ADHD Program at the Developmental Medicine Center at Children's Hospital Boston."Parents are typically very leery of stimulant medications, whereas with some of the herbs and dietary supplements, which we don't necessarily know what the side effects are, parents have a harder time being critical. It may be that because they're herbs or supplements, they're not equated with medication or that they seem natural, and natural must mean safer," Chan said