Why ADHD Kids Have Trouble Doing Homework: No Payoff 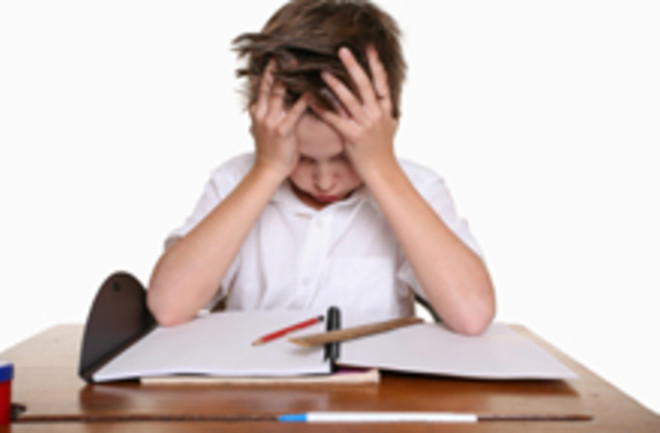 Kids suffering from attention deficit hyperactivity disorder (ADHD) may have altered brain chemistry that prevents them from experiencing motivation and rewards like other people, according to a new study published in the Journal of the American Medical Association. Lead researcher Nora Volkow suggests that faulty transmission of the brain chemical dopamine

may be to blame for the difficulty people with ADHD experience trying to finish tasks that have no immediate payoff — the difference between doing homework, for instance, and playing a video game [CBC News].

The researchers used PET brain scans to determine how the brains of people with and without ADHD handled the neurotransmitter dopamine, a versatile chemical that is involved in regulating mood, attention, and learning.

In particular they measured levels of two proteins - dopamine receptors and transporters - without which dopamine cannot function effectively to influence mood. ADHD patients had lower levels of both proteins in two areas of the brain known as the nucleus accumbens and midbrain. Both form part of the limbic system, responsible for the emotions, and sensations such as motivation and reward [BBC News].

While the research didn't prove that the reduced dopamine action caused ADHD, Volkow says it does indicate a possible way to cope with attention-deficit kids in the classroom--make schoolwork more immediately rewarding.

"My strategy would be rather than exercising the attention network, let me give an intervention that will make the task much more engaging," she said [HealthDay News].