The Minds of Ancient Fish May Explain the Evolution of Tetrapods

An investigation into the cranial cavities of ancient lungfish offers insight into the evolution of early tetrapods. 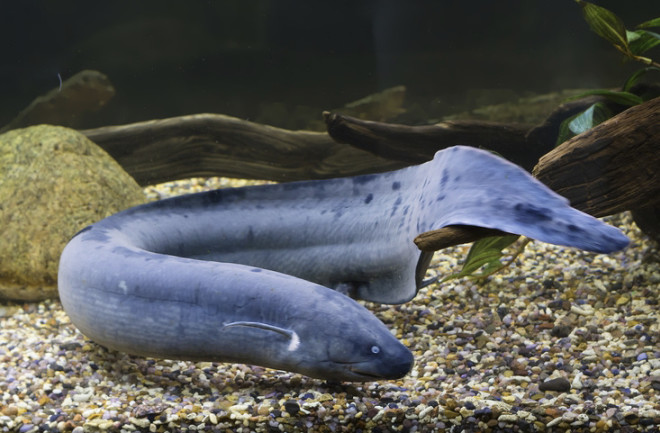 One of the most important, most mystifying moments in the history of the planet was the emergence of the first fish out of water and the evolution of those fish into the earliest land-living tetrapods approximately 250 million years ago.

Paleontologists have long endeavored to explain this evolutionary transition, and according to a study in eLife, investigations into ancient lungfish fossils could help. The studies suggest important information about the formation and the function of the first tetrapod brains.

Fish Out of Water

Scientists theorize that the tetrapods, the set of traditionally four-limbed, land-living vertebrates that includes amphibians, reptiles and mammals, all evolved out of ancient fish. In the Middle Devonian period, they say, the powerful, fleshy fins of lobe-finned fish turned into limbs, and the tetrapod appeared for the first time.

To understand this transformation, paleontologists often turn to the lungfish, one of the closest lobe-finned ancestors of the tetrapods that is still swimming today. A team of researchers from Flinders University studied the cranial cavities of six fossilized species of lungfish and found that the olfactory areas of ancient lungfish brains demonstrated high plasticity. This means that the animals possessed a particularly powerful and adaptable sense of smell in comparison to their other senses. The team also found that these olfactory areas actually increased in size throughout successive species of lungfish.

"Our discovery shows that the brains of lungfish have been evolving constantly throughout their 400-million-year history," says primary study author Alice Clement, a paleontology research fellow from Flinders University, in a press release. "It suggests they have likely always relied on their sense of smell rather than vision to navigate their environments. This is quite unlike other fish which use sight much more powerfully."

Tracing the development of these brains over time could explain much more than the evolution of the lungfish. In fact, the researchers say, it could indicate what the brains of the first tetrapods may have looked like. This could inform their understandings of how these land-loving animals evolved and how they used their senses to go about their daily lives.

To produce their findings, the researchers implemented non-invasive imaging tools to model the cranial cavities of six fossilized lungfish (Iowadipterus halli, Gogodipterus paddyensis, Pillararhynchus longi, Griphognathus whitei, Orlovichthys limnatis and Rhinodipterus ulrichi). These internal models are known as cranial endocasts, and though they cannot disclose the structure of the brain directly, they do allow scientists to surmise the size of specific sections of the brain.

"This paper effectively doubles the number of lungfish endocasts known," says senior study author Tom Challands, a paleontology professor from the University of Edinburgh in Scotland, in a press release. "Their preservation quality is often damaged by a fossil being crushed or broken, and the brain itself has very poor preservation potential and is not currently known in any fossil lungfish."

Ultimately, the team compared their endocasts to the cranial cavities of closely related living vertebrates to reveal the lungfish’s olfactory aptitude. "Studying our ‘fishy cousins’ lungfish continues to help us understand how fish first left the water some 350 million years ago and started to become land animals," Clement concludes in a press release.