The Greatest Discoveries from the Spitzer Space Telescope

As NASA's orbiting infrared observatory shuts down, we look back at some of its most important finds. 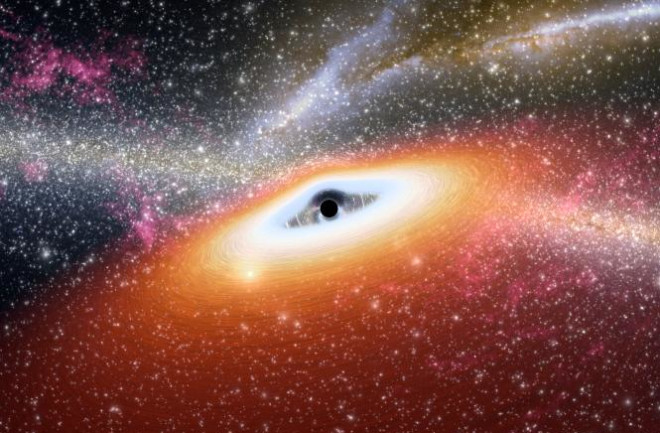 A primitive supermassive black hole. The far-away objects were one of the many targets for the Spitzer Space Telescope during its 16 years of observation. (Credit: NASA/JPL-Caltech)

The Spitzer Space Telescope is one of NASA’s “Great Observatories” designed to examine the universe over a broad range of wavelengths of light. Launched in 2003, Spitzer has scanned the skies in infrared light for 16 years.

NASA has announced that it will retire the spacecraft on Jan. 30. Over its lifetime, Spitzer revealed fascinating insights about our universe, near and far. Here's a look at some of the most awe-inspiring.

In 2009, Spitzer spotted a giant, previously unknown ring of dust and ice particles around Saturn hundreds of times as wide as the planet itself. The ring, now called the Phoebe ring, is composed of tiny, spread-out particles that reflect very little visible light from the sun, so the ring isn’t visible to human eyes. But it is warm enough to emit some heat in the form of infrared light, so Spitzer could see it.

“In our own backyard was one of the biggest things we had missed all this time, and Spitzer was able to show it to us,” said Varoujan Gorjian, a Spitzer Research Scientist at NASA's Jet Propulsion Laboratory, during a panel discussion about Spitzer that was broadcast on Jan. 23.

Seven Planets Around a Nearby Sun

After this initial discovery, more detailed observations from Spitzer and other telescopes revealed that the Trappist-1 system is actually home to seven planets — and that all seven are small and rocky. At least three of the planets are in the star’s habitable zone and have surface temperatures that could allow liquid water to exist.

Black holes don’t emit light themselves, but when material falls into the murky depths of supermassive black holes in the centers of galaxies, it can heat up and shine, giving clues as to what these black holes and galaxies are like.

In 2010, researchers used Spitzer to look at some of the farthest, earliest supermassive black holes in galaxies. They found that for a couple of the systems they studied, there was almost no dust in the galaxy centers, which is unusual. The lack of dust meant that they had spotted supermassive black holes in the very early universe, when there weren’t many heavy elements for dust particles to form from. The find helps them understand how black holes and galaxies grow and evolve.