Pi Day: The History of the Math-Centric Holiday and the Special Number It Celebrates

March 14 is Pi Day — and it's much more than an excuse to eat pie. Here's the significance of the number 3.14 and how it originated. 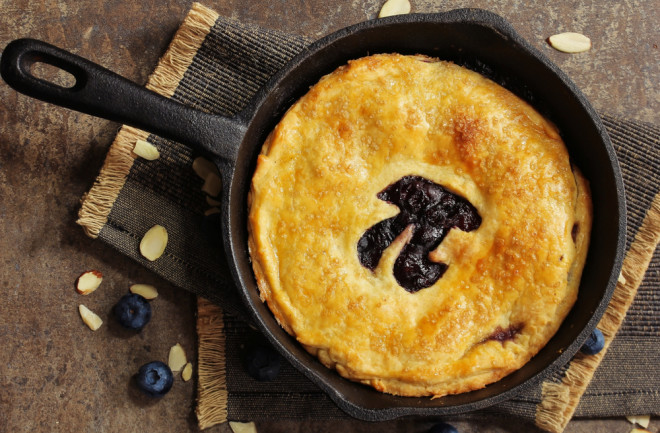 March 14 is Pi Day — so what’s with that? A holiday to celebrate a number (and eat lots of pie)? Well, yes, but pi is not just any number.

Pi is simply (well, it’s not really simple, but bear with me) the ratio of the circumference to the diameter of a circle. If you take a circle —  any circle — and divide its circumference by its diameter, you’ll get the same answer every time: a number that’s just a little over three. Stop at two decimal places and you have 3.14, which is why we celebrate Pi Day on 3/14.

But the ratio of diameter to circumference is not exactly 3.14. Pi is an irrational number, meaning that it cannot be expressed as a simple fraction. When you express it as decimal, you get an infinite, non-repeating series of numbers that have no pattern at all. So the value of pi is actually 3.141592654 and on and on ... forever.

Pi was first discovered at least 4,000 years ago. It’s not known exactly who first noted this special number, but historians say both Babylonian and Egyptian cultures used the concept (even though they didn’t quite nail down the first few decimal places correctly).

Then, around 250 BCE, the Greek mathematician Archimedes of Syracuse developed a method for getting a much closer approximation of pi. He inscribed a polygon inside a circle, then placed the circle inside another polygon. He used the Pythagorean theorem to find the areas of the two polygons. This gave him the upper and lower limit for the area of the circle. He started with a hexagon, then repeatedly increased the number of sides of the polygons. With each iteration, the polygons got a little bit closer to the size of the circle they sandwiched, a technique called the method of exhaustion, or as mathematician Steven Strogatz puts it, a “squeeze technique.” Using this method, Archimedes was able to show that pi is between 3 1/7 and 3 10/71, or in decimal notation, 3.1429 and 3.1408.

Over the centuries Chinese, Indian and Arab mathematicians continued to calculate pi to more and more decimal places. In 1706, Welsh mathematician William Jones came up with the idea of using the Greek letter π, or pi, to represent this special constant. Isaac Newton worked out how to calculate pi to 16 digits. In the early part of the 20th century, Indian mathematician Srinivasa Ramanujan came up with even more efficient ways to calculate pi. And now, in the 21st century, computers do the work (using, in part, algorithms developed by Ramanujan). In January 2020, cyber security analyst Timothy Mullican calculated pi to 50 trillion places, breaking the 2019 record of 31 trillion places held by computer scientist Emma Haruka Iwao.

Pi is useful for more than finding the area and circumference of a circle. It turns up in all kinds of places, pretty much in any calculation that involves curves. Pi is used in fields from construction to quantum physics, from music theory to medicine. Humans would never have made it to the Moon without pi. These days we probably wouldn’t make it across town; pi is essential to GPS systems, because, of course, Earth is round.

Let’s Get This Party Started

Pi Day itself was the brainchild of the Exploratorium in San Francisco in 1988, and is now an international holiday. People celebrate in all sorts of ways: trying to calculate pi by tossing toothpicks on the floor (tedious, but doable), competing to see how many decimal places of pi they can memorize, and, of course, baking and eating pies.

But you have to wonder: Why does this particular number get people — even those who aren't particularly math-savvy — excited enough to have a holiday in its honor? It may be because in addition to being useful, pi is a little spooky and a lot mysterious.

In Infinite Powers: How Calculus Reveals the Secrets of the Universe, Strogatz puts it like this:

"There’s something so paradoxical about pi. On the one hand, it represents order, as embodied by the shape of a circle, long held to be a symbol of perfection and eternity. On the other hand, pi is unruly, disheveled in appearance, its digits obeying no obvious rule, or at least none that we can perceive. Pi is elusive and mysterious, forever beyond reach. Its mix of order and disorder is what makes it so bewitching."

As computers get faster and faster, we'll come closer and closer to fully unravelling pi — but we’ll never get there. No one ever will. And that’s one of the coolest things about pi. But if that isn’t reason enough to celebrate, March 14 is also Albert Einstein’s birthday.