There's more to Einstein than the Nobel Prize for Physics and his groundbreaking theories of special and general relativity. 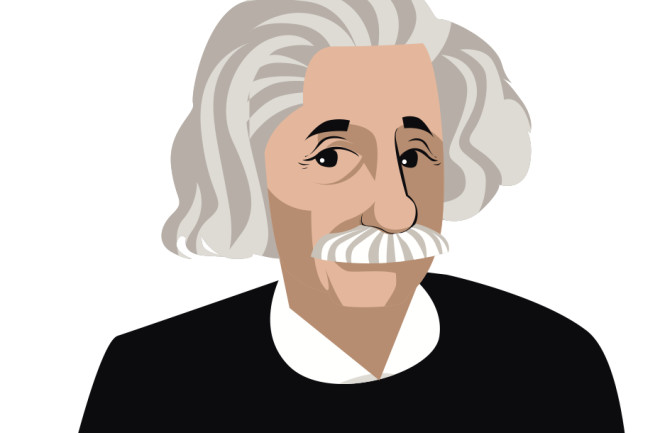 Many consider Albert Einstein as one of the greatest scientists of all time. Mostly known for his theories of special and general relativity, his pioneering work led to groundbreaking theories about mass, motion, time and space. In 1921, his discovery of the photoelectric effect won the Nobel Prize for Physics. While fascinating, Einstein’s work isn’t the only thing that’s interesting about him. Here are five facts about Einstein you may not have known.

1. A Syndrome Was Named After Him

You may have heard that Einstein did not start speaking until he was the age of five. Before that, he couldn’t speak in full sentences — causing concern with his family. However, there was no need to worry as his late-onset of language skills didn’t hold him back. By his early teens, he spoke several languages, was studying philosophy and was skilled at playing violin and piano.

The characteristics Einstein exhibited are not uncommon among late-speaking children. This led to economist Thomas Sowell coining the phrase “Einstein Syndrome,” to describe children with delayed speech (not due to autism). Common traits include being strong-willed, analytical thinkers and excelling in other areas.

After graduating from Zurich Polytechnic in 1900, Einstein unsuccessfully tried to obtain a position as a professor. At that time, he wasn’t considered especially brilliant and hadn’t yet done anything exceptional. According to the book, Einstein: His Life and Universe, it took Einstein nine years after graduation to finally get a job offer as a junior professor.

By this time, he had been working as a patent clerk while working on his doctoral thesis and earned his Ph.D. in 1905. The same year, he also published his theory of mass-energy equivalence (E-MC2). Without perseverance, Einstein wouldn’t be the universally recognizable scientist who changed the world of physics.

3. A Better Scientist Than Husband

Einstein’s first wife was a fellow physics student — the only woman in the prestigious university program. He and Mileva Marić bonded over their interest in physics and soon fell in love. Mileva made important contributions to Einstein’s work but was never given any acknowledgment or credit.

Einstein eventually grew tired of Mileva and started a romantic relationship with his cousin, Elsa. After his divorce, he and Elsa married. She was a supportive and loyal companion to her husband — managing his life and schedule, and taking care of him when he was in bad health. But he wasn’t faithful in this marriage either and had several affairs. It was later revealed that Einstein had feelings for Elsa’s daughter from a previous marriage, Ilse. And he had actually considered ending his engagement to Elsa to propose to Ilse — who was 20 at the time.

4. The FBI Tracked Him

The FBI tracked Einstein for over two decades, amassing a file longer than 1,400 pages. J. Edgar Hoover, director of the FBI at the time, was suspicious of Einstein and regarded him as a radical, and possibly subversive or communist.  He was outspoken about social issues such as racism, democratic rights, inequity and civil liberties.

When he publicly spoke out in opposition to the hydrogen bomb, Hoover became more convinced than ever that Einstein needed to be fully investigated. The FBI’s file on Einstein wasn’t closed until 1955 when he died. You can read some of the FBI’s Einstein notes and reports here.

5. His Brain Was Stolen and Studied

Einstein died at Princeton Hospital, where he had been teaching, at age 76. Immediately, Princeton pathologist Thomas Harvey removed Einstein’s brain and eyes. He conducted research on the brain and created 240 slides from collected samples. For 40 years, Harvey continued to say he was close to publishing his research. But he never did publish any findings.

His unauthorized work with Einstein’s brain caused the loss of his job and led to the end of his marriage. Years later, he eventually lost his medical license, due to unrelated matters. Starting in the late 1980s, scientists started publishing findings about Einstein’s brain. His parietal lobes (used in visual, spatial and math cognition) were 15 percent larger than normal — and he had more glial cells relative to neurons than average. However, his brain weighed in at 2.7 pounds, less than the three pound average.