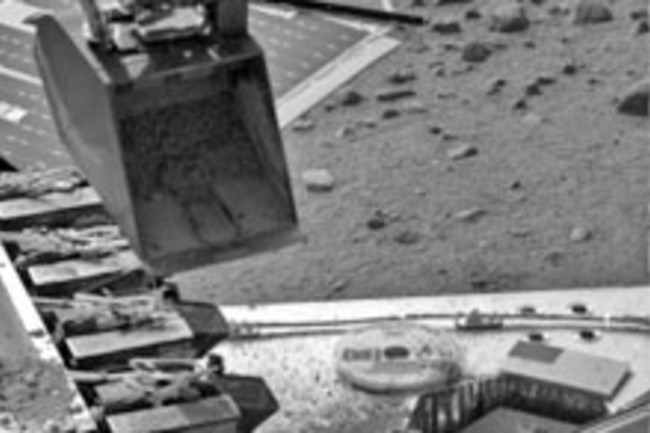 The Mars Phoenix Lander has encountered some difficulties in its attempts to analyze the icy soil of Mars. Although the scoop on the end of the lander's robotic arm has effectively scraped up samples from the rock-hard ice layer just below the dirt surface, the samples have stuck in the scoop, and haven't fallen into the waiting instrument below.

The Phoenix team tried two methods of picking up and delivering a sample of the icy dirt over the weekend. In both cases, most of the sample stuck inside the lander's inverted scoop at the end of its 7.71-foot (2.35-meter) robotic arm. "It has really been a science experiment just learning how to interact with the icy soil on Mars — how it reacts with the scoop, its stickiness, whether it's better to have it in the shade or sunlight," [researcher Peter] Smith said [SPACE.com].

The Phoenix is trying to deliver its dirt payload to an instrument called the Thermal and Evolved-Gas Analyzer (TEGA), which will slowly heat the sample.

The TEGA ovens will bake and sniff the soil to assess its volatile chemical ingredients, such as water. This could give scientists clues to whether Mars was ever capable of supporting life [BBC News].

Despite the failures over the weekend, the NASA science team is not giving up on analyzing an icy sample, which has been seen as the lander's most exciting experiment. But the team has switched focus while it plans another approach, Smith says:

"While we continue with determining the best way to get an icy sample, we intend to proceed with analyzing dry samples that we already know how to deliver" [SPACE.com].

The Phoenix did successfully analyze a sample of dry dirt several weeks ago; the results 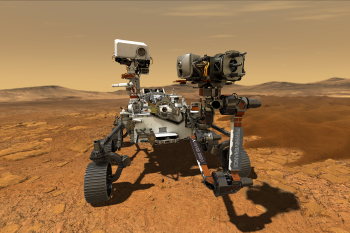