A Healthy Mars Lander Gets to Work 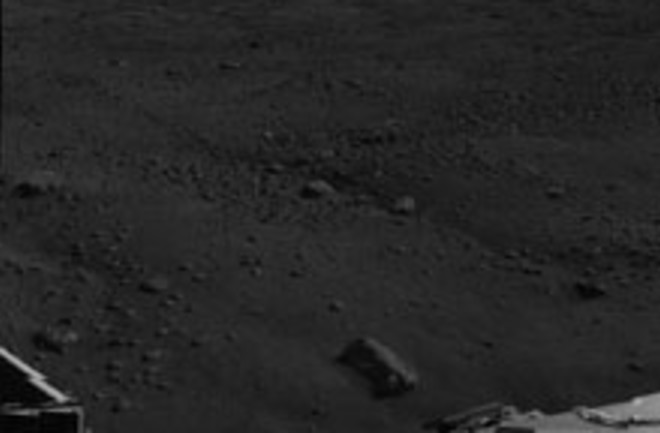 Two days after a flawless touchdown on the surface of Mars, the Phoenix Lander is busily snapping pictures of itself and of the polar landscape. It landed in an arctic plain near the north pole called Vastitas Borealis, where it is expected to discover water ice mixed in with the frozen soil. In accordance with NASA's mandate to "follow the water," its mission is to search for evidence that liquid water may have once flowed on Mars, and to investigate whether conditions may have ever allowed for primitive biological life. Before the Phoenix's landing, NASA scientists nervously pointed out that only 55 percent of all attempts to land a vehicle on the Martian surface have been successful; they also noted the spacecraft that the Phoenix most resembles, the Mars Polar Lander, crashed in 1999. However, the Phoenix made it down with only one slight hitch.

The only hint of the untoward was that Phoenix landed almost 30 kilometres east of where it was expected ... owing to a parachute opening seven seconds late. But it didn't matter. The site was free of awkward rocks and the lander settled down on an even keel, which will allow it to maximize solar power from its twin fan arrays. "This is a scientist's dream, right there on this landing site," says mission principal investigator Peter Smith, of the University of Arizona at Tucson [Nature News].

Engineers will spend about a week checking the lander’s systems to make sure nothing was damaged during descent, but the Phoenix appears to be as healthy as can be. Mission scientists hope to begin digging for ice with the Phoenix's robotic arm in about a week. NASA scientists are already thrilled by their first up-close look at the polar terrain, which revealed a "lumpy" landcape in a regular pattern that is

The lumpiness is a result of polygon-shaped furrows in the landscape that are caused by repeated expansion and contraction of an underground layer of water ice. When temperatures drop, the ice contracts and cracks. Dust probably falls in the cracks, creating a shallow depression on the surface above. When temperatures rise, the ice expands again and, because the cracks have been filled, the centers of the polygons buckle upward.

When such cracks form in wetter parts of Earth’s Arctic region, “melted ice runs into the cracks and refreezes, so you end up getting what are called ice wedges,” Dr. Smith said. If this mission were to find ice wedges in the cracks on Mars, he added, “that would mean there was a very wet environment sometime in the past in this region, and that would be a major discovery for our science team" [The New York Times].

Temperatures on Mars average around -81 degrees Fahrenheit during the day and can plunge to -170 degrees at night, but it's possible that the planet was warmer and more hospitable in the distant past. Because of the planet's "wobbling" axis of rotation, the polar ice cap of Mars may have once been pointed directly at the sun, allowing the ice to melt into liquid water. Many scientists

believe that extreme changes in climate and seasons have occurred throughout Mars' history [University of Arizona].

The Phoenix will have about three months to complete its mission before the cold, dark arctic winter descends, depriving the Phoenix of the sunlight it needs to power its solar panels.

"We're going to operate until Mars freezes over," said one mission scientist. [MSNBC]